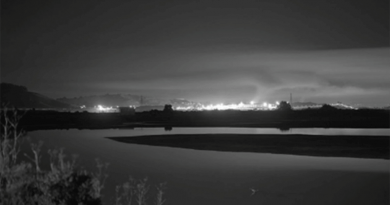 On March 28th, the Federal Bureau of Prisons reported the first death of someone in their custody: Patrick Jones, a

END_OF_DOCUMENT_TOKEN_TO_BE_REPLACED 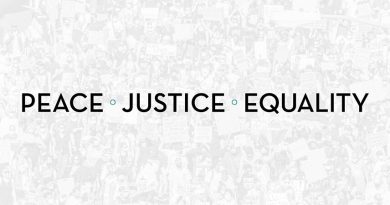 The World Peace Foundation stands with the African American-led movement demanding equality and justice and denouncing police brutality. Throughout history, Black-led justice movements—some originating in the US, but also from within Africa and across the diaspora—have resisted oppression and injustice, and have inspired others to do the same. Today is no different.

My interest here is in what these movies try to say about the world and the place of violence — evil or righteous – in it. As American films in a world where the United States still possesses more military firepower than any other country (as example, in 2016 the US defence budget nearly topped the next fifteen largest national defence budgets combined), it is difficult not to view these films as metaphors for US power, regardless of the various nationalities of the characters. The launching point for these thoughts is Wonder Woman: the first female-led superhero movie, notably directed by a woman, Patty Jenkins. One could examine the film, as many have, from a feminist perspective, in which the film appears as a triumph of female power. More interesting to me is, given the amount of violence on display in the genre, what does a film want to say about violence? In this, Wonder Woman is a serious backward step from the emerging trend of more established superhero franchises that have recently projected a sense of unease about the inevitable harms and trade-offs that come with reliance on destructive force.

In this fascinating, occasionally frustrating, book,  Rosa Brooks examines the blurring of the boundaries between war and peace that has

Most adult Africans have, at one point in their lifetime, woken up to martial music on the radio, an unfamiliar

This week, I interviewed Fred Bauma and Sylvain Saluseke, democracy activists from the Democratic Republic of the Congo. Both were arrested

In case you missed our program this afternoon, below is a re-cap via storify, with thanks to Roxani Krystalli. The program, Staying safe in armed conflict contexts: What do crisis-affected people prioritize and does it work? Do humanitarian actors and others take note?, focused on self-protection.

In November 2013, I attended a meeting in Dakar, Senegal that addressed how to memorialize slavery as part of an