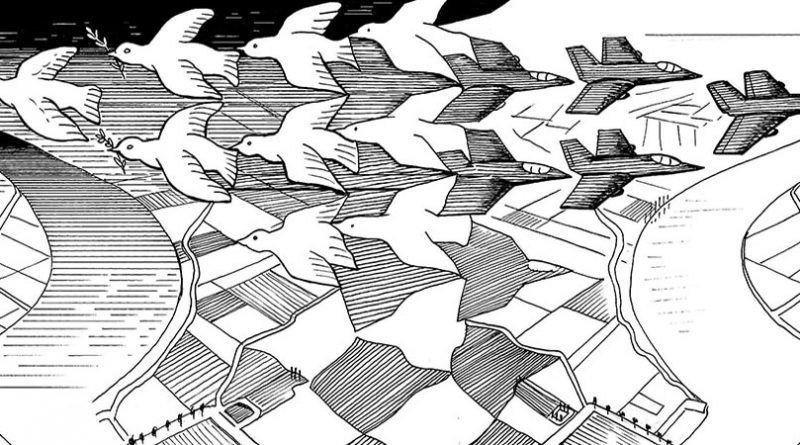 The World Peace Foundation is proud to announce that it has been awarded a two-year grant (2020 – 2022) from the Carnegie Corporation of New York to undertake research on Defense Industries, Foreign Policy and Armed Conflict.  The research team includes Sam Perlo-Freeman, Jennifer Erickson, Emma Soubrier, Anna Stavrianakis, and WPF’s Bridget Conley, with partner organization, the Center for Responsive Politics.

At least since Dwight Eisenhower’s warning about the military-industrial complex, answers to this question have focused on how the arms trade is driven by security relationships that are a mixture of: (a) foreign policy, (b) national security/defense industrial concerns, and (c) major corporate interests.  These powerful linkages between government and the arms business exist in all industrialized countries through channels including the so-called “revolving door” (employment of retired defense officials, military officers, and politicians in the defense industry, and recruitment of senior defense officials from the industry); secondments; lobbying; campaign contributions, etc.

Despite the ubiquity of the problem, very little analysis has focused on capturing precisely how these drivers interact. Even less analysis has focused on how the globalized marketplace complicates single country dynamics. Both of these matters are crucial to understand in order to develop effective, new policy to control the trade.

This project aims to fill this gap by examining the significance of these channels of influence for broader arms export patterns. It further explores the ways in which arms supply decisions and defense industrial relationships interact with exporters’ foreign policy goals towards conflict-affected areas and belligerents.

The global arms trade has proven remarkably resistant to effective controls – with direct enabling consequences on conflict situations—largely because it is driven by security relationships that are a mixture of: (a) foreign policy, (b) national security/defense industrial concerns, and (c) major corporate interests.

Existing studies point to the importance of material gains from exporting arms in terms of “wealth, power, and victory in war” (Krause 1992), and of states’ broader security and foreign policy relationships (Stohl & Grillott 2011) as drivers of arms exports; and to the importance of international reputation (Erickson 2015), normative commitments (Garcia) or legitimation (Stavrianakis) as sources of states’ commitments to regulation.  However, implementation of arms export restrictions typically falls short. Concerns for human rights and stability, articulated by western governments’ foreign ministries and development cooperation agencies, are often overruled by the priorities of trade and defense ministries.

In particular, there are numerous examples in the present day and in recent decades of major arms producers continuing to provide lethal arms supplies for use in major armed conflicts that have devastating effects on civilians, and involve severe violations of International Humanitarian Law (IHL). Most prominently, at present, are the wars in Syria and Yemen. In the former, the principle arms supplier to the Syrian regime is Russia, a country that makes few if any pretensions of applying ethical criteria to arms export decisions. However, in Yemen, the main arms suppliers to Saudi Arabia and its coalition partners, whose military campaign has created the world’s worst humanitarian crisis, are the main western arms producers, namely the US, UK, and France. The Royal Saudi Air Force, which leads the coalition bombing campaign, consists of US and UK planes, and use bombs and missiles from these countries. Investigative reporting has also revealed the extensive use of French weapons in the conflict. All of these countries have arms export rules which aim to prevent the supply of arms that might worsen conflict or be used for violations of IHL. In the UK and France, as well as other EU countries, these are written into law; and in the UK the government’s policy of continued arms supplies to the conflict parties is the subject of legal challenge.

While these are the most prominent such cases regarding wars active in 2019, they are far from the only ones. This apparent disjunction between stated policy (including legislation) and practice, calls for urgent explanation, both as a matter of developing understanding of this key foreign policy question, and in particular for civil society actors to be more effective in advocating for change.

This project seeks to explain the global arms industry’s resistance to and to expose new strategies for strengthening effective control.

To do so, it mobilises the excellent work being done by civil society organisations on government-defense industry links, in particular  Campaign Against Arms Trade’s (CAAT) Political Influence Browser in the UK; Project on Government Oversight’s database of the US revolving door, and the Center for Responsive Politics’s (CRP) “OpenSecrets” database on US industry lobbying, campaign contributions, and revolving door. Of particular importance (in the US case) will be the planned extension of the CRP database to integrate their data with data on US arms sales, and our close collaboration with them. The project will conduct new empirical research, to develop a typology of states’ practices in relation to conflict, and supplement this with in-depth case studies.

Founded in what Anna Stavrianakis has described as ‘critical sympathy’ with the goal of arms exports controls, we start from the proposition that research rigor, with deep understanding of the history of previous efforts to institute and enact arms controls provides necessary nuance and accuracy to invigorate a new change agenda.

First, it uses quantitative data to provide a broad overview of arms exports to conflict parties by ten top arms exporters, including countries that avoid voicing support for humanitarian criteria, such as Russia and China.

Second, it uses qualitative research to consider the role of the arms industry in the US, UK, and France in influencing policy, whether through direct lobbying, media campaigns, privileged access to decision-makers, or other means, and how these may affect policies relating to arms supplies to conflict zones.

The key research questions addressed by the project include:

The outputs of the project (reports, briefings, etc.), will be geared towards the policy community in a broad sense. This certainly includes policymakers within government. However, our theory of change regarding arms export policy is that pressure for greater control comes primarily from outside government, from civil society actors. This includes policy-focused think tanks and campaign/advocacy focused NGOs. Legislators and other government and opposition political actors with an interest in arms control and peace and conflict issues are also an important part of this audience. Hence, while the outputs from the project will include policy recommendations (for government and legislatures), it will also include analysis and recommendations aimed at strengthening the hand and informing the strategies of non-governmental actors seeking to promote stronger arms export control.

This project includes a collaboration with the Center for Responsive Politics. In addition to WPF’s Bridget Conley, the team consists of: 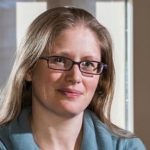 ennifer L. Erickson is an associate professor of Political Science and International Studies at Boston College. Her research interests include conventional arms transfers and arms export controls, sanctions and arms embargoes, and new weapons and the laws and norms of war. Erickson’s book, Dangerous Trade: Conventional Arms Exports, Human Rights, and International Reputation (Columbia, 2015), explains states’ commitment to and compliance with new humanitarian arms export initiatives, articulated in the UN Arms Trade Treaty and related multilateral agreements, and is the winner of the APSA Foreign Policy Section’s 2017 Best Book Award. Erickson’s academic articles on arms transfer policies and practices have been published in the European Journal of International Relations, Journal of Peace Research, Political Science Quarterly, International Studies Perspectives, and Review of International Studies. Erickson is a faculty affiliateat MIT’s Security Studies Program, a non-resident fellow at the Quincy Institute, and an Associate Editor at Security Studies. Previously, she has held fellowships at Stanford University, Dartmouth College, and from the Deutscher Akademischer Austauschdienst (DAAD). She has also been an affiliate at the Institute for Quantitative Social Science at Harvard University, the Stiftung Wissenschaft und Politik (SWP), and the Wissenschaftszentrum Berlin (WZB). She has a B.A. in Political Science from St. Olaf College and a Ph.D. in Government from Cornell University.

Sam Perlo-Freeman is a Research Coordinator at Campaign Against Arms Trade, with a particular focus on militarism and security, and the political influence of the arms industry. He is also a a Senior Fellow with the World Peace Foundation, contributing to their project on Global Arms Business and Corruption, on which he worked full time from 2016 to 2018.   He was previously a Senior Researcher at the Stockholm International Peace Research Institute (SIPRI), from 2007 to 2016. At SIPRI, he worked on issues of military expenditure, arms industry and arms trade, and in particular was head of the SIPRI Military Expenditure project from 2009 to 2016. In this capacity, he completed a project to extend SIPRI’s unique military expenditure database backwards in time from 1988 to the 1950s.  Before that he was a Senior Lecturer in Economics at the University of the West of England, working mostly in the field of defence and peace economics. He holds PhDs in Mathematics and Economics, and is the author of numerous publications on defence and peace economics, development economics, arms industry and trade, and mathematics. Some of Dr. Perlo-Freeman’s recent work has focused on the political economy of the global arms industry and trade, corruption in the arms trade, including World Peace Foundation’s Compendium of Arms Trade Corruption which he initiated, and on understanding and using data on the global arms trade. He was a contributor to Indefensible: Seven Myths that Sustain the Global Arms Trade (by Paul Holden, et al., Zed Books 2016), Project Indefensible and the WPF project detailing the myths of the arms trade. 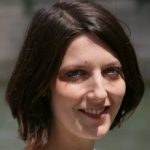 Emma Soubrier is a Visiting Scholar at the Arab Gulf States Institute in Washington (Washington, DC) and an Associate Researcher at the Centre Michel de l’Hospital, Université Clermont Auvergne (UCA, France). Her research in International Relations, Security Studies, Arms Trade, Political Science and Political Economy focuses on the Middle East, particularly the Gulf region. Through an analysis of evolving foreign and defense policies as well as procurement strategies of the countries of the Arabian Peninsula, Emma assesses the shifting power dynamics between global arms suppliers and client states – and between stakeholders within producing countries, as a result of increasing blurred lines between the political, economic, and strategic dimensions of the arms trade. In March 2018, her Ph.D. thesis received a Dissertation Award from the Institute for Higher National Defense Studies (IHEDN, France). She has participated in a wide range of joint research initiatives, such as the Armament and Defense Economics Research Group, which she helped launch at the Strategic Research Institute (IRSEM, France). Having worked for 3.5 years at the French Ministry of Defense and for 3 years at Airbus Defence & Space, Emma has written and spoken for an extensive range of audiences beyond the academic world and she has developed a practitioner’s experience and professional networks which inform her research in a distinctive way 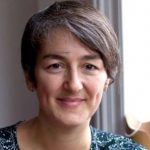 Anna Stavrianakis is Senior Lecturer in International Relations at the University of Sussex, UK. She is the author (most recently) of “Controlling weapons circulation in a postcolonial militarised world“, and “Legitimizing Liberal Militarism: Politics, law and war in the Arms Trade Treaty“, both of which analyse contemporary multilateral arms transfer regulation; and of “Playing with words while Yemen burns” and “When ‘anxious scrutiny’ of arms exports facilitates humanitarian disaster“, which focus on UK arms export policy. She has worked with NGOs and campaign groups, and conducted interviews and participant observation with state officials, for over 15 years; and also a regular contributor to national media, writing for The Independent and The Guardian in the UK and engaging with journalists at international outlets.

This project is made possible (in part) by a grant from Carnegie Corporation of New York.