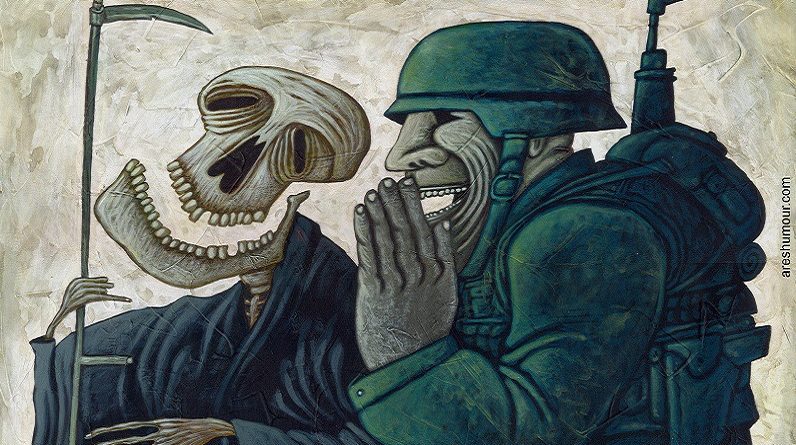 The global arms industry fuels violent conflict, not only by providing means but also cause for violence, by distorting diplomatic and democratizing processes. Corruption within the industry is often treated in terms of isolated incidents, when it is, in fact, representative of the business model for the industry. Our program aims to contribute to documenting the global impact of the industry as a way to change the conversation about its role in foreign and domestic policies.

This research project (2022-2024) aims to invigorate debate and policy about the arms trade through integrating the trade into other areas of policy, research, and activism, and re-energizing discussions through the engagement of a younger generation. Our approach is to work on three primary research areas that intersect with the global arms trade: US and European strategic partnerships in and with the MENA region; the influence of the industry on political decision-making; and climate change and militarism. This project is funded by the Carnegie Corporation of New York.

This research project (2020-2022) examines the question, why, despite robust regulation mechanisms in key exporting countries and international monitoring efforts, has the global arms trade proven remarkably resistant to effective controls – with direct enabling consequences on conflict situations? It brings together an international research team in partnership with the Center for Responsive Politics, to conduct quantitative research on global trends,  and qualitative research on the United States, United Kingdom, and France. This project is funded by the Carnegie Corporation of New York.

Myths of the Global Arms Trade

This program relays and defuses the seven “myths of the global arms trade.” Resources developed for this program include an interactive website and book, Indefensible: Seven Myths that Sustain the Global Arms Trade (Zed Books 2017), by Paul Holden with WPF project collaborators. This paper describes and classifies third-parties involved in corrupt arms deals and argues that most third-parties in the arms trade are valued as experts on the local political economy of a single country—or, at times, a group of countries with overlapping political cultures and elites. Rather than being globe-trotting shadow brokers with influence and connections all around the world, independent third-parties are usually geographically limited in their usefulness and have highly specific business and political knowledge.

The Corruption Tracker (“CT”) is a youth and women-led project established in 2020 between the World Peace Foundation (“WPF”, Boston, M.A.), Shadow World Investigations (“SWI”, London, UK), and the Global Net Stop the Arms Trade (“GN-STAT”) at the Arms Information Centre (Freiburg, Germany). The CT aims to create an up-to-date, online tracker of all cases and robust allegations of corruption in the global arms trade. The tracker’s initial set of cases builds on the work of SWI and data collected by the WPF’s Compendium on Arms Trade and Corruption.

A typology of corrupt third-parties in the legal arms trade

This paper describes and classifies third-parties involved in corrupt arms deals and argues that most third-parties in the arms trade are valued as experts on the local political economy of a single country—or, at times, a group of countries with overlapping political cultures and elites.

This report discusses both the warning signs that help citizens, NGOs, governments, and those companies seeking to avoid corruption to identify and avoid corruption risks – and the ‘Red Diamonds’, the underlying politics and economics of the arms trade.

This research provides the first global analysis of how conflict in, or involving, a recipient state, impacts exporters’ willingness to supply arms. It analyses the top eleven global arms suppliers over the ten-year period 2009-18.