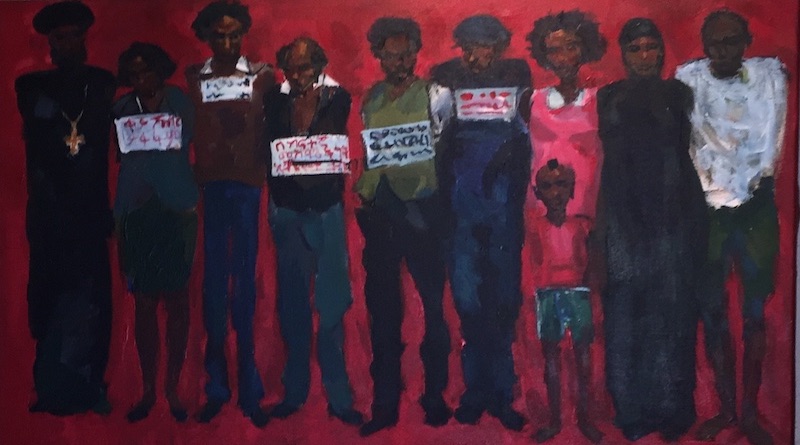 Mass atrocities, defined as widespread and systematic violence against civilians, are a focus of the WPF’s research agenda for two reasons. In and of themselves, atrocities are a form of war against unarmed people. And, secondarily, long after violence ends,  memory of brutality can provide fuel for future conflicts. The WPF program marries principled rejection of violence against civilians with critical analysis of response mechanisms. It focuses on two key areas: how mass atrocities end and how they are memorialized.

In Their Presence: Debates on the Dignity, Display and Ownership of Human Remains

This program (2016 – 2019) asked how does memory of mass atrocities evolve over the long duration of a political transition, and what are the implications for future memory projects? The research presents the institutional roots and ongoing social role and practices of a single, marginalized example of memorialization, the Red Terror Martyrs Memorial Museum (RTMMM) in Ethiopia. It draws on comparative research on transitional justice, memory studies, and museum studies, to argue for the unique, if limited, contributions of memorial museums on a post-conflict horizon.

This program (2011 – 2021) primarily focused on studying patterns of endings. In this program, ‘endings’ includes analysis of patterns of de-escalation of direct, lethal violence and other forms of harming civilians, and the study of recurrence in the context of global trends. The focus was determined by two interests: first, the impact of organized violence on civilian populations, and second, concern that conventional narratives of ending atrocities through military intervention were inadvertently lowering the bar for military intervention by adding a human rights based argument to buttress militarism.

Speakers series: ‘In Their Presence’: Debates on the Dignity, Display and Ownership of Human Remains.

This series of five panels over academic year 2020-2021 brought together leading international voices in areas of forensic ethics to address the materiality of post-life. Perspectives include the legacy of colonial violence, bringing remains ‘home’ after war, museum practices, the work of mourning, and remains in a political economy.

Edited by Bridget Conley, this volume presents an analysis of the processes, decisions, and factors that help bring about the end of mass atrocities. It includes qualitatively rich case studies from Burundi, Guatemala, Indonesia, Sudan, Bosnia, and Iraq, drawing patterns from wide-ranging data.

What is the role of memory during a political transition? Drawing on Ethiopian history, transitional justice, and scholarly fields concerned with memory, museums and trauma, the author reveals a complex picture of global, transnational, national and local forces as they converge in the story of the creation and continued life of one modest museum in the Ethiopian capital, Addis Ababa—the Red Terror Martyrs Memorial Museum.