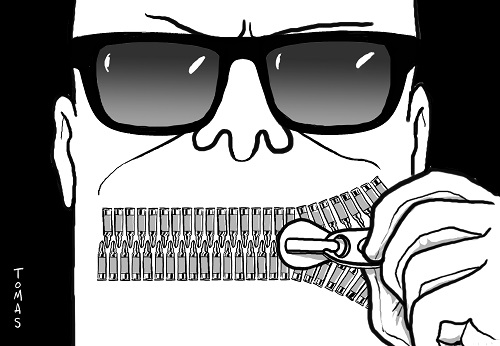 For some aspects of defence and security, there is a clear justification for secrecy by governments: war planning, technical details of advanced weapons, and the names and activities of intelligence agents, for example. But governments tend to apply wide-ranging secrecy to military, intelligence, and security matters far beyond the legitimate demands of national security.

This may be for many reasons: for one thing, because governments want to hide things that their citizens have a legitimate right to know about. Several countries publish absolutely no information about their defence budget, and many more provide only the barest details, frequently leaving out considerable off-budget spending, so that citizens have little or no idea how their money is being spent in this area. Such lack of transparency can be an effective cover for corruption. Excessive secrecy can also be used to deceive the public and parliamentarians for the purpose of achieving a particular policy goal, such as the manipulation of intelligence in both the US and UK to justify the Iraq war.

In other cases, excessive secrecy can result from more banal bureaucratic reasons. Studies in the US suggest that millions of documents are subject to classification not for overriding security reasons but because classification, and access to classified information, is a key mark of status among government employees, and secrets can be a vital commodity for trade between different agencies. An over-cautious approach that treats classification as the norm, with no disincentive for unnecessary secrecy, is also a factor. The result is both that important aspects of policy are kept out of the public eye and public debate, and that important information fails to be shared between different agencies, one of the factors, according to the 9/11 Commission, behind the failure of intelligence agencies to prevent the 9/11 attack.

The 2013 Open Society Justice Initiative, following consultations with over 500 experts in 70 countries, proposed a more positive approach with the Tshwane Principles on National Security and the Right to Information (see box).

Tshwane Principles on National Security and the Right to Information 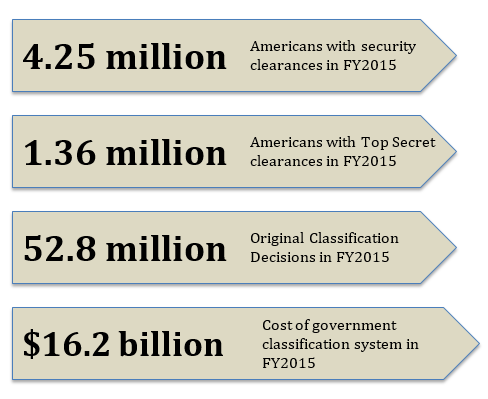