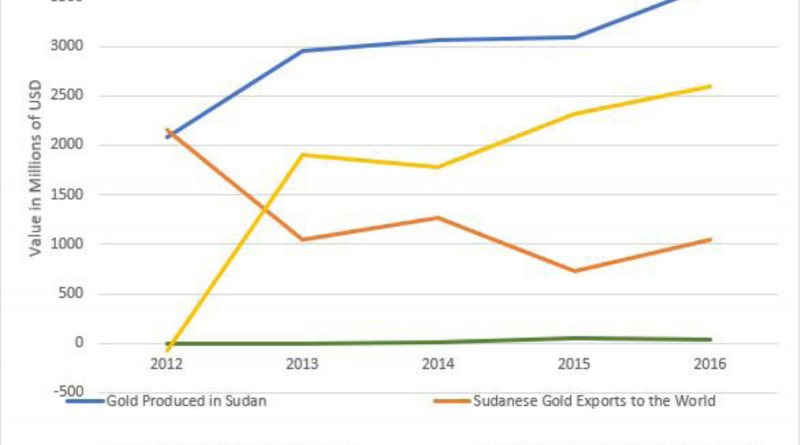 The WPF and Conflict Research Programme at the London School of Economics published “Sudan: A political market place analysis” by Alex de Waal (Occasional Paper No. 19, August 2019). Below is an introduction.

As Sudan’s military rulers and the pro-democracy coalition of Forces for Freedom and Change (FFC) resume their fraught negotiations over the composition of a civilian government, real power is being transacted according to a different logic—the political marketplace.

A political marketplace analysis of Sudan is an important tool for democracy activists in Sudan to understand the power base of the forces they are confronting. Otherwise the leaders of the FFC risk finding themselves with formal responsibility for a political apparatus, which runs according to a set of logics they simply cannot control.

The deputy chair of the Transitional Military Council (TMC) and de facto ruler of Sudan, General Mohamed ‘Hemedti’ Dagalo, is energetically cutting political-financial deals to stay on top of the country’s tumultuous politics. His is using money from the Gulf and gold trading to try to buy enough loyalty to subordinate or eliminate rivals. Hemedti’s immediate challenges arise from members of the ousted establishment who fear his rule and what it entails. He also faces a looming political-economic crisis—that cannot be solved while he remains dependent on his current sources of political financing.

The occasional paper, Sudan: A Political Marketplace Analysis analyzes the development of the country’s political economy and political market since independence, with particular attention to its last three phases: the oil-based centralized kleptocracy of the 1999-2011 period; the post-oil transition to a political market funded largely by gold, smuggling and mercenarism; and the situation today following the April revolution. The key lessons are that the shift from oil-based rentierism to reliance on licit and illicit gold sales and hiring out troops to fight in Yemen, shifted the financial basis of power from the National Congress Party establishment to Gen. Hemedti and his paramilitary Rapid Support Forces (RSF).

Both types of rentierism undermined Sudan’s long-term economic development. But reliance on gold and mercenarism also generated a new model of political financing, in which Sudan’s macroeconomic policy (and especially the activities of the Central Bank) had to be subordinated to political market calculations. The key decision taken was that, in order to ensure that small-scale gold traders, who buy gold from artisanal miners, sell it to official channels and don’t smuggle it across the border, the Central Bank of Sudan would purchase the gold at an inflated price in Sudanese pounds—and print money to fund this. The result is inflation, which deprives wage-earners in the towns and in the commercial agricultural areas, and which rewards the paramilitaries and associated traders who control gold and foreign exchange.

Since the overthrow of President Omar al-Bashir in April, this political market power configuration has not changed. In fact, it has intensified.

The TMC-FFC negotiations deal only with the façade issues of the composition of the civilian organs of government and not the real sources of power: who controls the gold, the foreign exchange, and the guns. A civilian government emerging from today’s negotiations would be impotent to address Sudan’s real problems.

Meanwhile, the crux of the Hemedti regime’s predicament lies in the fact that its strategy for managing power by exchanging material rewards for allegiance can work for the short term, but only at the cost of accelerating the political-economic dynamics that brought down Pres. al-Bashir. The cash bailouts that the regime is receiving from Saudi Arabia and the UAE just aren’t enough to square the circle of meeting his own needs for political payouts and also stabilizing the economy.

In fact, the material basis for the civic uprising—the impoverishment of millions of people—is getting worse. Alongside continuing high-profile human rights violations by the RSF and other security forces, this continues to give the FFC enormous credibility and leverage when it brings people on to the streets.

The challenge for the civilian administration is not who is represented, but what is the reform agenda, does it have political acceptance, and can it be implemented. There are three key sets of issues that need to be resolved prior to establishing a credible civilian executive.

The first is political buy-in to fixing the economy. This is where the political marketplace analysis is crucial.

At present, Gen. Hemedti is making the Government of Sudan subordinate to his transnational mercenary and gold business. While this power hierarchy prevails, Sudan cannot achieve economic stabilization or democracy.

Technocratic reform entails winning a political contest. That requires convening the business sector, the Middle Eastern sponsors, and the donors and international financial institutions to agree a plan. This will demand taking control of fiscal and monetary policy by a strong Ministry of Finance and Economic Planning and making the Central Bank of Sudan a tool for a technocratic government, not a mint for the dominant faction. Key to success will be for the Gulf states to recognize that Sudan’s economic stability (and also the viability of their own investments in agriculture, industry and trade) depends upon them taking a different approach to funding Hemedti and the TMC, and regulating Sudan’s gold trade as well.

The second is an inclusive peace process—a longstanding demand, based on historical inequalities in power and wealth. This isn’t a political marketplace challenge, though the regime will try to use divide-and-rule and monetary payoffs to achieve something that looks like a peace deal. The leaders of the armed groups have seen this before and aren’t likely to succumb. Nor will peace in Darfur, Southern Kordofan and Blue Nile be achieved by the FFC forming a civilian government and asking the armed groups to join. The leaders of the armed groups resent this condescension: they may disagree tactically and be prone to division, but they share the same fundamental concerns.

Third is stabilizing the security arena. Conventional security sector reform cannot be achieved without a consolidated security sector, which does not exist. In fact, the paramilitary RSF is today the dominant actor, with the army subordinate and the National Intelligence and Security Service vanquished. The RSF is emerging as a transnational military-commercial business enterprise. However, it has neither the power nor the legitimacy to enforce its writ. The numerous security actors (military, paramilitary, armed groups, militia) can only implement a set of security reforms by consensus. Some form of council of all military actors will be necessary.