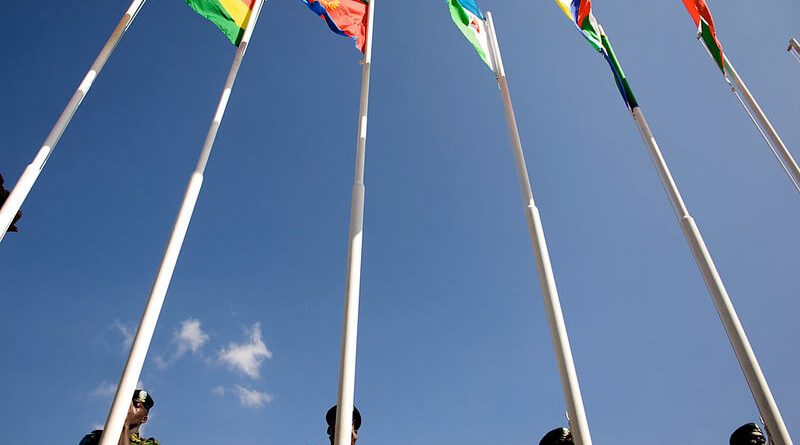 The Peace in the Horn of Africa program builds upon the WPF engagement with the African Union, including our 2016 report African Politics, African Peace, and Alex de Waal’s expertise and engagement on a broad range of issues related to African peace and security. This includes an ongoing informal advisory role to the AU High Level Implementation Panel (AUHIP), headed by former South African president Thabo Mbeki. The WPF opportunistically sponsors research, programming and outputs when we can make an impact on discussions about African Peace issues.

In July 2016, the World Peace Foundation released its report, ‘African Politics African Peace.’ The Report is the most extensive review of the African Union’s peace missions ever conducted.  It charts an agenda for peace in Africa, focusing on how the African Union can implement its norms and use its instruments to prevent and resolve armed conflicts.  It is an independent report of the World Peace Foundation, supported by the African Union.  It is based on detailed case studies and cross-cutting research, and draws on consultations with leading experts, peacekeepers, and mediators. It covers African peace and security norms and mechanisms, including conflict prevention, conflict mediation, political missions and the spectrum of military peace operations.“Peace missions” include political engagement and peace support operations.

In February 2009, the African Union High-Level Panel on Darfur (AUPD), chaired by former South African President Thabo Mbeki, and including former Burundian President Pierre Buyoya, and former Nigerian President Gen. Abdulsalami Abubakar, began its work of examining the situation in Sudan’s western region of Darfur and making recommendations on accountability, reconciliation and conflict resolution. In October 2009, their work continued as the African Union High Level Implementation Panel (AUHIP) with an expanded mandate to cover the final negotiations governing completion of the 2005 Comprehensive Peace Agreement between Sudan and southern Sudan, and, subsequently, the separation of South Sudan from Sudan in 2011.

The World Peace Foundation’s Sudan Peace Archive attempts to capture the documents that emerged out of these processes. It was established in 2013 with collections donated by AUHIP staff members Alex de Waal, Neha Erasmus, and Dave Mozersky.

In March 2009, the African Union established a high-level panel on Darfur, headed by three former African Presidents, namely Thabo Mbeki (South Africa), Abdulsalami Abubaker (Nigeria) and Pierre Buyoya (Burundi). Its mandate was to investigate and recommend policies to achieve peace, reconciliation and justice in Darfur. The Panel undertook wide consultations in Darfur and produced its report in October 2009. The AU Peace and Security Council then re-mandated the same three former presidents as the AU High-Level Implementation Panel, mandated to oversee the implementation of the recommendations on Darfur, promote democratization, assist in the implementation of Sudan’s Comprehensive Peace Agreement, and facilitate post-referendum negotiations between northern and southern Sudan. WPF Executive Director Alex de Waal was a Senior Advisor to the Panel.