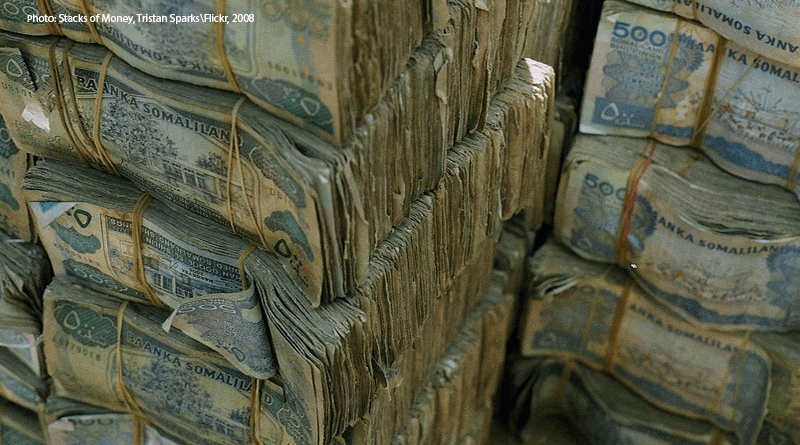 The concept of a ‘political marketplace’, developed by Alex de Waal, is gaining currency among diplomats, peacemakers, aid workers and scholars concerned with fragile and conflict-affected countries. It provides an alternative to the dominant state-building framework of political science; it is a lens that enables a focus on the transnationally-integrated processes of political bargaining that are increasingly prevalent in these countries; and it provides a vocabulary that is useful for understanding how monetized patrimonial politics operates in real time (e.g. terms such as ‘political budget’ and ‘price of loyalty’). As transactional politics and deal-making becomes elevated in the governance of western countries including the United States, the ‘political marketplace’ also has resonance well beyond the locations in Africa and the Middle East where it has primarily been used. This research program led by Alex de Waal, develops and applies the concepts of the political marketplace.

de Waal’s book, The Real Politics of the Horn of Africa: Money, war and the business of power (Polity Press, 2015) was the major output of the research into this during the period 2011-15. The book can be described as a comparative political ethnography: it is a description of how the ‘real politics’ of elite bargaining works, including the important roles played by corruption and violence, taking into account the perspectives of accomplished national and local practitioners of political business in the countries of north-east Africa. The analysis implies a general model for how transactional politics works, including the conditions under which a stable trajectory towards generating public goods including state-building might be possible. To order, visit Polity Press.

Carbon Compacts, Decarbonization, and Peace in Fragile States in Africa and the Middle East

As the world transitions away from fossil fuels, political funds available in oil-producing states will be dramatically reduced. How will traumatic decarbonization affect peace processes and political settlements in fragile oil-producing states in Africa and the Middle East? Political settlements in such states are ‘carbon compacts’: oil revenues are central to national economies, the functioning of political systems, and provide the discretionary funds needed by politicians to secure and retain power. Peace agreements may be structured around allocating revenue streams to those who have leverage over oil production and funds, and when oil revenues dry up, these states are plunged into turmoil.

The rationale for the CRP, which launched in 2017, is to apply the framework of the political marketplace to five countries: Syria, Iraq, Somalia, South Sudan and DRC, plus the Horn of Africa/Red Sea region. The program is funded by DFID, and is developed with Alex de Waal as Research Director in partnership with LSE. The guiding idea is to investigate empirically how the logic of the political marketplace, and the subsidiary ideas of moral populism and civic politics, functions in each of the locations, and to see how policies to prevent and resolve violent conflict could be designed accordingly.

Two cartoon series, by Alex de Waal with Kenyan artist Victor Ndula, depicts the “political marketplace” in South Sudan: “Who Got What” (2015) and “South Sudan: The Price of War, The Price of Peace” (2016).

The Transnational Conflict in Africa dataset inverts the standard trope that the vast majority of African conflicts are internal and not inter-state.

The Security Arena in South Sudan: A Political Marketplace Study

This report charts the shifting forms of transactional power in South Sudan and how this plays out in the expansion and contraction, fragmentation and consolidation, of the numerous armed actors.

JSRP (2011- 2016): In partnership with the London School of Economics (LSE), this Department for International Development (DFID) funded research program explores patronage markets and hybrid political orders: how fragile and conflict-ridden countries really function in fragile and conflict-affected states. The JSRP was concluded in December 2016.