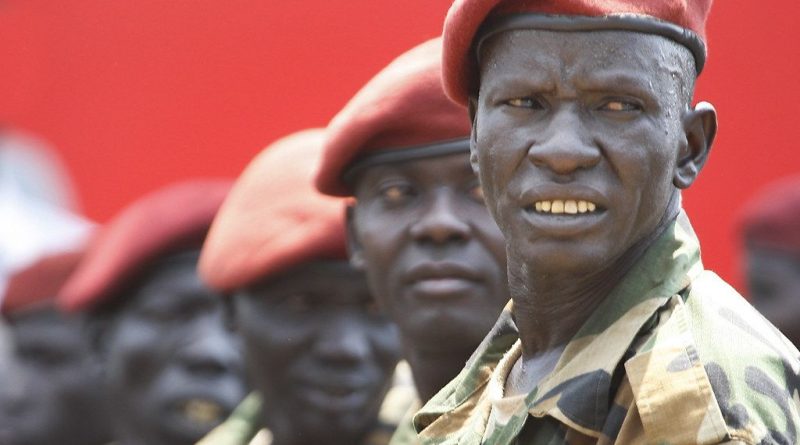 Creating a peaceful political order in South Sudan often seems like trying to cage a torrent: however creative the formula, however forceful its application, the water always escapes.

Three recent publications from the research team at the Conflict Research Programme at the London School of Economics and the World Peace Foundation deepen our analysis and point towards important policy lessons.

The routine machinations of South Sudan’s politics are hideously complicated, and risk dragging the analyst and policymaker into a tangle of ever-changing details, but there are some general lessons to be learned and applied.

In South Sudan, we are dealing with transactional politics determined by money and guns, not a state-building process. In the last three years, the regime of President Salva Kiir has emerged militarily dominant and financially more capable than its rivals. Kiir has ‘won’ in the sense that there is no immediate contender for his position, but his government has not consolidated authority over the people or the territory. In this context, ‘peace’ means moderating the coercive, autocratic kleptocracy in Juba.

The occasional paper, “A Security Arena in South Sudan: A Political Marketplace Study” by Alan Boswell, Nanaho Yamanaka, Aditya Sarkar and Alex de Waal analyzes South Sudan as a political marketplace and charts the shifting forms of transactional power in South Sudan and how this plays out in the expansion and contraction, fragmentation and consolidation, of the numerous armed actors. The political marketplace framework allows us to follow the logic of turmoil and bloodshed, and understand—and anticipate—the unintended consequences of international interventions.

The memo,“Security Sector Reform in Sudan & South Sudan:Incubating progress” by Sarah Detzner draws on this to emphasize the futility of attempting top-down, template designed SSR programs in such an environment. Comparative analysis of when and where SSR has actually worked across the world shows that there are two essential political preconditions. One is a well-informed and capable reform coalition, consisting of civil society, civilian political parties and individuals within the security establishment, who demand change. The second is an opportunity for making that demand: a democratic disruption. Currently, South Sudan has neither—but the policy starting point is building the coalition for reform, so that its members can make their claims when the right conjuncture arrives.

The third memo, ‘South Sudan: The politics of delay’, by Alex de Waal, Alan Boswell, David Deng, Rachel Ibreck, Matthew Benson and Jan Pospisil (of the Political Settlements Research Programme), develops a vocabulary to help understand the pitfalls and opportunities in trying to find peace and order amidst turbulence and persistent instability. The memo emphasizes the dangers of deadline diplomacy and suggests how to practice the art of setting the pace and sequencing of a peace process. The recent 100-day postponement of the deadline for forming the Government of National Unity (now with 71 days remaining) can be turned to the advantage of the peacemakers, by moving forward on crucial issues that might become orphaned if there is an exclusive focus on forming a government by a certain day. Among those issues are resolving tricky questions regarding the number and boundaries of the states, enacting and implementing legislation on land, and keeping up the momentum on transitional justice.