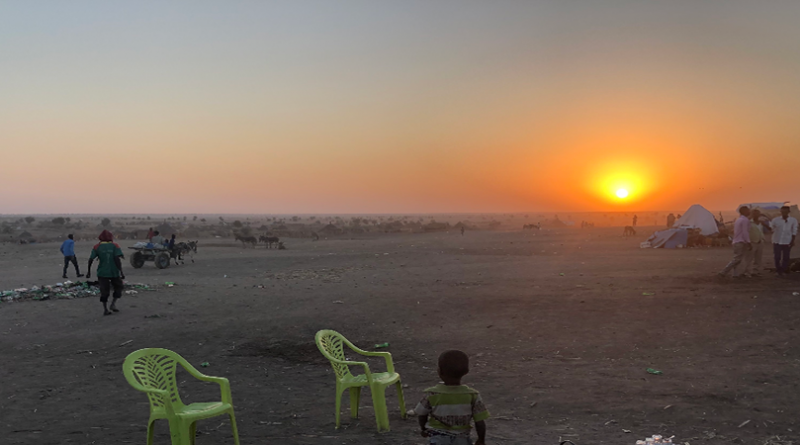 This report has benefited from the research, analysis and review of a number of individuals, most of whom preferred to remain anonymous. For that reason, we are attributing authorship solely to the World Peace Foundation.

The people of Tigray, Ethiopia, are suffering a humanitarian crisis that is entirely man-made. This special report from the World Peace Foundation documents how Ethiopian and Eritrean belligerents in the war in Tigray have comprehensively dismantled the region’s economy and food system. We provide evidence of their ongoing actions to deprive people of objects and activities indispensable to their survival—actions that amount to international crimes. We track the process of deprivation conducted in a widespread and systematic manner. We indicate where it is leading: in coming months, to mass starvation and a risk of famine; in the longer term, to sustained food insecurity and dependence on external assistance.

All the 5.7 million people in Tigray are affected by this crisis, of whom the United Nations estimates that 4.5 million are ‘in need’. It is, first and foremost, an urgent humanitarian disaster demanding life-saving assistance. The World Peace Foundation urges all the belligerents to place the survival and welfare of the affected people above political and military goals.

Panel discussion on the war and famine in the Tigray region of Ethiopia and the findings from the report “Starving Tigray: How armed conflict and mass atrocities have destroyed an Ethiopian region’s economy and food systems and are threatening famine”

Regardless of who is responsible for the outbreak of hostilities, the sole reason for the scale of the humanitarian emergency is that the coalition of Ethiopian Federal forces, Amhara regional forces, and Eritrean troops are committing starvation crimes on large scale.

This report does not go into legal details, but we believe that accountability for mass starvation crimes should follow.

The crisis is also a challenge to the international community, which invested substantial resources and expertise over 30 years in ensuring that the formerly famine-prone provinces of Ethiopia would never again be reduced to starvation—and be a charge on the aid budgets of foreign char- ities and donors. How are international partners to respond to the willful destruction of a shared project of poverty alleviation and famine prevention by their ‘development partner’?

At every stage in the war in Tigray thus far, worst-case assumptions have been proven the most reliable. What we do not yet know has consistently turned out to be more dreadful than what we can document reliably. We have reason to fear that this may be the case for the crisis of forced mass starvation.

This report cannot fill the information void. It tries instead to put together what we know about Tigray’s economy and food system with what we know about the processes whereby they are being dismantled. The report draws upon publicly available data and established frameworks of food security analysis.

Section 1 draws on existing information to provide a (blurry) snapshot of the current humanitarian emergency in Tigray. This is necessarily incomplete due to lack of access for humanitarian workers and journalists, and because standard food security forecasting breaks down in situations in which armed actors are deliberately causing starvation. The picture is extremely alarming. It points to a massive crisis for which national and international humanitarian actors were sorely underprepared, and to which the response to date is grossly inadequate. We conclude that given the food security status of Central and Eastern Tigray, it is likely that the populations of these areas have been suffering elevated mortality rates over the last two months due to the effects of hunger, acute malnutrition and disease. There are no validated methods for extrapolating mor- tality estimates from acute food security analysis that we are able to provide, but a figure in the range 50-100 excess deaths per day is credible.

Section 2 is a general analysis of the process of creating food crisis, with particular attention to the context of armed conflict. It brings together international law prohibiting starvation with the process of famine creation. The key concept here is that the crime of starvation is defined (in the Rome Statute of the International Criminal Court, and drawing on the Geneva Convention) as de- stroying, removing or rendering useless ‘objects indispensable to survival.’ We explore what this means in reality: not just ‘objects’ such as foodstuffs and medicines, but also activities such as moving freely to obtain these objects or having employment to earn money and purchase them.

Section 3 examines the structure of livelihoods and food security in Tigray prior to the outbreak of war. The region was historically a food deficit region dependent on migrant labor, and was the epicenter (with neighboring Wollo Province) of the famine of 1984-85. After 1991, the economy was developed and reconfigured by the government in partnership with international donors, determined that never again should people be reduced to starvation. Tigray became more food secure through the promotion of diversified and sustainable smallholder agriculture, commercial sesame production, artisanal mining, industries, and various components of the Productive Safety Net Program, among other initiatives. This was a major achievement that took three decades to build.

The paradox of resilience in Tigray is that this impressive development has exposed the population to new vulnerabilities should those new structures be dismantled. The economy and food system have been hard hit by the hostilities and consequent closure of banks and microfinance institutions and the interruption of government resource transfers, the seizure of land and forced displacement, and massive looting. This looting includes the systematic ransacking of industry and services along with the closure of migrant labor options. This framework provides a more comprehensive picture and indicates the trajectory of the crisis. Achieving basic food security in the next 12-18 months will be extremely difficult for the average Tigrayan, alongside the long- term challenge of impoverishment.

Section 4 compiles evidence for starvation crimes committed in Tigray. It is a detailed list based on public sources augmented by some confidential information from interviews. The evidence listed is not intended to identify specific starvation crimes nor to identify specific perpetrators. Rather, it points to evidence indicative of various criminal acts that warrant further investigation. It includes a summary account of looting and asset stripping, asset destruction, and the pillage and vandalism of health facilities, schools, homes, banks, offices, hotels, water and sanitation services, and additional private and public infrastructure. It describes the obstruction of essential activities including through ethnic cleansing, sexual violence, impeding labor migration and de- stroying opportunities for employment. This section also examines the role of the information and communications blackout in preventing affected people from coping and briefly touches on the attacks on refugee camps for Eritreans.

Section 5 turns to the inhibition of an effective international response, including lack of timely and accurate information and lack of humanitarian access. The tight restrictions on information flows from Tigray mean that widespread and systematic atrocities are concealed from the world, including essential information about the perpetration of starvation and the impacts on the civilian population. Access for humanitarian actors remains limited in where they can go, what they can do, and their ability to assess the overall situation. Most of the affected population lacks full and safe access to humanitarian assistance.

Section 6 considers responses and remedies. This begins with a cessation of hostilities and humanitarian access (for humanitarian actors and affected people). Urgent steps are needed to keep farmers on their land and provide them with the necessities for cultivating in the fast-approaching rainy season. Freedom of communication is an essential element in the above. We then turn to responding to the element of intentional starvation, which begins with acknowledging starvation crimes, investigating and punishing them, and securing restitution and reparations.

Our stark conclusion is that the governments of Ethiopia and Eritrea are starving the people of Tigray. Circumstantial evidence suggests that this is intentional, systematic and widespread. In today’s predicament it may be necessary for international humanitarian actors to cooperate with the authorities to provide essential assistance to the victims. It is not appropriate to praise the Ethiopian government for permitting modest acts of mercy towards the survivors of its policies.