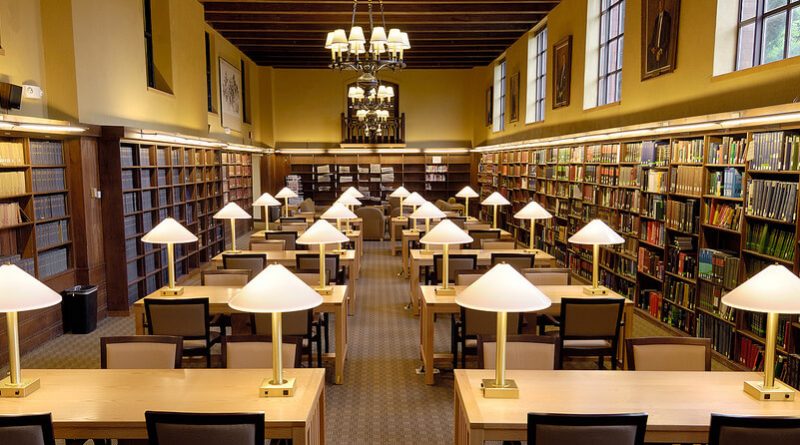 The WPF offers two forms of support for students who are enrolled at The Fletcher School: funds for student group initiatives and PhD research support. Note: Students not affiliated with Fletcher will not be considered for these grants.

Below are application criteria, deadlines and information about what to include in your proposal. Please send any additional questions to worldpeacefoundation@tufts.edu

WPF welcomes funding requests for speaker honoraria and other expenses for events sponsored by established Fletcher School student groups. Please note:  these funds are not for individual student travel for seminars or conferences.

Proposals can be submitted starting September 13, 2021 for events to be held in Academic Year 2021-2022. Proposals will be reviewed on a rolling basis until all designated funds are used.

To apply, please include the below information in a single document and send to worldpeacefoundation@tufts.edu.

The World Peace Foundation at The Fletcher School would like to announce that PhD candidates have a second chance to win our research support grant.

We were thrilled to be able to support Kinsey Spears following the first round of consideration for this grant, and now our budget will allow us to offer a second award in AY 2021-2022.

A fellowship of up to $7000 will be awarded to a doctoral candidate from The Fletcher School. Funds can be used to support travel, research, or writing undertaken during one calendar year following the disbursal of the grant. WPF follows Tufts University guidelines on research and travel during the COVID-19 pandemic, please review. Priority will be given to doctoral candidates whose project aligns with the WPF’s mission.

Applicants are eligible for funding if they have finished their comprehensive exams and have scheduled their dissertation proposal defense to take place by March 8, 2022. We have made this adjustment as we recognize that the changes to our grant-making timeline this AY might have inadvertently disadvantaged some students. We aim to return to a single grant award in Spring 2023 for the next academic year

To apply, please include the below information in a single document and send to worldpeacefoundation@tufts.edu.

Kinsey Spears is a doctoral candidate at The Fletcher School of Law and Diplomacy at Tufts University, where she also received her MALD.

Women, Peace and Security in the United States Military: Roadblocks and Entry Points for Implementation

The Good Friday Agreement and the limits of inclusion: A structural rethinking of peace negotiations

Alex McAuliff is a doctoral student at the Fletcher School of Law and Diplomacy at Tufts University, where her work focuses on gender, negotiations, and peacebuilding. She is particularly interested in the limits of women’s inclusion in negotiations absent attention to the power hierarchies that inform these processes. In her dissertation work, she questions the foundational assumptions of negotiations, with specific attention to the ways militarized power shapes the people and issues deemed conflict-related. To do so, she examines the process and legacy of the Good Friday Agreement in Northern Ireland and the ways gendered, racialized, and classed violence and insecurity continue to be experienced by those at the margins, despite twenty years of a political peace. Prior to pursuing her doctoral degree, Alex worked as a dialogue facilitator with a small peacebuilding group in Northern Ireland, as well as at Seeds of Peace, a youth-focused leadership organization. While pursuing her master’s degree, she worked with the Kroc Institute for Peace and Justice’s Women PeaceMakers Program. Alex holds a Master of Law and Diplomacy from the Fletcher School, and a Bachelor of Arts from Colby College.

Commitments and Compliance: Impact of cooperation with international human rights institutions in Sri Lanka and Nepal

Does making commitments to implement international human rights obligations improve human rights within a state? The project looks at two case studies, which at the time, were considered to be successful instances of enlisting commitments to international human rights obligations: the interventions of the Office of the High Commissioner for Human Rights (OHCHR) in Nepal from 2005 to 2012 and the Human Rights Council (the Council) in Sri Lanka from 2009 to 2019. The study examines how factors such as a desire to obtain material rewards, concern for a state’s reputation and a willingness to be aligned with human rights norms influenced the decision to commit. It assesses if there was a variation in compliance depending on the content of the obligation, for example between positive and negative obligations. It also examines how features of the domestic system such as political will and bureaucratic capacity hindered or advanced compliance. Further, the study considers how strategies employed by external actors, such as financial and technical assistance, impacted domestic efforts to comply. The study will shed light on what motivates states to cooperate with international human rights institutions and commit to human rights obligations and what factors influence their subsequent compliance.

Xiaodon Liang for his research on, ‘Military Rule and Military Industry: Prerogatives and Interests’

Violence, particularly at a large scale, can be a capital-intensive endeavor. “Who makes military weapons, and why,” are critical questions for international peace because they inform our understanding of where the threat of war might emerge. Answers provided by previous scholarship have been, however, largely focused on the necessary conditions that make military weapons production possible: an external threat, a strong economy, and a technological base. But the production of weapons is as much a political project as an economic or technological one, in which power, interests, risk appetites, and priorities are as critical as R&D and production plans.

This project puts a spotlight on the domestic politics of weapons production, and particularly how civil-military relations can affect arms production policies. Focusing on semi-industrialized countries, it examines how different actors in the military decision-making process interact under various civil-military contexts: military juntas, coup-prone democracies, and civilian-dominated political systems. The World Peace Foundation’s funding will provide support for studies of four countries – Argentina, Chile, India, and Pakistan – comparing and contrasting how their arms procurement policies have varied with civil-military conditions over time, and identifying the causal mechanisms that link the two together. The conclusions of this research may have implications for arms control efforts, including wartime embargoes and technology control regimes, as well as diplomacy with military governments and the management of transitions to democracy

Why and how do leaders of some revolutionary social movements seek to liberate leaders of their target regime as part of their resistance strategy? This essay details Anti-Apartheid Movement leaders’ commitment to non-racialism and their intentional development of bridging relationships across ‘enemy’ lines, while simultaneously undertaking violent and nonviolent resistance. Using archival material and in-person interviews this essay inductively develops a relational logic for social movement strategy in which movement leaders conceive of leaders of their target regime not as enemies, but as enemies and potential allies.

This essay expands our understanding of adversariality in social movements. It is a powerful strategy to believe (and say) that even one’s ‘enemies’ have a place in society. In contrast, when a movement leader doesn’t explicitly welcome sympathetic allies of all races, religions, etc. in a movement, then people of those races and religions are correct when they say they have no place in your society. In an era of increasing political polarization this essay focuses scholars on how relationships that bridge political divides when used alongside coercive leverage can increase inclusiveness of societies and facilitate democratization.

Roxani Krystalli for her submission ‘We are not good victims, Hierarchies of suffering and the politics of victimhood in Colombia’

“This is the era of the victims,” declared the High Commissioner for Peace in Colombia in his June 2014 address to the Colombian Senate. Yet, not all victims are created equal. Victimhood does not merely describe an experience of harm; it is also a political status and identity that invites particular performances from the state, human rights actors, and conflict-affected individuals. Demonstrating how the performances of victimhood may function separately from experiences of harm, a Colombian human rights activist told me: “In this country, we have professionalized victims.” Conflict-affected individuals themselves have expressed a perceived sense of hierarchy among their claims, with one family member of a disappeared person commenting, “we are not good victims.” In this research project on the politics of victimhood in Colombia, I ask: What does it mean to be a “good victim”? How is victimhood produced and performed—by the state and conflict-affected individuals alike—in order to be legible in the context of transitional justice processes? And what are the implications of these constructed hierarchies for theories and experiences of justice during transitions from violence? Through discourse analysis and interviews with representatives of the state and human rights organizations, I examine the production of victimhood and its corresponding hierarchies. The ethnographic component of the research illuminates not only how the status of ‘victim’ is accorded from above, but also how conflict-affected individuals themselves contest, embody, police, and perform it. This project is grounded in anthropological literature on violence, complemented by insights from the fields of transitional justice, feminist theory, and critical humanitarianism. The goal of this inquiry is to trouble, rather than reify, the category of ‘victim’ and to examine its use and effect on experiences of justice during transitions from violence.

Civilian control of the military is a fundamental characteristic of the government that affects its capacity, stability, and legitimacy. Indeed, the extent to which the military serves the society depends on the ability of elected government to limit the political power of the armed forces. Nevertheless, little research has illuminated how the government’s own actions may expand the role of the armed forces in domestic politics. As a result, policymakers are ill-equipped to evaluate whether or not their decisions will have a destructive effect on civilian control of the military. My research will remedy this gap by answering a question under what conditions do governments’ policies increase the power of the military in domestic politics?

To answer this question, I study four cases of democratic or democratizing states using their armed forces in intrastate conflicts: Russia during the Chechen Wars, the United Kingdom and the conflict in Northern Ireland, Israel in the Intifadas, and Ukraine in the ongoing Russian-backed insurgency. I examine how government’s policies aimed at tackling an intrastate threat affect civilian control of the military.

This research will improve our understanding of how governments’ decisions about the use of force can weaken civilian control of the military thus limiting the ability of the elected officials to serve the best interest of the society. The empirical findings of this study will highlight the unintended consequences of the intrastate use of the armed forces encouraging the governments to prioritize nonviolent solutions of domestic disputes. From the policy perspective, these insights will allow developing well-informed strategies of conflict management, resolution, and post-conflict state-building with taking into account the power balance between civilian and military actors in conflict-affected societies.