Libya’s activities created fears and increasing concerns for the Sudanese government, which, subsequently, adopted a strategic plan to deal with the threat. It tried to neutralize the impact of the Gaddafi regime on Sudanese internal affairs by trying to increase activities of the internal Libyan opposition, to make the regime of Colonel Gaddafi busy with internal troubles, until it could find a suitable opportunity to remove it. […]

Consequently, the Government of Sudan saw the Revolution of 27 February 2011 as an opportunity to achieve its objectives in Libya, toppling Gaddafi from power and, subsequently protecting the Sudanese national security from Libya intervention.

Today, the perception of Africa is not that good amongst Libyans. Importantly, they see Africa and Africans as burdensome and pro-Qadaffi, except for Sudan, particularly President Omar Bashir for the role that his country played in the revolution, Tunisia, which also supported the opposition, and to a lesser extent Egypt.

END_OF_DOCUMENT_TOKEN_TO_BE_REPLACED 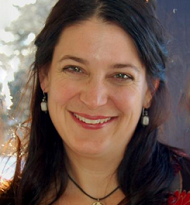 In the flurry of assessments and debates about the 2011 war in Libya that overthrew the country’s longtime ruler, Muammar

Libya today is free of Qadaffi’s spell. His regime is totally overthrown and his power-base is destroyed unlike Egypt or

by Casey Hogle and Soumia Aitelhaj A little over a year after the death of the former leader of Libya,

Powerful nations still face the temptation of interpreting international law and norms in such a way that it suits their interests, and setting them aside when they don’t. I will argue that this is not only bad for international law and international security, but it is a particularly bad practice in Africa, because of the particularities of African history and contemporary African conflicts. These particularities include both the specific local details of African conflicts, which are best addressed by those in the neighbourhood who understand them best, and also the historically-grounded African distrust of outside interventions, which militates against the success of non-African initiatives.

In short, it remains to be seen to what extent the intentions and interests of the coup leaders represent or overlap with those of civil society. But let us not be fooled by the myth of “Mali as a flourishing democracy,” nor unduly over-dichotomize the proponents of democracy versus the forces of military autocracy. Did not democracy emerge through a military coup?

The dominant interventionist approach to peace and security in Africa by-passes the hard work of creating domestic political consensus and instead imposes models of government favoured by western powers. The emergent African methodology offers a chance to develop locally-rooted solutions too often sidelined.