In this fascinating, occasionally frustrating, book,  Rosa Brooks examines the blurring of the boundaries between war and peace that has

Somalia allegedly is at war since 1991, though armed violence started more than 10 years before. To a large extent,

It is hard to say even when armed conflict began in Colombia. Most descriptions of the fighting date it back

There is an emerging trend among international counter insurgency (COIN) experts to claim that Afghanistan was a ‘mission impossible’ in terms of national building endeavors. Others contend that after a planned US withdrawal in 2014 (which will likely trigger a quick EU/NATO exit) a devastating civil war will be the fate of Afghanistan, leading to another Taliban rise. These negative assumptions have created a dismal future scenario. Many analysts, writers and even policy experts are now more inclined to accept war and conflict as a new normal in Afghanistan. Even hopelessness has crept in. Consequently, policy makers in important capitals of the world are now thinking more in terms of ‘crisis management’ rather than ‘conflict resolution’. This approach is counterproductive and even self-defeating

In 2002, the various warring parties in the Congo signed a peace deal that brought about a formal end to

The Darfur study demonstrates both the importance and the feasibility of event-based data collection in the midst of conflict, while pointing to a number of policy implications – from the utility of JMACs to the challenge of protecting civilians while adhering to peace operations doctrine. Analysts, conflict management practitioners and – most important – the victims of violence will benefit greatly from further work of this sort.

END_OF_DOCUMENT_TOKEN_TO_BE_REPLACED 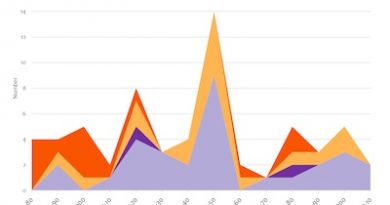 The Darfur conflict arguably become more chaotic and less-intense since the initial outbreak of violence in 2003 and its height in 2003 and 2004. Even over the course of Jan 2008- July 2009, we see considerably decreases in the amount of lethal violence. Some one-time alliances had collapsed, raising serious concerns about the credibility of any agreement reached at the negotiating table.

In these circumstances, the Darfur Peace Agreement became several overlapping bargains in an integrated political marketplace. It was a bargain between the GoS and the Sudan Liberation Army faction of Minni Minawi (the sole rebel signatory), whereby they jointly sought to impose their authority on those who didn’t sign, by force of arms. It was a series of local bargains with individual rebels. It was a deal between the GoS and the U.S., in which neither trusted the other, and which didn’t last long.

I argue that our mediation paradigms are still framed by the “old” war ideal type, in that mediators seek to achieve compromise between two adversaries with political objectives, each of which has decided it cannot fully defeat the other. In both “joint enterprise” wars and “political marketplace” conflicts, a third party mediation process is liable to become subsumed within that system of governance itself.