My article, “The ‘Politics of Protection’: Assessing the African Union’s Contributions to Reducing Violence Against Civilians” is now available through

END_OF_DOCUMENT_TOKEN_TO_BE_REPLACED 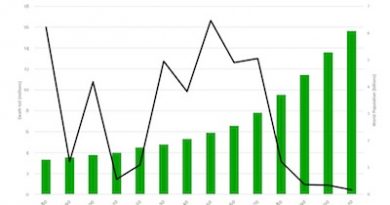 This article examines the roles of the United Nations (UN) and the African Union (AU) in the Central African Republic (CAR), where there is a long history of successive conflict resolution efforts that have been overseen by the international community and the region alternatively. The AU, regional economic communities (RECs) such as the Economic Community of Central African States (ECCAS), and regional leaders have also played important roles during the many initiatives aimed at resolving conflict in CAR. This article analyses the responses and relationship between these institutions and actors, beginning with the deployment of an inter-African monitoring mission in 1997. It focuses less on what happened during those conflicts and more on who defined the objectives and strategies of international responses, and who decided which instruments should be used in pursuit of these goals.

So the US needs a debate on reform of the existing architecture, what strategy to pursue to bring about that reform, and what role the US should play. The debate should take place now, before the US finds itself in a purely reactive mode, responding to initiatives taken by emerging powers and others who are increasingly able to shape the global agenda.

Hailing from Belarus, I spent most of my UN career working in Africa, or on issues related to the continent.

Our Oped in the New York Times last week on Syria raised many questions. In this blog I will continue

In Libya, early dialogue among key external stakeholders, including the UN, relevant regional organisations and neighbouring countries, and comprehensive consultations involving representatives of the Libyan people would conceivably have led to a joint decision as to the mandate and the course of action to be collectively undertaken. Such a joint and coordinated approach would have been beneficial to the peace process, both from the short- and long-term perspective

Faced with the prospect of renewed full-scale war between the armies of Sudan and South Sudan, both the Africa Union

The Darfur study demonstrates both the importance and the feasibility of event-based data collection in the midst of conflict, while pointing to a number of policy implications – from the utility of JMACs to the challenge of protecting civilians while adhering to peace operations doctrine. Analysts, conflict management practitioners and – most important – the victims of violence will benefit greatly from further work of this sort.