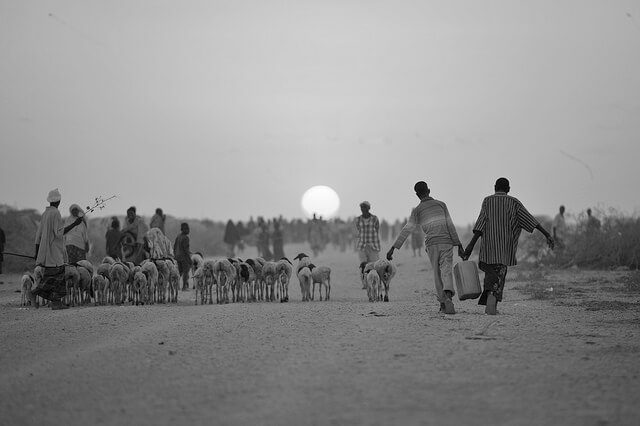 From the occasional paper by Alex de Waal, The Prairie Fire that Burned Mogadishu: The Logic of Clan Formation in Somalia, produced as part of the Conflict Research Programme.

For the last 25 years, Somalis and international interlocutors concerned with state-building appear to have assumed that ‘clans’ are the core identity units in Somalia, bonded by primordial ties. However, the prevalent formula that redefines selected corporate lineage aggregations as political-territorial identity units is a historical contingency that needs to be explained.  Somalia has a segmentary lineage system in which the recognized four major Clans are a level of collective aggregation, both arbitrary and inconsistent, determined by contingencies external to the kinship system itself. This paper presents analysis of the processes that led to the emergence of the Clan-based political-military-territorial units in the period 1987-92. It describes the transformations of pastoralism, specifically rangeland enclosure, and the resulting inter-communal armed conflicts and associated changes in the political significance of the lineage system. It describes the manipulation of lineage politics by Siyaad Barre as he sought to make his regime coup proof and the rivalries among the opposition leaders, which culminated in the formation of Clans as political units for the purposes of capturing state power. Those units proved intrinsically unstable and transient and, even with sustained efforts to find civic representatives of Clans who can share power, it is unsurprising that Clans are unsuited to serve as the basis for the reconstruction of the country.