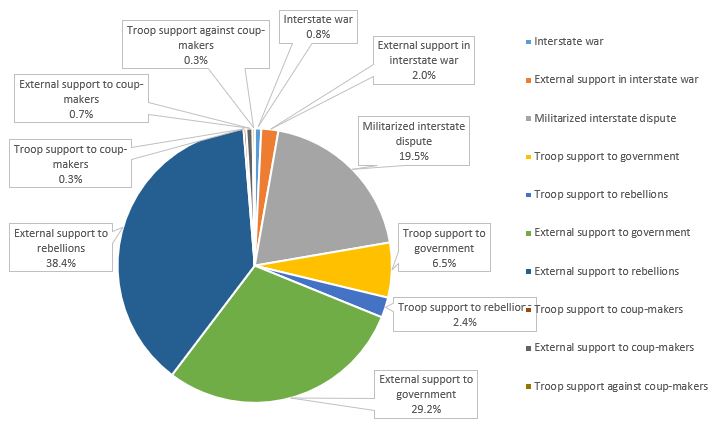 Most armed conflicts in Africa have a significant transnational element. This key research finding inverts the standard trope that the vast majority of African conflicts are internal and not inter-state. Country specialists focusing on individual conflicts have made this observation for years: what is new is that the Transnational Conflict in Africa (TCA) dataset shows for the first time that this is a general phenomenon. This allows for a comparative analysis of the extent, patterns and drivers of transnational conflict, which allows us to move beyond imprecise metaphors such as conflict ‘spillover’, into a more systematic representation of the phenomenon, that puts transnational political rivalries at the centre of the story of conflict in the continent.

Below, you can find an introduction to the TCA, Tables and Figures, and several publications that introduce the major findings of the Transnational  Conflict in Africa Dataset:

The emergence of conflict data is tied to the behavioural revolution in the social sciences. In the late 1950s, several scholars began to study armed conflict through using formally stated arguments and systematic empirical analysis (Gleditsch et al., 2014; Clayton, 2014). Building on the pioneering work of Lewis Fry Richardson, who had gathered conflict data on what he described as ‘deathly quarrels’ from the 1930s and published a seminal study on these data in 1948 (Richardson, 1948), David Singer established the Correlates of War (COW) project at the University of Michigan in 1963 (Small and Singer, 1982). The rationale for the start of the COW project was to uncover the causes of large-scale armed fighting between states, though COW project later also began looking at civil wars.

The COW data has helped generate many important insights, yet the COW data on interstate wars in Africa seriously underrepresents the level of transnational conflict in Africa. For instance, based on COW data, Lemke concluded that Africa was distinct from other continents in that it had disproportionately many fewer interstate wars (Lemke, 2003: 119). While it is true that the number of interstate armed conflicts in Africa is relatively low in comparison to other regions of the world, Africa has seen very high levels of external support in ‘civil wars’, as well as many low-intensity violent confrontations between states.

Several datasets exist that capture some elements of interstate and transnational violent conflict in Africa. The Militarized Interstate Dispute (MID) dataset compiled by the Correlates of War (COW) project focuses on low-intensity military confrontations between states (Jones et al., 1996). The Uppsala Conflict Data Program (UCDP) External support dataset focuses on external support to conflict parties in the form of troops, funding, logistics, military equipment, intelligence, and safe havens (Pettersson, 2011). These datasets have been used to generate important findings with regard to the role of MIDs (Senese and Vasquez, 2008; Mitchell and Prins, 1999) and external support (Salehyan et al., 2011; Sawyer et al., 2015) respectively. Yet, missing was a comprehensive dataset that captures a wide array of transnational conflict. 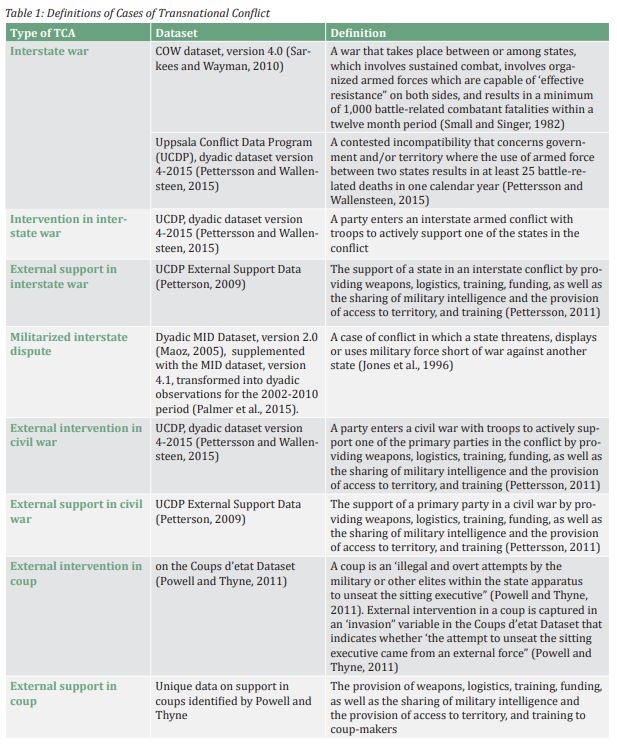 Table 2: An Overview of Unidentified Cases of Interstate and Transnational Armed Politics

Figure 1: The Distribution of Transnational Conflict in Africa 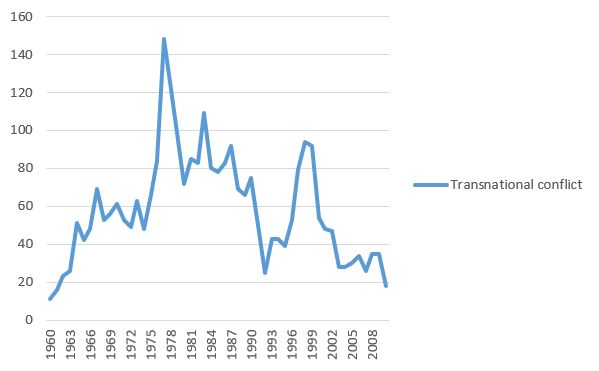 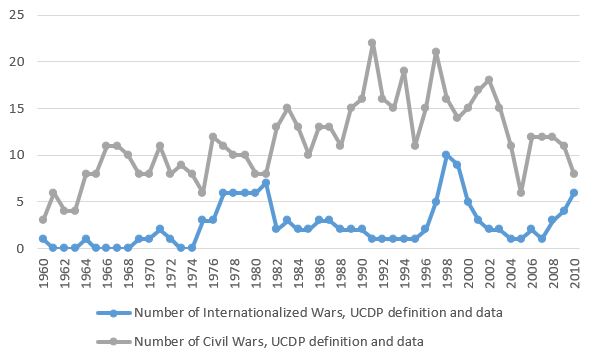 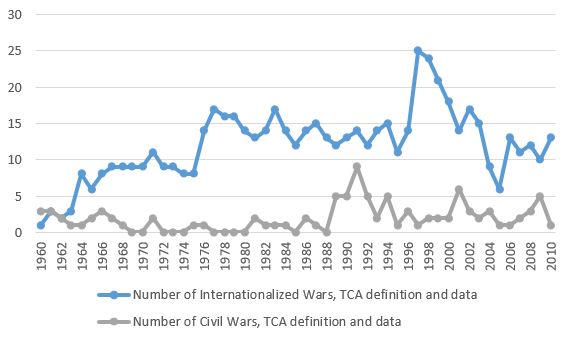