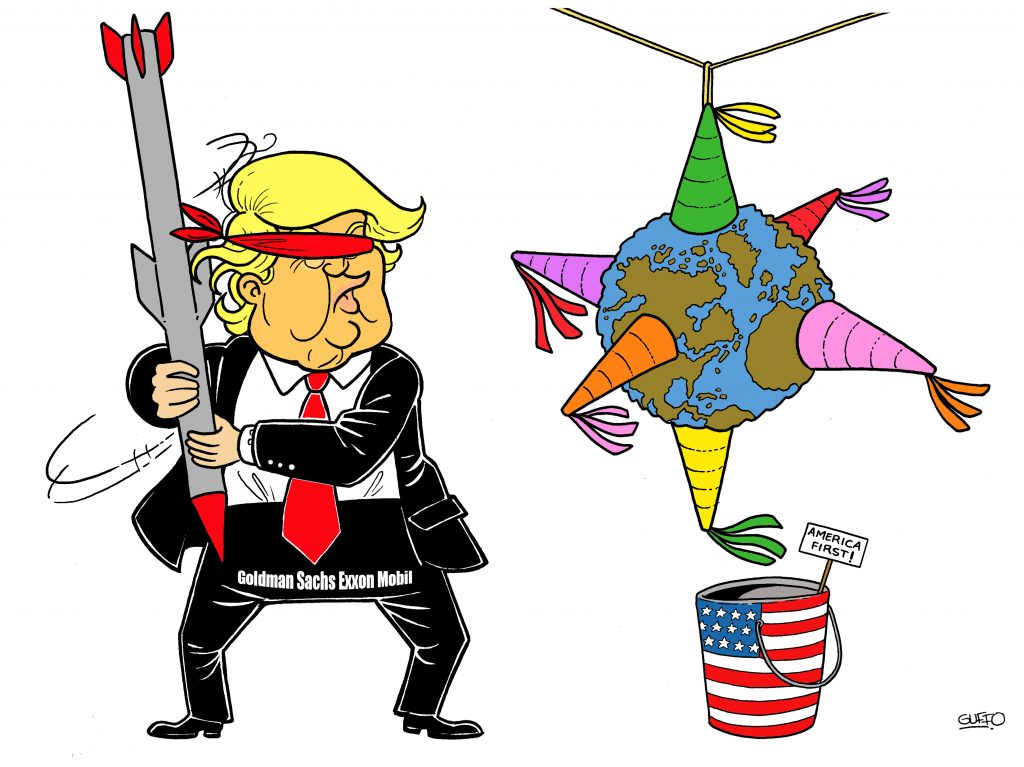 1) His eagerness to increase Pentagon spending by $54 billion, especially given his disinterest in articulating how the spending relates to threats or what the new funds should enable. It is worth noting that the U.S. already spends more on defense than the next seven countries combined.

2) His insistence that NATO allies all increase their military spending, thereby escalating a long-standing “frustration in Washington that many NATO countries do not spend at least 2 percent of their gross domestic product as they pledged.” Some European allies had already targeted increases in their military spending as part of plans to gradually increase spending, in theory, longer-term planning might support more rational uses of increased funds. Rushing to increase spending means that the money will certainly be spent badly.

3) His electoral association with Paul Manafort, whose lobbying expertise includes representing a number of arms dealers, in addition to other unsavory international characters.

4) His delight in spurring an arms race, which he thinks he can somehow ‘win’, as he noted to Mirza Brzezinski on MSNBC’s Morning Joe program: “Let it be an arms race … we will outmatch them at every pass and outlast them all.”

5) The announcement by his administration on his very first day in office of plans to sell $1.3 billion in weapon systems to U.S. allies around the world.

6) Little surprise that upon news of his electoral victory, stock of arms companies began to soar: one thing the market does seem to understand is when opportunity knocks.

If you’re asking, ‘are increases in arms sales necessarily a bad thing?’ Let us point you to WPF’s collaborative project, Indefensible: Seven Myths of the Global Arms Industry, which helps clarify the distortions of logic, budget and democracy that accompany uncritical embrace of arms industry.