Often times, disaster relief operations fail not because of the lack of resources, but because of the mismanagement of these resources. To tackle this problem, we are proposing a solution based on a recommender system that will help to aidorganizations (FEMA, Red Cross, etc.) to better target the volunteers and optimize task assignment. Tasks will have attributes that may or may not match the user’s attributes in order to assign accordingly. Assignment is done after computing the probability of success crossed with each user’s preference. The users (volunteers) who have filled out a profile during signup, will be able to see a list of tasks recommended to them in order of suggested preference.

Our recommender algorithm is based on a hybrid model composed of collaborative filtering and singular vector decomposition, as well as content filtering, which uses the Pearson correlation coefficient. The advantage of using this hybrid system is that it will boost the performance of the recommender system and provided more accurate analysis. This algorithm runs on a webserver while the data and results are fetched by an Android application. 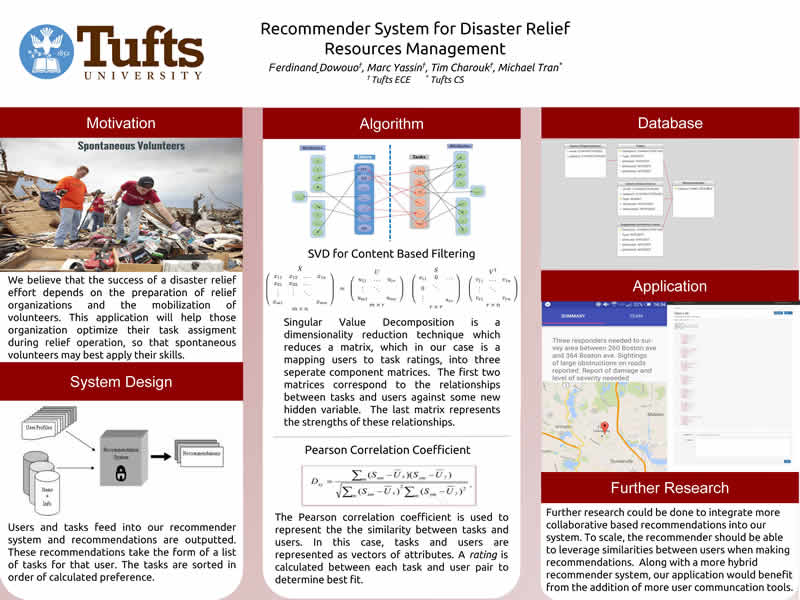