This project focuses on creating an autonomous Unmanned Aerial Vehicle (UAV) for bridge inspection in areas where GPS satellites cannot reach the drone, these areas are called GPS-denied areas. Bridge inspection is a costly process which requires substantial time and labor to complete and there are significant associated safety risks due to being suspended in the air during the inspection process. 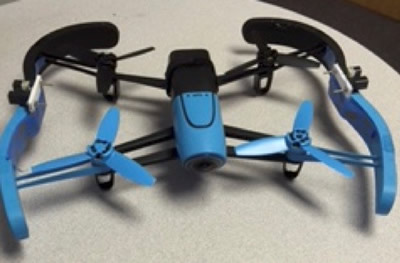 The Gold Team’s prototype of a UAV for bridge inspection.

Commercial UAVs are currently used to inspect bridge structures and buildings at a fraction of the cost and require minimal labor. The UAV is controlled using a remote control or it can inspect autonomously, in which case the flight path is defined using pre-programmed GPS waypoints. However, the hard to reach areas such as the spaces under the bridges are GPS-denied and cannot be inspected using GPS pre-programmed path. The Gold Team is creating a UAV capable of inspecting GPS-denied areas autonomously using computer vision and proximity sensors for pathfinding and collision avoidance. The UAV is also equipped with a camera for capturing video of the bridge structures being inspected. The video is send over Wi-Fi to an Android device so the user can inspect the bridge on the device’s display in real time. There is an added function to the software that allows the user to switch between autonomous and manual control on the Android device. 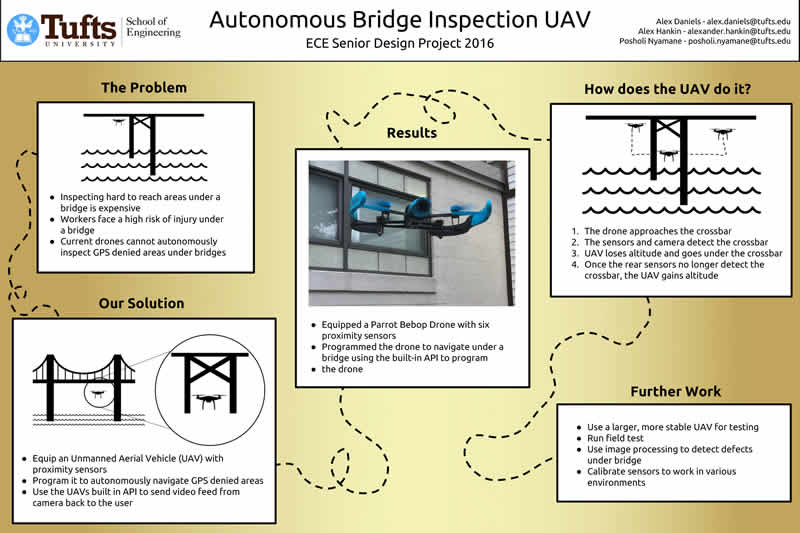