Virtual Reality has taken the world by storm and only recently has it started realizing its potential. Its applications range from gaming to 3D video playback. This relatively new technology has the capability to revolutionize how people shop, experience entertainment and learn.

With the capabilities of Virtual Reality in mind, Team Yellow designed a platform that allows for 360° video streaming to the Oculus Rift headset from a camera feed. Images obtained from cameras not directly connected to the system were received, stitched together to form a panorama, and processed through the Rift SDK to interface on the Oculus Rift. The feed from the camera module was stitched together using libraries provided by OpenCV. The long-term goal is to move from a pre-recorded video feed to a livestream by improving our stitching algorithm. The scope of this project involved incorporating static image stitching, converting the panoramas into a low resolution video and displaying it over the Rift. 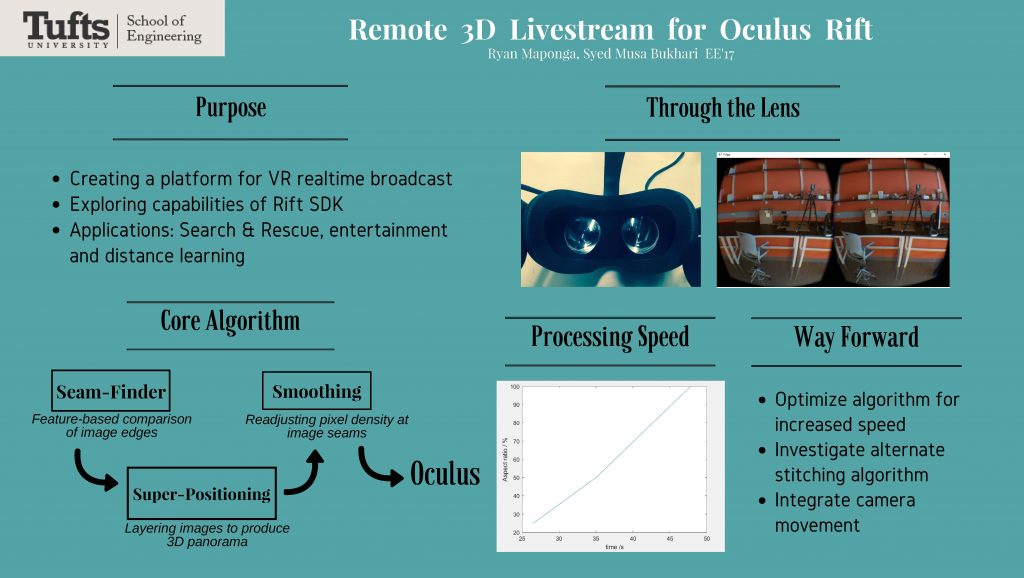