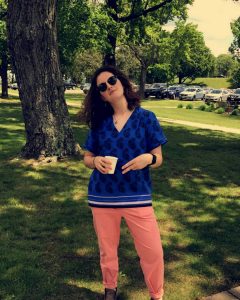 I’m Ila Anand, a fifth-year student in the Microbiology program. I’ve recently taken over the “Humans of Sackler” portion of the Newsletter, which was originally pioneered by Andrew Hooper. In this issue I had the honor of getting to know our GSC president, Rebecca Silver, better known as “Becca.” It was a delight sitting down with this die-hard Bruins fan and discussing a variety of topics—from finding out she loves butter pecan ice cream and Figaro’s to discovering how she first broke into science. I hope you enjoy our conversation and are better acquainted with our GSC president!

IA: Hi Becca! Let’s start with what were you doing before you started graduate school?

RS: I was having a good time in college at the University of Maine in Orono! Besides the academics, my favorite part of college was having my friends nearby and being able to spend time with them whenever I wanted. I had a pretty diverse group of friends in college and I still keep in touch with them. I’m originally from Portland, Maine and spending time with close friends was also a big part of my childhood. My favorite memories are from Fourth of July when my friends and I would hang out at a lake house. The lifestyle in Maine is generally much more slow-paced. That is actually one of the biggest differences I noticed when I started grad school—there’s much more of a “rush” in Boston compared to Portland, where the people are more laid-back. 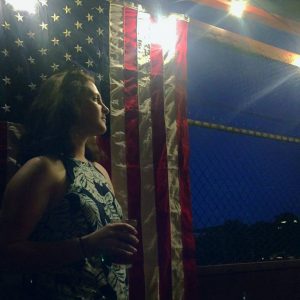 IA: Sounds like there are definitely some cultural differences between the cities. Where else have you traveled to in the past?

RS: I’ve mostly traveled on the East coast. I’ve visited the majority of the North East and I’ve also visited Georgia and Florida. I’ve actually never traveled to the West Coast but if I had the opportunity to attend a conference I would totally go. I also really want to ski in the mountains of Colorado at some point in the future. Outside of the U.S. I’ve traveled to Canada and Bermuda. I visited Bermuda when I was fairly young (ten years old) and I vividly remember that time period because two weeks before the vacation I had pneumonia. At the time it was awful because I missed school and was trying to recover (I had a lot of Pediasure!), but in the end, because I also went on vacation, I ultimately took a month off of school and my teachers didn’t assign me any extra homework. You could say that was my first introduction to the infectious disease field!

IA: That does sound awful! So when did you actually become interested in pursuing research and studying science?

RS: Well, I was a bioengineer back in college and honestly pursuing research was a decision I made on the whim. I took an immunology elective class my junior year of college and quickly realized I really like immunology. The class was much more interesting than any of my bioengineering classes- the lectures were awe-inspiring! The professor really emphasized infectious disease clinical examples like super gross rashes all over the body, etc. The professor was so excited and his enthusiasm was contagious (no pun intended). After taking the class, that summer I took the GRE and applied for grad school the fall of my senior year. It was literally a 6-month turnaround from being a bioengineer to wanting to be an immunologist!

IA: What was your first experience working in a lab?

RS: My first experience doing lab work was during a Co-Op internship at Idexx, which is a veterinary biotech in Portland, ME. I interned at Idexx during the summer going into my junior year of college. I was involved in developing a lateral flow assay that is similar to an ELISA and this rapid immunoassay detected digging worms in infested dog feces. It was a triple detection assay so it was able to detect whipworm, roundworm, and hookworm. My internship involved developing positive and negative controls for the assay. My boss at Idexx played on the same recreational hockey team that I did in Maine and she was a Tufts alumnus. Later, when I decided I wanted to go to grad school, I reached out to her for a reference and she’s the one who influenced me to apply to and attend Tufts Sackler. 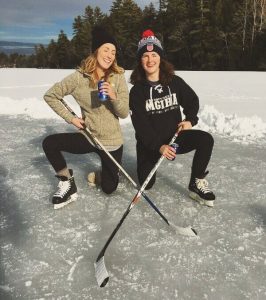 IA: That’s really neat that you play rec-hockey. How did you get into that? What else do you like to do outside of bench research?

RS: I picked up hockey in high school when I was fourteen. My friend asked me to try out for the school team because they needed more people and now it’s one my favorite activities to do. I currently play on a Greater Boston rec-team called South Shore Women’s Hockey League. We have a lot of fun! In addition to hockey, I like to run. I run with a group in Jamaica Plains called the Forest Hill Runners and my favorite spot to run is in Peters Hill in the Harvard Arboretum. It has the best view of the whole city, in my opinion. I also like to cook and play video games—specifically strategy games, like Civilization 6. As GSC president, I’ve also been heavily involved in planning the Sackler relays. Our plans are kind of top secret but I can tell you that this year we’re going to have relays in June rather than July and we’re going to have an awesome raffle. Of course, my favorite part about relays is winning- go Immunogenetics! 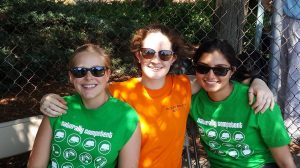