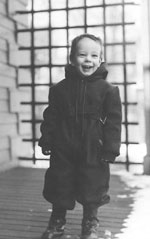 I was born on January 11, 1940, in Cambridge, Massachusetts.  My father, Bernard DeVoto (1897-1955), was an all-around professional writer and a specialist in American frontier history, well known in his time; I erected a website where you can learn more about him.  My mother, Avis DeVoto (1904-1989), was a book reviewer and an expert cook who worked extensively with Julia Child.  Michael James wrote a nice chapter about her in his book, Slow Food (1992). Some of you will have seen Nora Ephron’s delightful movie, Julie and Julia, in which the actress Deborah Rush portrays my mother. But Joan Reardon edited a selection of my mother’s and Julia’s letters, As Always, Julia (Houghton Mifflin Harcourt, 2010), which is very good too.

My brother, Gordon DeVoto, died in 2009 at the age of 78. He was not a professional writer but he often wrote for pleasure. Here is a link to his Trip Log, as he called it, describing what it was like to drive from Massachusetts to California and back from Oregon in 1991. 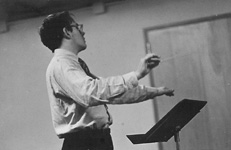 Rehearsal of The Pirates of Penzance, 1960

I grew up in Cambridge and attended private schools, including the Longy School of Music (piano, organ, solfège), and Harvard College.  I had expected to study chemistry, and had gone so far as to win a prize in my last year of high school, but in college I quickly found not only that I lacked the brains for a career in science but also that I loved music more.  I had been composing since I was 14.  I did graduate training at Princeton University and prepared for an academic career, which I pursued successfully until retiring from teaching at age 60.  Since then I have had time to compose, to analyze music, and to learn more science. 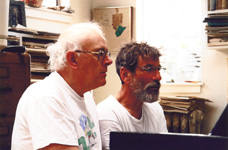 Much of my early experience in music, singing and playing, came through the Episcopal church.  I was married for seven years and fathered two daughters.  The experience of Jewish family life set me on a path that led to my conversion to Judaism twenty years later, without impairing my connection to Christian sacred music.

I have published extensively on the music of Alban Berg, which I discovered in graduate school more or less by accident, and on Debussy and Ravel, whose music I first got to know as a child.  It was also almost by accident that I came to revise Walter Piston’s Harmony, after studying out of the second edition and teaching for ten years from the third edition.  This book has identified me as a music theorist, but I evade that designation; as theory, Harmony is only very elementary, and I have always been skeptical of theoretical systems in music.  The book is still valuable for its multitude of examples, and for its development of analytical methods, which may help the listener and, sometimes, the young composer. 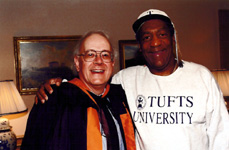 Both of my daughters are experts in literature and international cooking. Emily is a health policy analyst and epidemiologist who lives with her husband in Massachusetts and maintains a food blog, and has a classical music app for the iPhone and iPad. Marya is a technical writer and lives with her two daughters in Oregon.

My favorite composers are Chopin, Schubert, Debussy, and Ravel, and, close behind them, Bach, Mozart and Beethoven.  I find the nineteenth century endlessly interesting.  Among recent composers I especially like Stravinsky, Varèse, Copland, and Cole Porter. 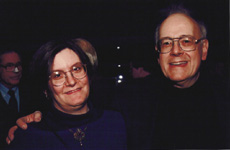 I am a tireless amateur of history and world affairs.  Public issues that particularly concern me are the environment, conservation of natural resources, freedom of the press, and nuclear proliferation.  In my non-activist politics I support fiscal conservatism along Republican lines of the 1950s; in all other respects I am an unreconstructed FDR liberal Democrat and an admirer of Hubert Humphrey and Adlai Stevenson. 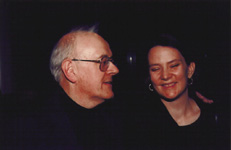 Below is a video made at my 75th birthday concert at Tufts University on 25 January, 2015, two weeks after my actual birthday. It was a delightful occasion, with about 125 people in the audience, and I’ve only rarely had such high-quality performances of any of my music. All of the performances here are premieres. The performers were outstanding and I cannot thank them enough for the time and expertise they gave to the beautifully-executed program. John McDonald, chairman of the Music Department, organized the effort from the start; thanks too to Paul Lehrman for his video team.