Look! Sound is an education video game designed to teach children musical concepts. Originally laid out in Professor Eun Young Lee’s thesis, the game and its design have been modified in cooperation with Professor Lee. A hardware controller is used to control the game through keyboard simulation. The game consists of three distinct levels. The first is a landscape with various natural objects such as wind, water, and thunder. Children can select these objects and arrange ‘compositions’ for playback. This level is designed to teach sequential reading from left to right, and promote the idea that any sound can be musical. The second level is a free play mode, where players are played a backing track and can freely play notes in a scale corresponding to the background. Points are awarded based on musical concepts such as playing on the beat, chords, and scales. Thus, creativity is encouraged in an environment where this is no wrong note to play, while points serve as a proxy for children discovering conventionally pleasing musical concepts. The final level is a rhythm matching game, where the player sees and hears a rhythmic pattern, and must play the rhythm back. Upon successful playback, more difficult patterns are offered. 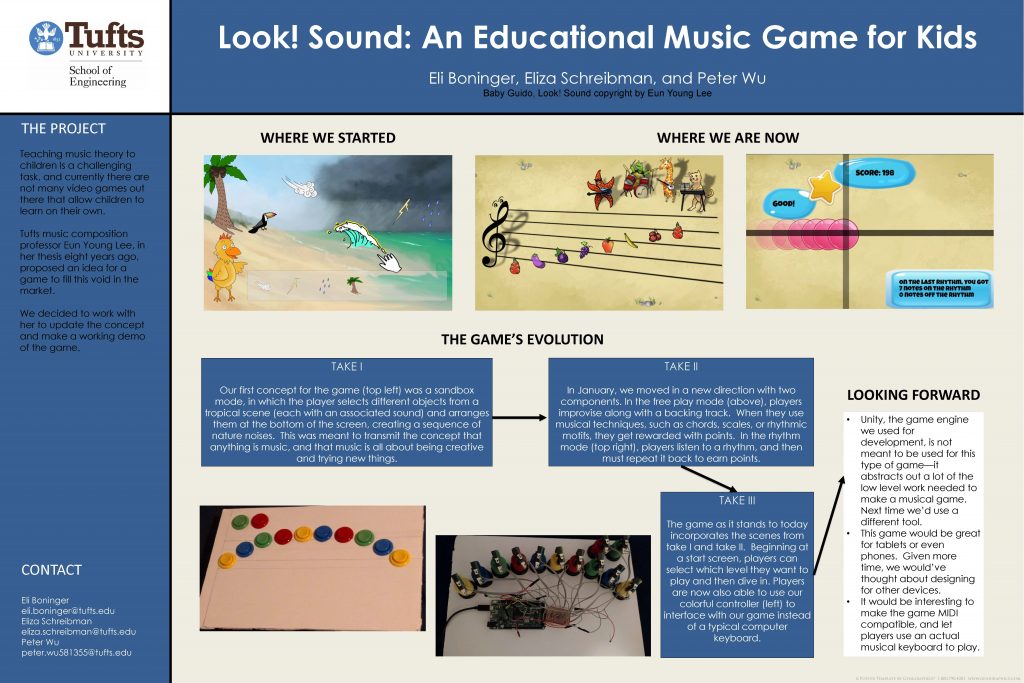