The Sackler Deans’ Office and The Graduate Student Council Present:

What do you want to do after grad school?!

We want to help!

Shadow a Sackler Alum at work through the

“Day in the Life” Program

Day in the Life Flyer_v2

Of the myriad skills a scientist must have in his repertoire, arguably the most important is the ability to clearly present his findings.  Whether speaking amongst colleagues, giving a talk at a scientific meeting or simply answering the age-old question, “So, what do you do?” at a cocktail party, the need for better scientific communication skills is ever present.  But how does one improve their public speaking abilities insofar as they relate to science?  The answer is as simple as it is nerve-wracking (at least for some); that is, speaking publicly about science.

With this in mind, on October 20th, the Sackler Graduate Student Council Career Paths committee and the Tufts Biomedical Business Club teamed up to present the first “Sackler Science Open Mic Night”.  The goal of the event was for students to present short, two to three minute talks covering some aspect of their research and to help each other workshop these talks, in the hopes of improving.  This “flash talk” style of presentation is challenging as it leaves only enough time for the speaker to present the most crucial aspects of their research, but it is also one of the most frequently used skills whether it be at a networking event, an interview, or even in response to that question at a cocktail party.

Professor Dan Jay joined students for the event and to kick it off he gave a flash talk of his own on a favorite subject of his, “the intersection between art and science”.  Student presenters from all over Sackler gave talks ranging from astrocytes (and their communication with neurons via vesicular release of transmitters) to v-ATPases (and the signaling pathways that control their assembly).  Presenters and spectators alike made the event a success, providing tons of feedback on how to improve those talks for future presentations.  Keep an eye out for more events similar to the Sackler Science Open Mic Night in the future as the Sackler Graduate Student Council and Tufts Biomedical Business Club look for more ways to promote scientific communication. 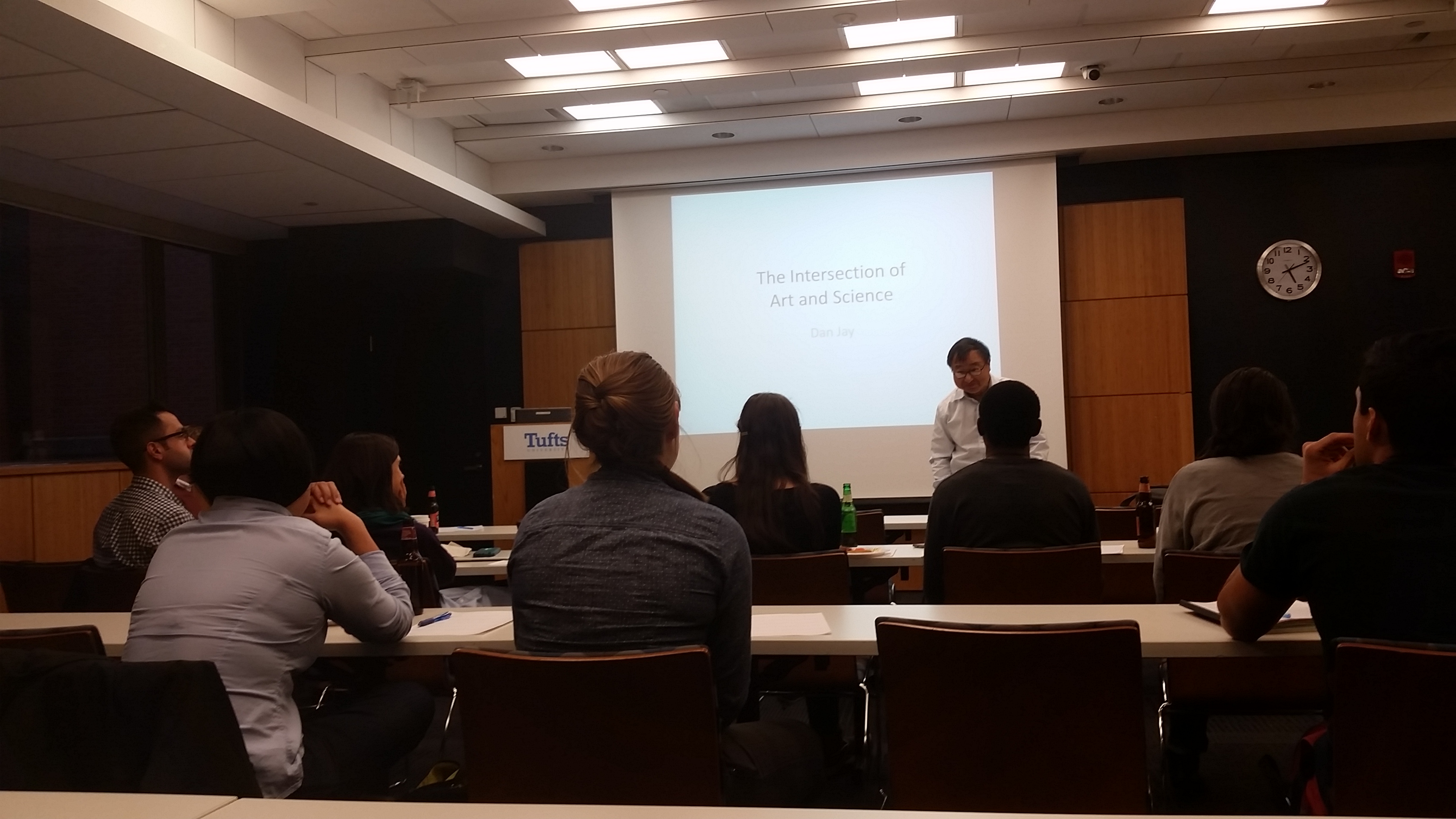 Alex Jones is a Neuroscience PhD student in the Reijmers lab studying changes in molecular profile of neurons during memory formation. He also serves as the current Treasurer of the Sackler Graduate Student Council.