Summertime is often the season when I, as I am sure many of our readers as well, will go and explore various museums. Seeing as how I am from Virginia, this usually means going to the Virginia Museum of Fine Arts or the (newly renamed) Virginia Museum of History & Culture. One of my absolute favorite hidden gems in Richmond, however, is Agecroft Hall. A beautiful Tudor-era English manor house that was brought over piece-by-piece in the early twentieth century from its original place in England, Agecroft Hall is a unique blend of early modern architecture with modern conveniences (such as closets and radiators). 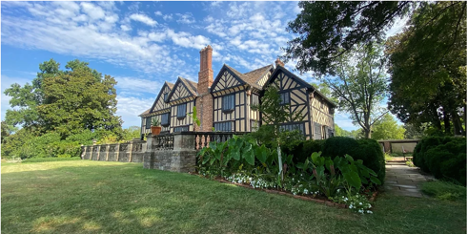 The tours that visitors are treated to at Agecroft are likewise an interesting mix of early modern English history and the estate’s twentieth-century history of how it made its way from England to the US due to the popular desires to have European-style homes. T.C. Williams, Jr., the man who purchased Agecroft and had it brought over to Richmond, actually wanted to create a kind of Tudor-style neighborhood surrounding Agecroft Hall (although this didn’t ultimately happen, Agecroft’s neighbor is likewise an early modern English-style home). Some visitors, I think, will be unsure of how to feel about a very historic English home being taken from its original grounds and brought over and adapted to fit 1920s standards of living; I know I at least was not sure what to think of this initially. However, Agecroft Hall was on the verge of collapse due to mining in the surrounding English countryside and had fallen into disrepair. So while extra closet spaces and radiators are perhaps not quite what is usually done in the maintaining of an historic house – indeed, nor is changing the entire floor plan, as Williams chose to do – at least Agecroft Hall was given a kind of second life as the home-turned-museum in Richmond, Virginia. This choice was also not made without much thought and care – Agecroft Hall only left England with the approval of Parliament after a debate.

For me, it is also so interesting to think of how much conservation and preservation work has developed from the time when Agecroft Hall was brought over to the US to today. I think that while the methods perhaps are not what would have been done now, that the spirit of wanting to ensure the survival – at least in some capacity – of a historically significant building is something that is in common between past and present efforts. 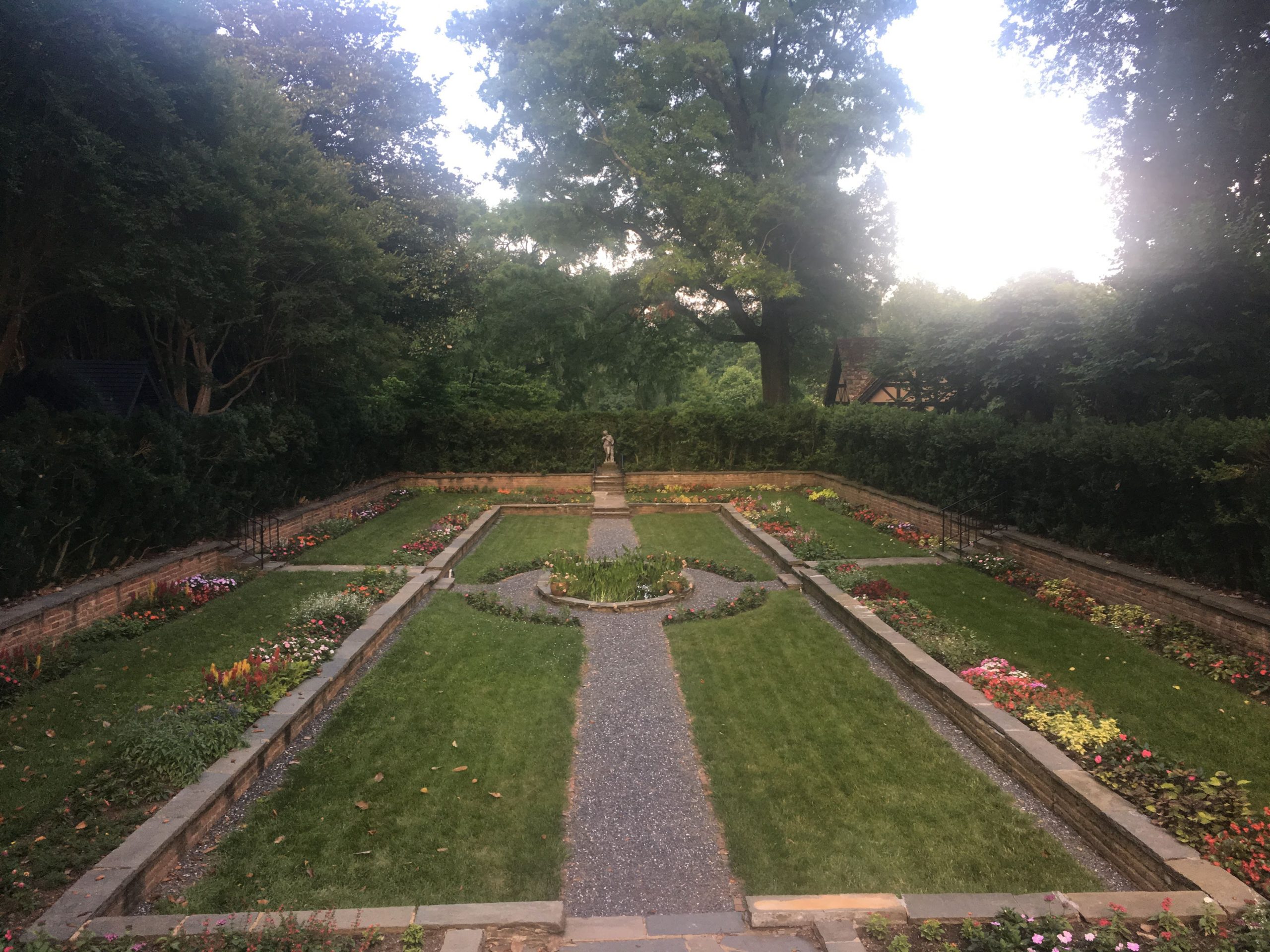 Gardens at Agecroft Hall, modeled after the gardens of Hampton Court Palace

The museum also is such a wonderful opportunity to learn about and experience these kinds of historic houses that usually one would have to fly overseas to Europe in order to see. As my area of focus is early modern England, you can imagine my delight when I first went to Agecroft Hall. The majority of the museum is staged just as an early modern home would have been in its day, giving visitors an idea of what life in a manor house like Agecroft Hall would have been like for both servants and the family. Rich tapestries and wood furniture darkened with age; portraits of Elizabethan courtiers; a curiosity cabinet; herbals and King James I’s treatise on the evils of witchcraft; and, most exciting of all, a pardon with Elizabeth I’s own beeswax seal. These are only some of the wonderful artifacts on display at this fascinating historic house and I know I can’t wait to go visit again as soon as I can. 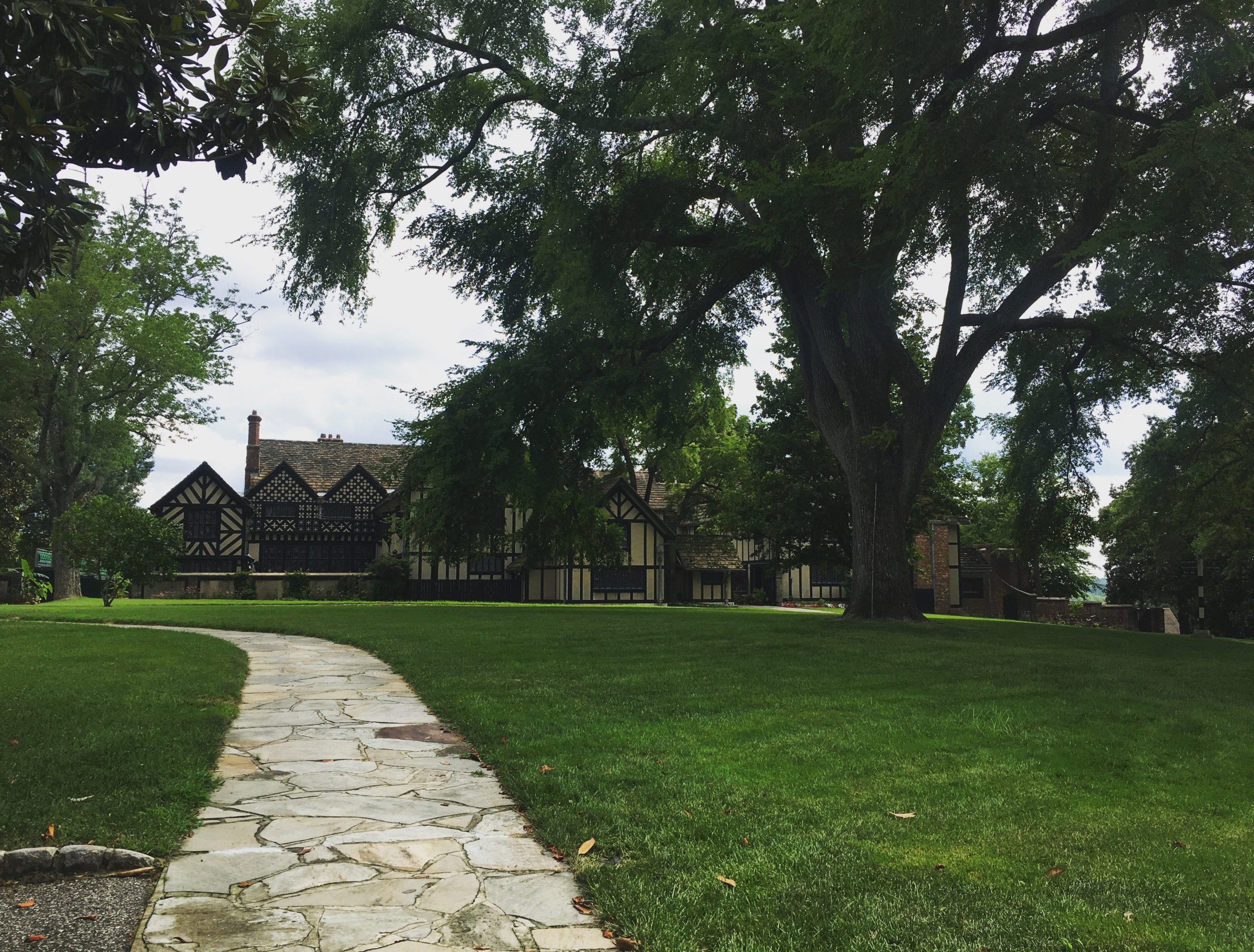 Museums in the News, Reviews, Uncategorized