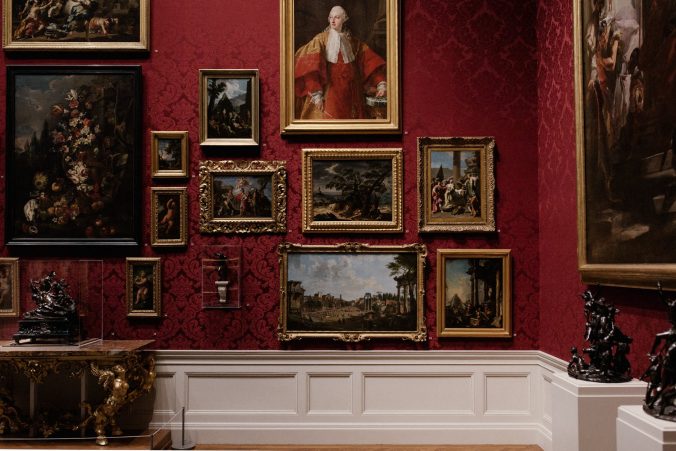 Discussing the “D-Word” of Museums: Deaccessioning

For many years, issues of the deaccessioning of works in museums’ permanent collections have garnered much attention. Since the pandemic, these concerns have only increased as museums struggle to stay open. In recognition of these struggles, the Association of Art Museum Directors (AAMD) – an organization which offers guidance on museum best-practices to its members – decided to make changes to their regulations regarding museums’ usage of restricted funds. According to Olga Symeonoglou – an attorney in the Washington D.C. office of Cultural Heritage Partners – in her article, “Will AAMD’s New Guidelines on Deaccessioning and the Use of Restricted Funds Change the Way Museums Handle Their Collections?,” these purportedly temporary changes were made in order “to give museums flexibility to withstand the financial distress caused by closures and continuing uncertainty.” Such a decision begs the question: how temporary will this change turn out to be and what precedent will it set for future concerns regarding deaccessioning?

According to Azmina Jasani – a partner in Constantine Cannon’s Art and Cultural Property Law Group – in her article, “The Art of Deaccessioning by Museums,” deaccessioning means “the removal of an object via sale or otherwise, from a museum’s collection.” Jasani goes on, explaining that “it’s a practical way for museums to manage their collections, as it affords them the opportunity to purchase newer or more relevant works and change directions.” One of the concerns regarding deaccessioning is often a question of ethics. In order to help museums conduct themselves appropriately, specific guidelines have been put in place. This includes the AAMD’s Code of Ethics. This code stated, according to Jasani’s article, that “a museum director shall not dispose of accessioned works of art in order to provide funds for purposes other than acquisitions of works of art for the museum’s collection” (1).

Despite such regulations, there have been some instances where museums have had to rely on funds garnered from deaccessioning in order to survive economic hardships. One such case involved the sale of a Norman Rockwell painting by the Berkshire Museum in Pittsfield, Massachusetts. According to an article published for The Boston Globe, “Berkshire Museum sells Norman Rockwell painting to George Lucas’s museum,” the Berkshire Museum was facing closure without an increase in funds. In order to avoid closing, the museum selected forty pieces to sell, including Norman Rockwell’s “Shuffleton’s Barbershop.” The article states that the Lucas Museum of Narrative Art claimed to have purchased the Rockwell piece. It goes on, articulating that the museum announced its goal “to raise $55 million so it could stay open and refocus its mission.”

The Berkshire Museum succeed in deaccessioning some of its works, however, it also stirred up controversy and concerns regarding the museum’s stewardship of its collection. In fact, the very mention of the word “deaccession” tends to harbor negative connotations. There are those who would argue that this generally negative perspective on deaccessioning needs to be reevaluated in order to allow museums to evolve. For example, Andrew McClellan – a professor of art history at Tufts University – argues that “the selective deaccessioning of objects no longer deemed essential to a museum’s mission, in order to acquire new objects that are, may make good sense,” in his article, “Museums need to move with the times – that’s why deaccessioning isn’t always bad news.” McClellan goes on, arguing that such changes could help increase diversity within museums, making them more reflective of their respective communities (2). However, this usage of funds from deaccessioning which McClellan describes would still function within the original guidelines established by the AAMD.

The recent change in the AAMD’s guidelines which allows museums to utilize funds garnered from deaccessioning for operational costs seems to have punctured a hole in the ethical standards which previously shadowed cases such as that of the Berkshire Museum. Not only will this change in code make it difficult, if not impossible, to pass judgement on museums’ actions against future threats, it also raises questions as to what other uses such funds may be applied. Mark Gold – a partner in the law firm of Smith, Green, and Gold – and Stefanie Jandl – a former curator – discuss these concerns in their article, “Why the Association of Art Museum Directors’s move on deaccessioning matters so much.” They explain that “according to the AAMD’s statement, the new resolutions ‘were proposed in recognition of the extensive negative effects of the current crisis on the operations and balance sheets of many art museums.” Afterwards, the authors cannot help but refer to the case of the Berkshire Museum, described above, and recall that the situation described by the AAMD is exactly what occurred at the Berkshire Museum. In response, they ask the question: “Should it matter what is causing the existential threat? [..] Should it matter if the cause of the crisis is a pandemic or the loss of major employers in the region, a declining demographic and donor base, or a series of unfortunate decision by staff or board?”

Deeper into the article, the answer to the above question begins to unfold as the authors return to the question of ethics. Gold and Jandl state that “ethics inform behavior not just when it’s easy or convenient, but when it’s hard. And if it’s ethical to use income from the proceeds of deaccessioning for operating expenses, why not the proceeds themselves?” They go on, arguing that museum professionals should seize this moment as an opportunity to reevaluate previous sentiments regarding best-practices. They also add that these professionals “can be more openminded about what can be removed from the collection without affecting a museum’s mission and be advocates for converting those objects into resources to keep the museum open and to support and advance the mission by treating museum employees and programmes as assets worthy of investment-pandemic or not.” Doing so could reshape individuals’ perceptions of collections and how they can function in a reciprocal relationship of support with their museums.