The Egyptian Museum – A Monument to Egyptology

I dearly love to travel. And whenever I’m making plans for a trip (because I am one of those people who tends to make a plan for each day of the trip), I usually include a visit to whatever museum(s) happen to be there. In light of our current circumstances, I have found myself reminiscing about my past visits to these museums and thinking more critically about my visits. One of the most interesting and thought-provoking ones was my visit to the Egyptian Museum in Cairo. I think almost all of us had that ancient Egypt obsession when we were kids – for me, it entailed toting around a huge gold Egyptology book for kids, drawing pyramids with imagined traps inside to deter grave robbers, studying hieroglyphics, and promising myself that one day I would go to see the pyramids.

So you can imagine the depths of my delight when I had the chance to travel to Egypt and plan my visit to the Egyptian Museum. Nearly stuffed to the rafters with ancient Egyptian artifacts (so full, in fact, that newly-discovered artifacts are often put back into the ground with their location recorded in order to avoid having to find storage for yet another ancient object), what surprised me was that the Egyptian Museum was almost a monument to the history of Egyptology itself. Before I even entered the museum, I noticed the monument to Auguste Mariette and other prominent Egyptologists of the twentieth century. Almost all of these Egyptologists were not Egyptian, but rather European, many of whom were either French or British. Unsurprising, given Egypt’s history with these two nations. The architecture of the museum itself also has classical Western influences, with the ionic columns and Egyptian-stylized muses adorning the entryway. 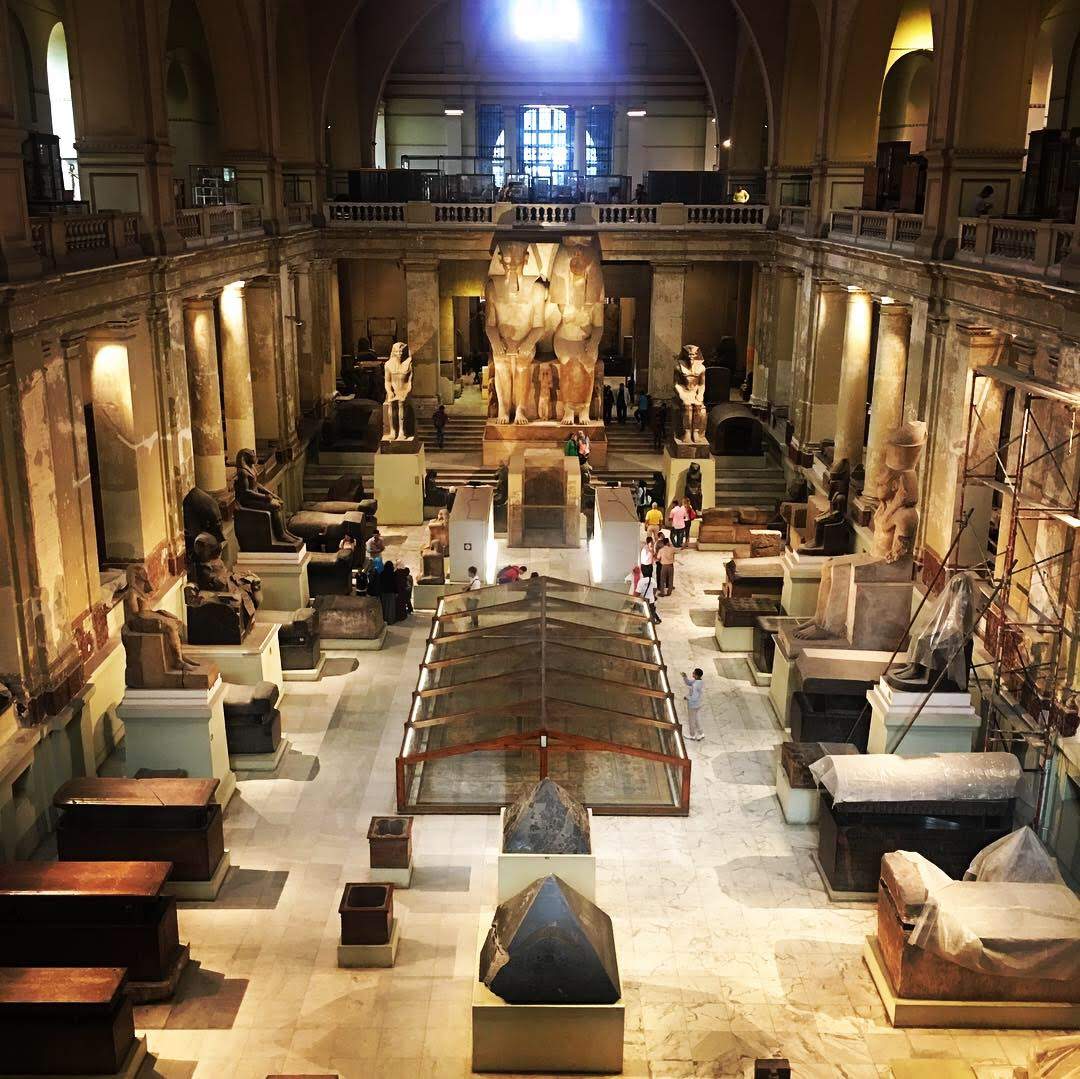 A view of the interior of the Egyptian Museum

Once I entered the museum after waiting in the incredibly long line outside the gates, I was struck by the vastness of the hall before me and the seemingly endless array of artifacts. Mounted unobtrusively on a column – it is very easy to miss – was a very sad replica of the Rosetta Stone. 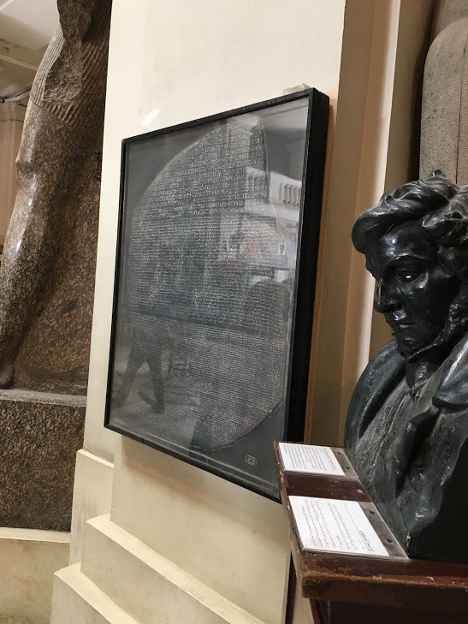 Thin and less than half the size of the real one, this replica was an unimpressive imitation of the real thing and served as a reminder – to me, at least – of the extensive collection the British Museum has of artifacts that are culturally significant to nations around the world. I continued to make my way through the museum, which is organized chronologically. Many of the artifacts, as I progressed deeper and deeper into the museum, actually did not have any labels accompanying them. Those that did, I found, looked as though they had been there since the time of the Egyptologists who are remembered outside in the monument with Auguste Mariette. They were also just simply that – a label. No interpretation or description of cultural significance; just a short and to the point description of what the object is and where it was found. To be fair, there were some labels that were more updated with fuller descriptions. The small exhibit dedicated to Akhenaten, I remember, was fascinating. However, I do remember being a bit frustrated by all those artifacts – and even mummies – who sat quietly in their cases in a dusty corner without any description of what (or who) they were. It is as though the museum is rather more like a storage space that guests can wander through, or as though it was simply put on display before having to quickly move on to prepare space for the next artifact.

I remember having the distinct impression that it was as if many artifacts had only just been discovered and put out for guests to see, giving rise to my feeling that the museum is not only providing a history of ancient Egypt but also a history of Egyptology and the discovery of these fascinating artifacts. The many crates left lying in various corners (or even in the middle of some of the galleries) whose ancient contents one could only guess at only contributed to this sense. 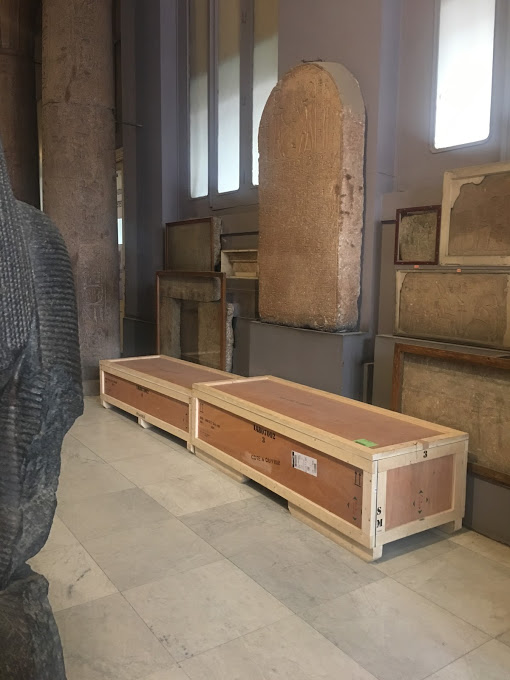 Some of the crates that were scattered around gallery floors. Perhaps it is in preparation to move them to the Grand Egyptian Museum?

While I certainly had a wonderful visit, I also felt that the Egyptian Museum was long overdue for an update. Which is why I was delighted to learn that the Grand Egyptian Museum is in the works and will open soon (although this opening date has been delayed a few times it seems). We drove past it on our way to the pyramids and I was in awe of the sheer size of the building as well as the highly stylized pyramid-inspired architecture. The Tutankhamun collection will be moved there and many artifacts that have never been on display will soon be appreciated by visitors.

Around the Globe, Uncategorized

Reimagining Museums During the Coronavirus Pandemic