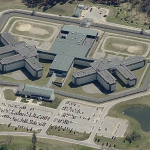 On January 10, 2020, three correctional officers at Souza-Baranowski Correctional Center (SBCC) in Shirley, MA were injured following an attack during which a group of an incarcerated people punched and kicked them. The incident is captured on videotape–and it clearly shows three officers suffering a seriously beating. Those directly involved in the fight were promptly moved to other prisons and SBCC went on lockdown.

The Massachusetts Department of Correction (MADOC), arguing that it had evidence of planning for other attacks against guards, deployed tactical teams to conduct a thorough search of SBCC over the following weeks. The population of incarcerated people was re-organized and many were moved to new cells. During this period, access to telephones and visitation (including with attorneys) was canceled. Some attorney visits were re-allowed beginning towards the end of January and the lockdown was lifted February 3rd.

As the prison began to lift restrictions, stories emerged of widespread and systematic human rights abuses committed by correctional officers against incarcerated people starting on January 10th and during searches over the following weeks. In addition to reports of physical and psychological harm, many incarcerated people noted that their belongings were taken from them, including their legal papers (some noted medicines were also taken away).

Among the defense attorneys who heard from clients was Patty DeJuneas. She and other lawyers filed a case on behalf of their clients, focused on the matters related to attorney-client access and the rights of incarcerated people to their legal documents. The judge issued a ruling in favor of the incarcerated people, citing a 1987 Supreme Court ruling that “…prison walls do not form a barrier separating inmates from the protections of the Constitution” (Turner v. Safley). The judge determined that the prison lockdown and foreclosing communications with attorneys, in some cases, up to a month, represented “an exaggerated response.”

But the fallout from the January 10th incident did not end there. DeJuneas believes her client was charged with disciplinary infractions in retaliation for filing the case against the MADOC. As she prepared for her client’s disciplinary hearing, DeJuneas unearthed stunning evidence. DeJuneas requested copies of all grievances filed by incarcerated people during the period in January – February. She received what DOC said was a partial record — 48 “inmate grievance forms”. The documents detail serious human rights violations. She also gained access to video camera footage of the search of her client’s cell–during which, correctional officers set dogs on his cellmate. She has made an audio recording of this video public.

In my interview with her, Dejuneas explains what the evidence reveals.

In this clip, DeJuneas provides us with an introduction to what makes SBCC distinct from other prisons in the MADOC system (3:35).

Interview Part 2: The Attack on Correctional Officers on January 10th, 2020

DeJuneas explains what is known about the attack on Correctional Officers (3:29). Below this is a video (1:22) of the attack, released by the DOC and uploaded to Youtube by MassLive.

The security camera footage of the attack, as uploaded to Youtube by MassLive.

DeJuneas addresses how the SBCC officials responded in the wake of the attack, providing an overview of the timeline, actions and communication restrictions (3:29).

DeJuneas discusses the patterns of abuse as revealed through analysis of the grievance forms submitted by incarcerated people in the weeks following the January 10th attack (pdf of the 48 grievance forms). Among the complaints: beatings, wrists twisted to the point of extreme pain while in handcuffs, forced to kneel for hours, sexual abuse (harm to genitals, mocking and beating people while naked), pepper spray in cells, etc. She describes the video she saw where dogs were used against her client’s cellmate: the below includes an excerpt of the audio recording of dogs attacking the man. (14:18).

Interview Part 5: On COVID and Conclusion

Not long after this incident occurred, the entire MADOC system went on lockdown in mid-March as a measure to counter the spread of COVID-19. DeJuneas addresses the impact of isolation. She also details her concerns about visiting the prisons once they re-opened and issues a call for an independent investigation. (6:51).

Photo: “Souza-Baranowski Correctional Center_Massachusetts_Overhead View” by PrisonInsight.com is licensed under CC BY 2.0

One Response to Human Rights Abuses in an MA prison: Interview with Patty DeJuneas