The rise of the Internet of things has lead to an exacerbation of the current problems with internet security. IoT devices tend to be low-power systems lacking the robust features of conventional computing devices. The goal of this project is to develop a system that could protect IoT devices from attacks, namely malware that can form a botnet—a network of zombie devices controlled by a malicious user—to launch damaging DDoS attacks. The core of the design is the IoT gateway device, the Hub, that interfaces between the IoT network and the Internet. The sensors are linked over an IEEE 802.15.4 wireless communication network using Xbee Series 1 radios with a communication protocol based on the API configuration of the radios. The Hub holds a database with the
readings and corresponding identities of the sensors, and serves that data to the user interface—a web page— upon an authorized request. The Hub is modeled with a Raspberry Pi 3 board and the sensors run through Arduino Uno boards. 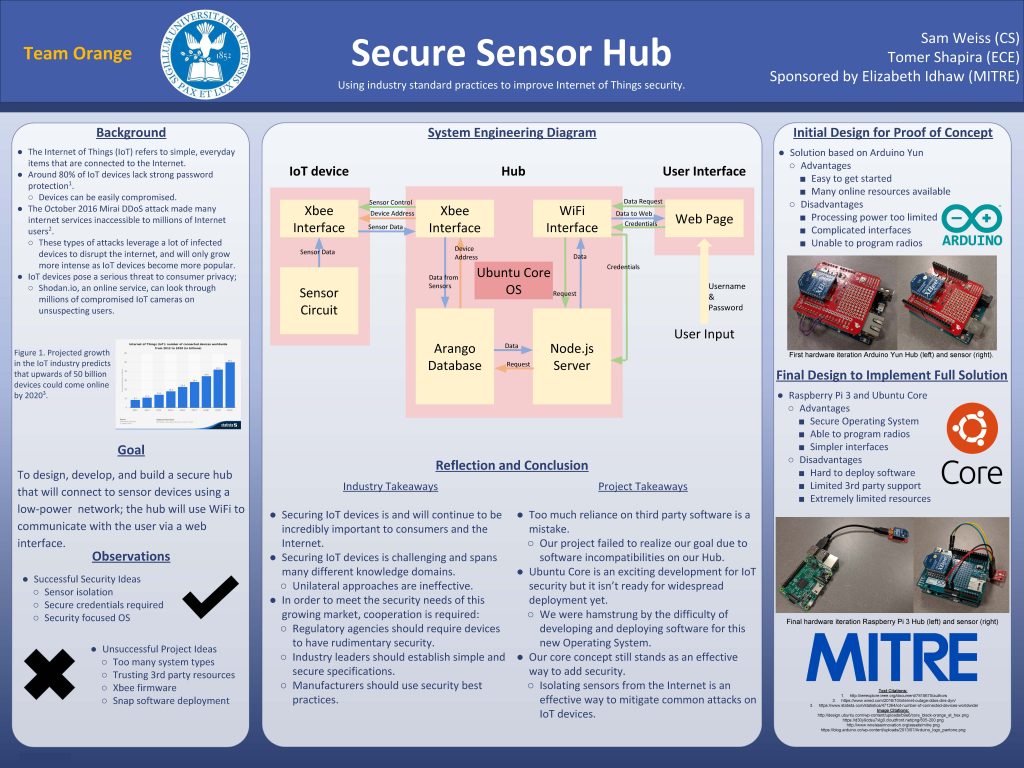