In the wake of a disaster, the goal of first responders is to find and secure affected civilians as quickly as possible. In cases where radioactive material is released, such as a nuclear meltdown or a dirty bomb attack, relief workers are highly impeded by harmful radiation. Uncertainty in contamination levels slows rescue efforts and trapped or injured survivors often wait hours or even days before responders are cleared to help.

Over the past few decades, many agencies and organizations have been using unmanned vehicles to assess and react to dangerous situations. With the recent explosion in popularity of commercial UAVs, their application in disaster response has become much more financially and technologically feasible. As the drone community has continued to grow, it has provided open-source solutions for GPS tracking, video streaming, and even autonomous flight. However, these systems fail to effectively integrate niche capabilities such as radiation sensing.

The UAV Autonomous Search and Rescue project has been ongoing in Dr. Karen Panetta’s Simulation Research Laboratory for several years. In the past, a standalone system was developed and tested which demonstrated the feasibility of radiation mapping on UAVs. Based on discussions with Dr. Panetta, Team Mahogany has identified the critical challenge of data fusion or integration of data from multiple sensors on one image. The Lab and its sponsors are particularly interested in visual images, radiation detection, and GPS coordinate mapping as they relate to this project.

In order to support the Lab’s goal of providing disaster responders with a solution for autonomous search and rescue, Team Mahogany developed a system which incorporates past research, existing open-source technology, and new hardware capabilities. We delivered a prototype of a custom vehicle attachment to record and transmit visual, GPS, and radiation data, and a USB device to receive the data in real time. Our solution will also include a software module implementing data fusion on a simple, effective user interface. With such a system, disaster workers will be able to more easily visualize the scene, which will translate into faster response times and fewer lives lost. 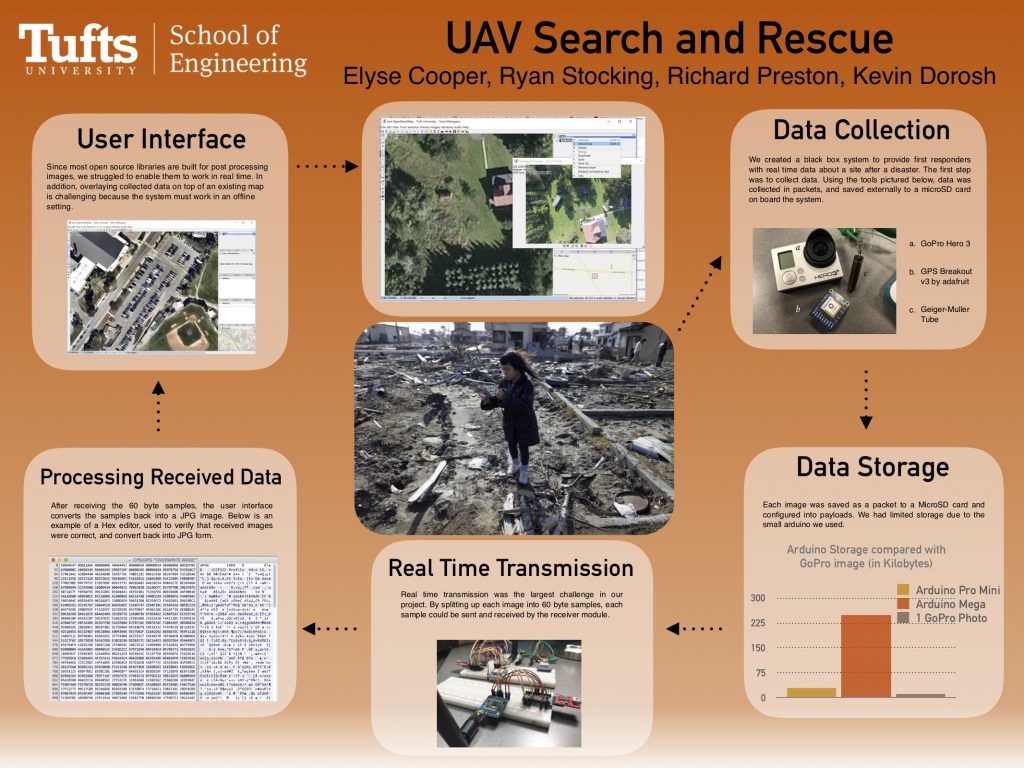