My last two posts have focused on reward and how it may relate to OCD.  The cortico-striato-thalamo-cortical pathways are commonly implicated in OCD, and one of those pathways is responsible for reward processing.  Another one of those pathways is related to working memory and executive function.  In this post I will briefly describe some of the research associating working memory and attention deficiencies to OCD, then talk about cognitive behavioral therapy (CBT), outline my model of how this work, and then conclude with some thoughts on effective CBT. 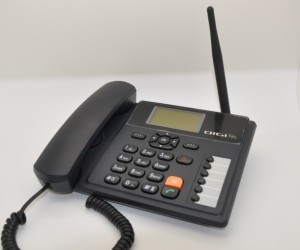 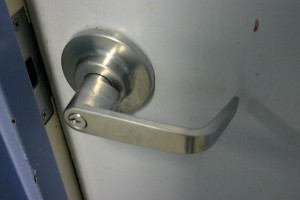 There have been many studies on the impact on memory and attention in people with OCD (see Muller & Roberts, 2005 for a review).  A more recent study examined visual memory and learning of associations using a paired associates learning (PAL) task.  The results showed a significant impairment of attention and learning (Morein-Zamir et al., 2010).  Another recent study did pre- and post-treatment changes in brain activation using fMRI (Baioui et al., 2013).  They administered CBT to 12 patients with washing compulsions (and 12 matched healthy controls).  The therapy included exposures to images like the ones shown here.  The neuroimaging results found reduced activation in the OCD patients in numerous brain regions.  In particular, they found reduced activity in the nucleus caudatus.  I point this out because it is related to implicit learning and working memory.

I want to understand more about how CBT works and how it may cause a reduced activity in the nucleus caudatus, which should then repair some of the learning and memory deficiencies.  The way I view CBT working is creating new memories of the stimulus that are not associated with fear and anxiety. But how are these new memories formed, and what mental faculties are necessary to create these memories?  Attention and working memory have to be involved.

I also speculate that reward processing is involved.  I have two reasons for this.  First of all, the satisfaction or pleasure experienced from a reward can be the source of a positive appraisal of a stimulus.  This positive appraisal is what needs to be remembered and learned.  Additionally, reward acts as a reinforcement mechanism facilitating learning.

Let me try to describe a model of memory and emotion appraisal that may help in understanding how CBT helps in the treatment of OCD.  I developed a model of emotion appraisal that incorporates both an automatic affective reaction and a slower deliberative appraisal (Wilson et al., 2013).  An important part of this model, and a reason why I think it applies here, is that the affective reaction portion of the appraisal is completely memory-based.  To make this appraisal, or affective reaction as I call it, memories that are similar to the current situation are retrieved.  The emotions related to the memory are then projected onto the current situation.  For example, let’s say a person is about to take a test.  Recently, this person took another test and was under prepared for it and did poorly.  This memory obviously has a negative appraisal associated to it.  If the person is also under prepared for this exam then the negative appraisal may get projected onto the current test taking scenario.  This could be even more likely if there are other similarities like the same subject or same room.  But all of this is just the first phase of the appraisal.  The second phase could be considered more logical and incorporates a deeper evaluation of the scenario.  This appraisal may result in a positive appraisal, perhaps a feeling of hope, because the professor is known for giving easy final exams.  These two appraisals are at odds.  I implemented a fairly simple reconciliation process, but I plan to implement a new one that takes into account the intensity of each appraisal, especially the memory-based affective reaction.  I want the model to reflect the overpowering feeling of a really intense affective reaction, a feeling so strong that it cannot be ignored despite any logic that is used to convince oneself that there is no need to feel that way.  Then I believe I can begin to model the effects of CBT on OCD.

I want the model to reflect these intense affective reactions, but also add to the memory new appraisals that are perhaps less negative – and ideally positive in some cases.  Through repeated exposures, the memories that are more easy to retrieve are the positive (or less negative) ones, and thus the affective reaction generated from these memories are not so negative and definitely not intensely negative.

Because the similarity of the memories to the current situation affect whether the memory is retrieved, I speculate that as part of CBT the new memories being formed must bare a strong resemblance to the stimuli that is found “in the wild.”  For this reason I am highly skeptical of computerized CBT (CCBT) and am a strong proponent for in vivo approaches.  The latter has a better chance of constructing an environment or scenario that is more realistic, thus enabling the memories from this therapy to be more useful.  If we also add in the fact that OCD has an effect on working memory and attention, I would expect that a more lifelike scenario would be more captivating and better hold ones attention and hopefully be retained in working memory.

There are many symptoms of OCD, and unfortunately an effect on memory is one.  Treatments of OCD need to take this into account.  Models of how CBT and OCD work can help us explore the best treatments and design new studies to verify the assumptions of the model.  A multi-discipline approach is more likely to succeed, and I hope to see more of it going forward.