The previous blog posts detailed what deep brain stimulation (DBS) is, how it developed, and how it is thought to cause its antidepressive effects. It appears that the future for this procedure is bright. However, any discussion of DBS would be remiss to overlook the ethical implications of the use of what is still considered an experimental surgery on human subjects. In medicinal ethics, the three main considerations are beneficence, non-malfeasance and autonomy (Delaloye et al., 2014).  Let’s break these down one by one.

Beneficence. As discussed in previous posts, DBS in treatment resistant depression has very good outcomes, with conservative remission rate around 25% higher than standard treatment. (Kennedy et al., 2011). There is a tricky extension to this statistic though. DBS causes changes in mood based on electrode parameters. So, as Delaloye (2014) asks, should we aim for patients to have joy or the neutral state of euthymia? The authors conclude that we should aim for neutrality but go on to caution of the dangerous  potential for drug-like abuse of DBS, if control of the stimulator is passed from researchers to patients.

“Should we aim for patients to have joy or euthymia?”

A more cynical benefit is the return of patients to productivity. Grant et al. (2014) argue that the monetary costs of DBS, around $80,000, is offset by the billions of dollars in losses due to absenteeism related to psychological issues. That is, an amelioration of declines in efficiency due to mental illness. Additionally, they argue that there are psychological benefits of patients return to work.

Non-malfeasance. One side effect not mentioned in my first posts is a common feeling of a significant personality change, to the point where patients reported not recognizing themselves, or feeling controlled by the device, “like an electric doll”  (Johansson et al., 2014). It  speculates that this is a psychological rejection of an invasive implant. Patients also reported feeling severe discomfort around their families and when returning to work, which may serve as opposition to Grant’s (2014) idea that a return to work is always beneficial to patients.

Delaloye et al.  (2014) also mention that DBS has received a large amount of press recently, often selling the treatment as an almost miraculous cure. The failure of these expectations can be psychologically damaging to patients, especially when in a study they have the potential to be classified as a “non-responder.” Researchers need to be careful; they want to avoid the negative view the public has with useful treatments such as electro-convulsive therapy but need to avoid overselling the positive effects.

Autonomy. In medical ethics autonomy is related to the decision making capability of a patient, specifically their ability to give informed consent to treatment. A common concern is that due to the psychological nature of depression, patients can not give proper consent as their decision making process may be impaired. A milestone study addressing this issue was conducted by Fisher et al. (2014). Their results show that on measures relating to the perception of therapeutic benefits and risks of DBS,  patients scored well on these measures. Interestingly, they found a non-significant trend showing that the more depressed a patient was the fewer misconceptions they had about the therapeutic nature of the study. That is the research aspect of the study was not as salient, leading to a stronger belief that the procedure was focused on their personal relief instead of scientific gains.

Overall, the risks to the patient are outweighed by their benefits and the use of DBS for depression should continue. However, the concerns over informed consent are valid. All the papers cited here agree that a panel, consisting of neurologists, neurosurgeons, psychiatrists, and nurses, needs to be able to examine every patient being considered and asses whether all aspects of the procedure, especially its experimental nature, are 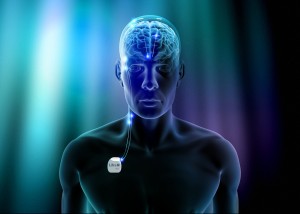 understood. Additionally, post-treatment therapy needs to account for failures of expectations from the procedure as well as managing patients discomfort and other feelings relating to feeling “robotic” or uncomfortable with the procedure. If these precautions are rigorously met, clinical trials of DBS should expand and start to be considered as a true, non-experimental treatment.