Alogoskoufis, G. (2018) “The Clash of Central Bankers with Labor Market Insiders, and the Persistence of Inflation and Unemployment”, Economica, January 2018

This paper analyses the implications of monetary policy for the dynamic behaviour of inflation, in a ‘natural’ rate model characterized by endogenous unemployment persistence. We present evidence for the main industrial economies that suggests that inflation displays persistence which is of the same order of magnitude as the persistence of deviations of unemployment from its ‘natural’ rate. We provide a theoretical explanation of this fact based on a model of the dynamic interactions between central bankers and labour market insiders. The clash in the objectives of central bankers and labour market insiders is what causes both inflation and unemployment to display the same persistence in this model. The analysis suggests that inflation persistence could be addressed in a welfare‐improving way, if central banks adopted monetary policy rules that targeted unanticipated changes in unemployment rates instead of deviations of unemployment from its ‘natural’ rate.

The Constantine G. Karamanlis Chair in Hellenic & European Studies Annual Lecture
Greece, A Nation at the Forefront:
Illegal Migration, Refugees, Terrorism and the New Security Challenges of the 21st Centurygiven by His Excellency, Vassilis Kikilias 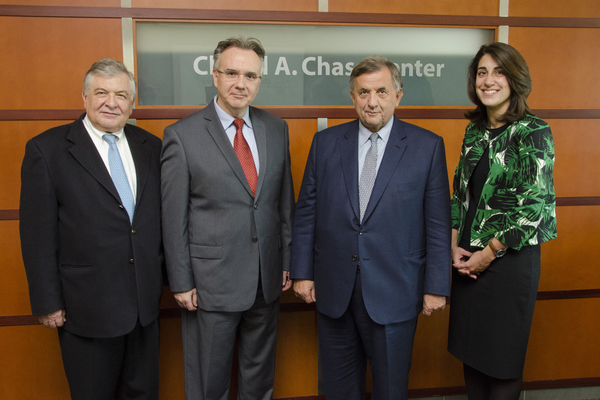 From Grexit to Grecovery; Is the euro-crisis over?
given by
Mr. Alexandros Tourkolias
Chief Executive Officer, National Bank of Greece
Tuesday, 14 October 2014
The Fletcher School of Law and Diplomacy, Tufts University 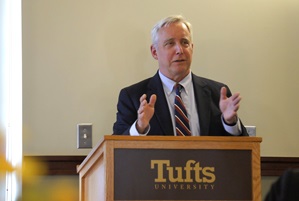 The 10th Anniversary of The Constantine G. Karamanlis Chair in Hellenic and European Studies
International Workshop
“A World of Crisis and Shifting Geopolitics: Greece, the Eastern Mediterranean and Europe”
October 28, 2011
The Fletcher School, Tufts University 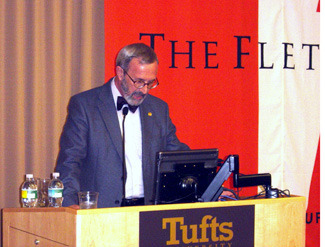 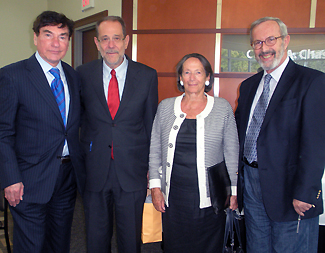 ”The International Order after the Russian-Georgian conflict“

EU and US should co-operate with Russia | euobserver.com