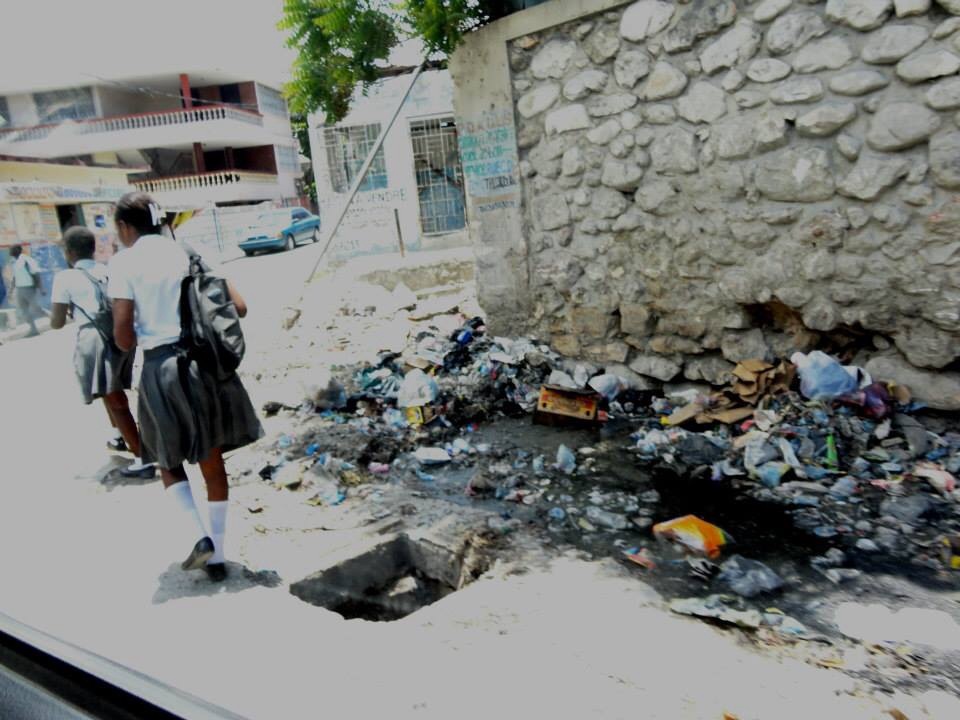 During this week’s Public Health and the Built Environment course focused on Air Pollution, an interesting discussion blossomed out of a presentation on environmental health challenges in Haiti. The discussion started with a summary of poor air quality in the country. Despite having no major industrial polluters to speak of, air pollution levels rival that seen in Beijing. It’s stunning to think that a country that enjoys none of the economic benefits of pollution might suffer from some of the worst air quality in the world, but such is just one of the many public health quandaries in Haiti. The electricity grid is so poor that over 70% of energy is derived from charcoal and wood burning, devastating to the country’s already deforested landscape and encroaching upon the last remaining viable habitat in the country – the mangrove forests. Anyone with money (including local businesses) continue to rely on high polluting diesel generators as a source of power even years after the earthquake, and the lack of basic sanitation services mean that trash and the burning of trash choke the urban landscape. Old vehicles clog the roads, and infrastructure damage often translates into needless hours spent in traffic. And that’s just the air pollution problem. It’s not surprising that respiratory illnesses represent the leading cause of death in Haitian children, nor that the average life expectancy is among the lowest in the world.

But in a country so challenging to the basic human condition, a most interesting topic emerged from the class discussion. Why do Haitians seem so happy? From the American perspective, which seems absolutely logical to me, people should be visibly unhappy to the tune of the devastation, poverty, hunger, and death that surrounds them. But in fact, the people carry the appearance of joy, certainly happier in countenance than you will see in the passerby in any large American city. At night, your mind relaxes to beautiful anonymous singing in the hillside, suggestive of a population at ease with their place in the world.

But why? In fact, conditions are so deteriorated that the average Haitian is forced to survive day to day, and by default, live deeply within the experience of the present moment. Questions of getting the basic necessities of food and shelter met on a daily basis trump the mind’s tendency to dwell on the past or obsessively ruminate on the future. It also certainly helps to be surrounded by a community that understands and experiences your loss with you.

But the point about the present moment really resonated with students, who as a general rule are often plagued with worry about their grades, future job prospects, etc. etc. Our society has bred the learning out of education by creating a generation of obsessive worriers. It’s often my greatest challenge to get students to let these fears subside long enough to learn the material, not just to get a good grade, but to really learn it.

But that’s just one side of the coin – living in the future. Give it a few years and the worry spreads to living in the past. Chewing obsessively over regrets, mistakes, opportunities not seized, and more often than not, wishing that more time had been spent learning than worrying! The list goes on and on. It’s a cycle that I see play out year after year, and one that I am certainly not immune to myself.

So this is the lesson I want to teach my students TODAY. There is true power to living in the present moment, as the happy Haitian so prominently teaches us. To focus your energy on the space you are in now is to live and learn it fully. The past can’t be changed, so dwelling on it beyond what you need to learn today’s lesson and move on is valuable energy wasted. As for the future, I’ve yet to meet someone who can predict or change it (not even the most brilliant professor!), so the best we can do is to live and learn from the present experience as fully as possible. To take a gem from my economics class, the most efficient outcome is the one in which your energy is maximized in the present! I hate to draw from an overly popularized self help book, but Eckhart Tolle is on to something here, if only for the title of his best seller, The Power of Now.

So to my students I say, study hard to learn the most from each day. This is by far the better strategy than worrying about how little you studied yesterday, or obsessing over the marathon study session you will soon suffer to make up for it. Take a lesson from our class discussion of happy Haitians. You won’t regret it!