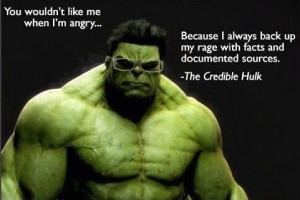 One of the most common “secrets to life” is to never make a decision when you’re angry and to never make a promise when you’re happy. When making a choice, people seem to accumulate evidence for each option, compare the potential outcomes, then make the decision. There are massive amounts of information that are taken into account at this crucial moment, including previous experiences, predicted outcomes, and physiological measures such as hunger or tiredness. The most apparent, and one of the highest priority factors that can influence a decision, is emotion. The emotional and decision making systems are so intertwined that it seems like one of emotion’s defining features is its effect on other cognitive processes like decision making. Research has uncovered details regarding the complex, dynamic impact of emotion on choice, and hopefully a better understanding of this relationship can help people identify when and why emotion is intruding on the decision making process.

Recent investigations have been made  in order to identify areas of the brain that contribute emotional information into the decision making process. In a study conducted by Michael Koenigs and Daniel Tranel in 2007, it was found that the ventromedial prefrontal cortex (vmPFC) plays a role in regulating emotion when making a decision. Participants in their experiment that had damage to this brain region were influenced more by the emotional content of the decision, suggesting that the vmPFC can act as a mediator of sorts between the two systems.

A study conducted by Antoine Bechara and his associates determined the amygdala to be another brain region that contributes to the decision making process. This experiment showed that participants with bilateral amygdala damage did not properly integrate emotional content with a decision. The study also dissociated the amygdala’s effect from that of the vmPFC, suggesting that both brain areas have an effect on the relationship between emotion and choice.

While these two studies looked at the brain regions involved in emotion and choice, an experiment performed by Jonathan Roiser and his colleagues determined that genetics play a role in the impact of emotion on decision. The research found that participants with different alleles in the serotonin transporter-linked polymorphic region showed different reactivity in the amygdala during emotional decisions. The amygdala activity coincided with a behavioral trend towards choosing an option favored by emotions. This study showed that individual differences during the integration of emotion can be caused by genetic variation.

While it be easy to see the effect of emotion on an explicit decision (picture loaning a roommate $5 when you are mad at them), emotion’s effect on implicit decisions can be harder to identify. A common implicit decision is that of morality. If asked why something is immoral, most people could list off reason why this is the case. The majority of these reasons would transpose the  interoceptive concept of fairness or equality onto the circumstance, mostly by sympathizing with the party that would be left worse off. The impact of the emotional system on morality is further strengthened by the fact that a moral judgement is often quick, and done by “feel”: general goodness or badness. This strong link between emotion and morality is supported by a study performed by Jorge Moll and associates, where they found that morality is linked to activation in brain regions used by the emotional system.

Knowledge about the brain structures mediating the emotional system and the decision making system is helpful in identifying why emotions seem to have such a strong effect on the choices we make. While it is a good idea to follow the sage advice of never making a decision while angry, there are decisions where emotion should be taken into consideration. Why is there a strong functional link between these two pathways in the brain? Why is there genetic variability in determining how much we take emotion into account? Maybe it is because listening to your emotions when deciding on things such as morality or risk can be equally as beneficial as taking into account all other variables.