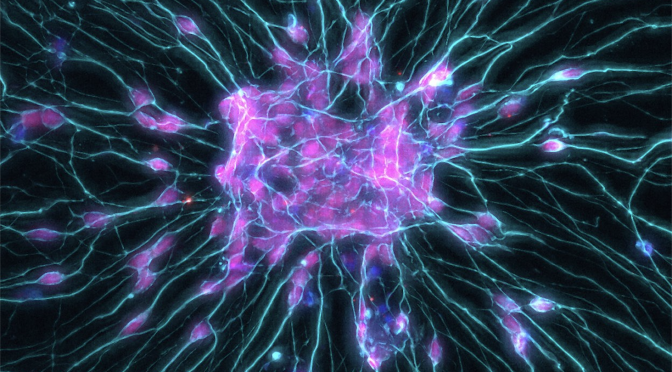 This past December, the prestigious international Nobel prizes were awarded in recognition of academic, cultural and scientific advances. Before delving into this past year’s prizes, it seems only appropriate to take notice into how nominations to become a Nobel laureate occur. The process to select laureates begins in September when invitations are sent out to a select group to make nominations. The deadline for nominations is January 31 of the following year. Once nominations are in, there is a three-month process in which all nominations are being consulted on, with experts. After having consulted with experts, reports are written with recommendations during July and June. In September the Academy gets a report on final candidates and in October, after a majority vote, the Nobel Prize is announced. Bringing us full circle to this past December’s Nobel prize awards.

We begin with the Nobel Prize in Physics which this year was awarded for two separate discoveries, each of which I will comment on separately. The first, “the discovery of an exoplanet orbiting a solar-type star”, by Michel Mayor and Didler Queloz ushered in a new era for exoplanet astronomy. Before this, physicists wondered if there were other planets like ours in the solar system, and more deeply, wondered if there were planets just like our Earth that could sustain complex life. Since then, the interest in exoplanet astronomy has grown, and the tools at the disposal of scientists studying them have improved, with more exciting discoveries about exoplanets every year. The second, with equal value, “for theoretical discoveries in physical cosmology” by James Peebles is profound because his work attempts to understand the origins of the entire universe. A lot of active research in astrophysics depends on understanding what the initial conditions of the universe were like and wondering how the galaxies themselves came into existence. In building this article, it is worth mentioning many physicists felt the award for cosmology was bittersweet as it came a little too late for a certain well-known astronomer whose contributions to cosmology were also immense. Vera Rubin was an astronomer in the field of galaxy rotation rates that revealed the presence of dark matter. Dark matter is an essential component in the theories of cosmology, and many felt it sad to think her contributions did not get as much recognition from the Nobel committee when she was alive (She passed away in 2016).

The Nobel prize in Physiology or Medicine “for their discoveries of how cells sense and adapt to oxygen availability” was awarded to William G. Kaelin Jr, Sir Peter J. Ratcliffe and Gregg L. Semenza. Every cell in our body requires oxygen for basic metabolic and physiological functions. Several animals utilize oxidation reactions to power the conversion of nutrients from food into energy, making oxygen essential for supporting life. This discovery completed the full picture of oxygen sensing in cells that began back in 1931 with Otto Warburg’s discovery concerning the enzymatic basis for cellular respiration, and Corneille Heymans in 1938 for his findings on the role of the nervous systems respiratory response to oxygen. The question that loomed over many scientists in the current century, that this year’s Nobel finally addressed, was cellular adaptation to oxygen availability through gene expression. The ability to alter gene expression patterns to oxygen availability is essential during normal physiological events from embryonic development to even exercise. This variation also extends to pathological states such as cancer and infection. William Kaelin, Peter Ratcliffe and Gregg Semenza found that during normoxia a transcription factor that alters normal physiological processes is degraded via the ubiquitin proteasome system. However, during hypoxic states such as cancer or infection this transcription factor is not ubiquitin tagged and thus not sent to the proteasome for degradation leading to alterations in gene expression. The question these scientists helped to answer is a textbook question that we will likely see being taught in early biology classes. It is also something we will likely see being applied to new therapeutics as it paves the way for promising new strategies to fight anemia, cancer and many other diseases.

Lithium ion batteries are everywhere from your smartphones to devices used on the International Space Station. The Nobel prize in Chemistry “for the development of lithium-ion batteries” was awarded to John B. Goodenough, M. Stanley Whittingham, and Akira Yoshino. The concept of lithium batteries has been around since 1991 and since their introduction to the field they have been revolutionary. The working principle of a battery is simple; it consists of two electrodes (metals like lithium) each connected to an electric circuit which itself is separated by an electrolyte that can accommodate charged species. Before we had lithium ion batteries, batteries relied on other metals such as copper, lead, and nickel. The main issue with the previous battery designs was that they were not rechargeable. Lithium on the other hand was rechargeable but prior to perfecting the design of the lithium battery, many worried it was too explosive. The current design of lithium batteries is not based on a chemical reaction as the designs preceding it were. Rather the new design relies on ions flowing back and forth between anode and cathode. This design is advantageous as it allows users to charge their batteries hundreds of times before the performance of the battery deteriorates. The work of these scientists is exciting as it introduces new power resources that other scientist can expand on in an era that seeks to lean away from fossil fuels.

The last Nobel prize I will comment on is in Economics which was awarded to Abhijit Banerjee, Esther Duflo and Michael Kremer “for their experimental approach to alleviating global poverty”. According to the UN though, the global poverty rate has declined by half since the beginning of the twenty-first century, one in ten people in developing regions still live on less then two U.S. dollars. Many have attempted to help address the problem but have come short, describing the problem as too big. This year’s laureates went about addressing the crisis using a more strategic approach. The economists utilized a method familiar to many clinicians; they utilized Randomized Controlled Trials or RCTs. Instead of tackling poverty as a whole, they set up randomized trials in different locations in developing countries, in which they compared different groups with the same average character analyzing different things that contribute to poverty: education, health access, job availability, etc. By breaking down the problem, the economists were able to better define the needs of these developing countries in terms of resources they need, or have but aren’t utilizing. Today the field of developmental economics relies on field experiments as the gold standard for experiments done in order to give more valuable data.

For more information on past and current Nobel laureates visit: https://www.nobelprize.org/all-2019-nobel-prizes/