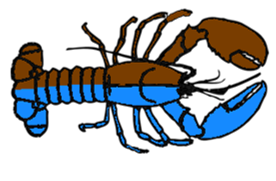 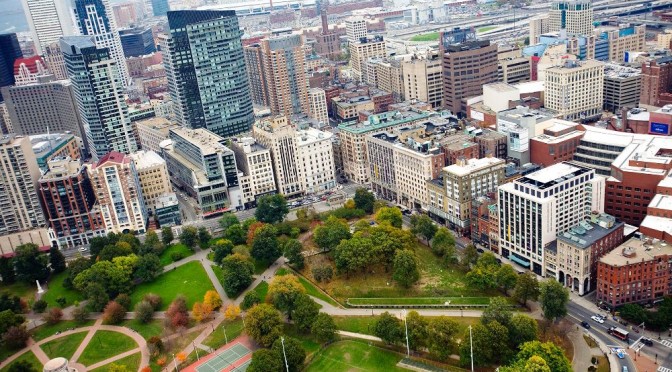 This spring, a group of Sackler students were presented with the opportunity–or challenge–to do so through a collaboration with Emerson College. Seven graduate students from various programs were paired with undergraduate students–whose majors ranged from journalism, TV production, video production, and animation–enrolled in an upper-level science course focusing on science media/communication. The main goal was for the Sackler participants to serve as scientist contacts with whom the Emerson students would put together three science-centric media pieces. The first two were written, one being a profile piece on the graduate student scientist who the undergraduates were paired with and the second being an article reviewing, explaining, and reporting on the graduate student’s research topic and field. The information gleaned from both of these interview experiences also culminated in planning and executing a final project in video form. These videos ranged from animated science-explainer videos to mini-films profiling the scientist collaborator, showcasing the broad interests and talents of both student groups.

The course instructor, Dr. Amy Vashlishan Murray–who earned her PhD in genetics from Harvard University–is a strong advocate for comparing, contrasting, and combining science and media. Her passion for science communication started in college and grew deeper in graduate school where she participated in various outreach programs, including the Science in the News lecture series. When she started teaching at Emerson, she created this ‘Science in Translation’ course as a way for her–from the perspective as first a scientist and second a communicator–to make an impact on future contributors to media and communication fields. In particular she designed the course for depth, as it was one of the first upper-level science classes to be introduced to the curriculum at Emerson. She wanted to help art-focused students find “the place of science in their world” by facilitating a “peek behind the curtain” of scientific research.

In addition to teaching, Dr. Vashlishan Murray initiated Boston’s branch of the Ask for Evidence campaign. This program, which is sponsored by the organizations Voice of Young Science USA and Sense About Science, seeks to have members of the public investigate consumer-directed advertisements making science-based claims and test whether those claims are indeed accurate. This effort dually challenges the public to think critically about scientific claims while also challenges those who use scientific claims to do so more carefully and accurately. Her work related to Ask for Evidence helped  her win the 2014 Paul Shin award from the Washington, D.C.-based grassroots group Coalition for the Public Understanding of Science (COPUS), which honors trendsetters and pioneers in the science communication field.

Dr. Vashlishan Murray took a flexible and welcoming approach to the class, letting it serve the needs of her students and science collaborators in equal turn; she frequently took into account and implemented suggestions from both groups throughout the course. The Sackler students started off the semester by attending an improv class with the Emerson students to pull down any initial social barriers and to encourage critical thinking about how we communicate not just with words but with movement and facial expressions and how one-on-one versus group communication works. We also were invited to many of the course’s classes, some discussion-based and others in which guest lecturers spoke, including science communicators from Story Collider and Stat News. The tables turned when we were the ones presenting in the form of 8-minute research flash talks, which the Emerson students critiqued based on how well we communicated the science for a general audience.

The majority of our time for this collaboration, however, was spent working with the students themselves. The semester-long relationship of in-person interviews, email correspondence, planning and filming sessions for the final video project, and discussions following the completion of each media piece facilitated deeper understanding and engagement on both sides.

“I was pleasantly surprised by the enthusiasm (for the scientific content and for the cause of science communication) expressed by many, if not most, of the students in the class,” Melissa LaBonty, one of the program collaborators and a CMDB graduate student, commented when asked about her experience with the Emerson students. “I was also happy to learn that given the correct information and background, a lot of non-scientists can become just as passionate about our scientific interests as we are!”

Dr. Vashlishan Murray was able to share some of the Emerson students’ responses and noted that the majority of them mentioned the collaborative aspect of the course as the most impactful. In particular, she highlighted that many of them described their experience this semester as finding “the humanity in science.”

As for what future iterations of the course will be like, Dr. Vashlishan Murray mentioned she’d like to delve deeper into communication theory in relation to science for the Emerson students. For the scientist collaborators, more feedback about their communication skills and more involvement with the guest speakers are things she’d like to expand upon. Both additions would strengthen an already engaging and transformative experience that this course provided, enriching the knowledge gain for both the science-focused and communication-focused student groups.