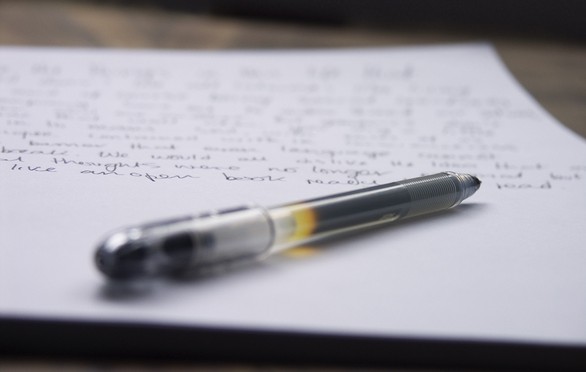 The pillars supporting a good scientist remain unbroken. They have changed little since Galileo dropped spheres in Pisa and Pasteur confirmed germs cause disease. It is the understanding and mastery of these core principles that should be the dominant focus of graduate training. The journey of a scientist is one of vistas and ditches. For the PhD student, so quickly can things shift from shining moments of discovery to the fierce harshness of figuratively banging their head against a lab bench after another failed experiment. Unless the student enters this land prepared, they will collapse in the first journey over the top. Discoveries require failures. Without resilience to failure, decisions are tainted by fear of failure. The process of gaining a PhD is overflowing with decisions of consequence including selection of advisors, scientific projects, and career paths. Resilience, the capability to adapt to diverse stressors, is critical to making these decisions with a clear and strong mind. Outlined here are four ways resilience can be improved during PhD training.

In 1962, in the sun drenched football stadium at Rice University, President Kennedy declared why the American people must pursue this great achievement. But the path to the Apollo 11 landing on the moon was far from smooth. A raging fire consumed all three astronauts of the first mission, Apollo 1. There were many reasons to scrap the program. Yet America pressed on to reach the lunar surface due to the ultimate resilience of an entire team following Kennedy’s call. We do things because they are hard.

In order to achieve such resilience in science, the PhD student must understand their own resilience. Are problems avoided because of failure’s sting? Do roadblocks bring the desire to avoid difficulties all together? It is critical to understand how stress affects personal decision making. A healthy mind underlies balanced processing of information. The student must be guided to recognize when their thinking is warped by stress, resulting in a lost desire to pursue difficult problems. The watchful gaze of the student’s committee is critical, but can be supplemented with mental health counseling focused on developing introspective thought. When such self-awareness is gained, resilience becomes a tangible trait to personally and actively increase. Hard problems are no longer fearsome, but glorious challenges.

Great people fail, but understand the meaning of failure. Failure isn’t a worthless enterprise, a waste of time and resources. Far from it. Failure is the journey.

In order to develop resilience as a PhD student, it is important to understand what failure is. When an experiment fails, it is not a fatal loss. Negative data retains value. And failed experiments can be further optimized to better answer the chosen question. In the process of PhD training, negative results or outcomes must not be hidden away, but acknowledged by student, advisor, and committee as a critical part of scientific training. Once failures are defined as constructive parts of training, resilience to their sting becomes much easier to develop.

Some of the most resilient people on TV appear on Junior MasterChef, a culinary competition of children under the judgment of Chef Gordon Ramsay. He presents ingredients and a goal, and four-foot tall competitors bring him their completed dishes, some terminating in crying defeat under his carefully worded criticism. However the winners don’t break. They remain resilient to the criticism and create beautiful dishes that ultimately wow both Ramsay and audience. What sets these children apart? It’s both resilience to criticism and a mastery of cooking technique. These kid chefs are so skilled in their cooking finesse, that when a challenge comes this confidence sets them up for success.

In the same way, the PhD student can be set up for scientific success by becoming a master in their chosen area of technique. If skills are mediocre, failures are sure to increase, to the point where the student gives up and quits. Resilience is hard to build when one is set up for failure. It is an important role of the student’s advisor and committee to critique student technique, because in its improvement lies the path to increased positive student experience. And mastery of technique brings certain confidence, because though an experiment may answer or negate a hypothesis, a clean result remains a beautiful thing.

Neil Armstrong stepping onto the lunar service was a culmination of years of rigorous work. Thousands contributed so one man could take one small step. Science is a team sport. Without a supportive network of mentors and peers, problems become harder and resilience difficult to sustain.

It is easy as a PhD student to become intellectually isolated in pursuit of a project. This can and should be avoided. In order to gain resilience and pursue the hardest of problems, guidance is needed from those that have been there before. Opportunities to present work provide an outlet for constructive criticism and guidance. The selection and pairing of mentors outside the student-advisor relationship serves as a platform for dealing with failure. Support networks can be facilitated, but ultimately are an active process on the part of the student. Such relationships should be encouraged during graduate training to build the resilience to the failures and press to the successes.

Resilience is a trait able to be learned and developed by anyone. When scientific resilience is gained, hard problems can be pursued resulting in a fulfilling PhD training experience. A fulfilling scientific life requires resilience to separate one from the psychological weight of failure. And resilience not only gives the ability to think clear and true in science, but throughout the hard and difficult decisions that are guaranteed to appear during the human life. Developing resilience in science should be a major focus of graduate training.