Historic Changes for Historic Times at the Smithsonian

The Smithsonian Institution felt the same pains that museums around the world experienced in the wake of the COVID-19 pandemic and its global shut downs —massive economic loss, sweeping reductions in staff, and an intense burnout as they, and museum professionals across the globe, struggled to adapt to a “new normal.” Fortunately, it appears that we are finally seeing the other side of this pandemic, and the Smithsonian has joined the likes of many others in reopening its doors to the public.

This era in the Smithsonian’s narrative will also be marked by none other than Jeff Bezos, founder and CEO of Amazon and soon-to-be astronaut. Just days before his historic voyage to space through his rocket company Blue Origin, Bezos made a personal $200 million donation to the Smithsonian Institution’s National Air and Space Museum, the largest philanthropic donation to the institution since its founding in 1846. The gift will help complete ongoing renovations at the museum, but the majority will go towards the development of a new education center that encourages learning and exploration in STEAM fields.

The Smithsonian’s Hirshhorn Museum and Sculpture Garden is also in the midst of historic change. In 2019, artist Hiroshi Sugimoto’s proposed re-design for the Hirshhorn’s sculpture garden was approved, but not without major backlash. Sugimoto’s design drew heavily from Japanese culture and many felt that this detracted from the original concepts of museum architect Gordon Bunshaft and landscape architect Lester Collins. Though Bunshaft and Collins also used Japanese architecture as in inspiration for their work, the Hirshhorn has a largely Modernist aesthetic, and opposers of Sugimoto’s concept feared that his re-design would clash with this existing aesthetic. Some even called for Collins’s work on the sculpture garden to be included on the National Register of Historic Places. Ultimately, the U.S. Commission of Fine Arts has voted to approve Sugimoto’s design, and this change will hopefully bring a new sense of design unity to the Hirshhorn and its sculpture garden. 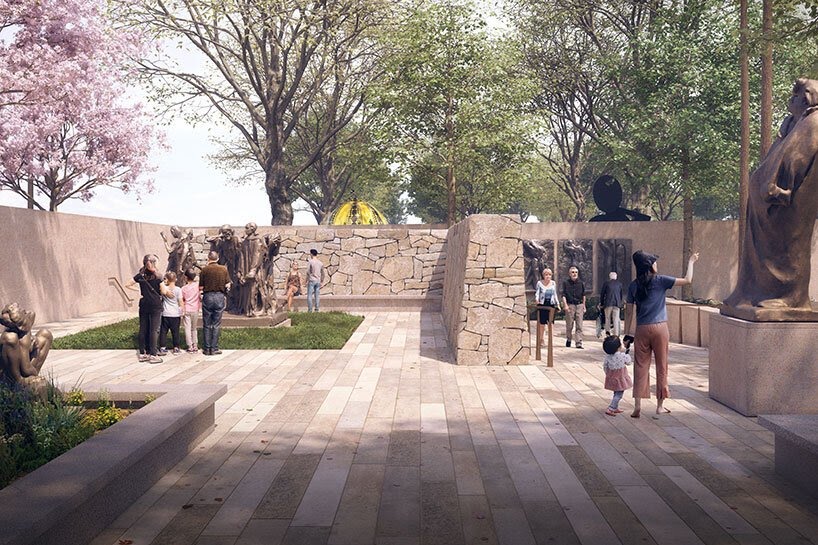 Render of Sugimoto’s concept for the Hirshhorn Museum’s sculpture garden.

Since it’s founding, the Smithsonian Institution has had an incredible story of creation and change, and it is promising to see the institution continue to follow this narrative even in the wake of a global pandemic.

Please Touch: The History of Museum Accessibility for Blind Visitors