What Makes a Beautiful Museum?

With safe travel starting to become possible again, and folks thinking about engaging together in culture, art, and history to gain hope after a worldwide pandemic, it perhaps seems natural that people might seek out special beauty in the places they choose to visit. I was browsing the news online when I came across this National Geographic article entitled “These are the world’s most beautiful museums,” complete with short descriptions and breathtaking photographs of fourteen visually stunning museums across the globe. It speaks to the power of visuals to draw human beings in and entice us, and to the value of making an exterior as impressive as its inner contents, that I found myself longing to visit every single one of these museums.

Yet it certainly made me wonder. What, really, does make a beautiful museum? To each museum-goer, this question has a different answer. Is it simply its architectural design which makes a museum beautiful — the inside, the outside, or both? Is it the artwork hanging on the walls? The history that’s told within? The passion of the staff and volunteers who keep it operating? The discourse, questions, and ideas it sparks? The significance of the place itself, or the people who once lived or worked there? Or the visitors, bringing with them their biases, their problems, and their thoughts, and leaving with renewed knowledge, interest, and energy? Is it a combination of all of these things?

What, to you, makes a museum beautiful? Under your qualifications, what are the most beautiful museums in the world?

Below, find a list of just a few of the museums commonly considered the “world’s most beautiful.” But remember that — and it’s only cliche because of its profound truth — beauty is absolutely in the eye of the beholder. 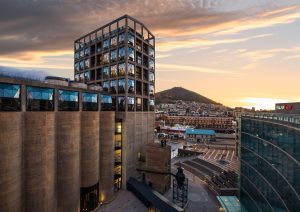 Upon its opening in 2017, the Zeitz MOCAA became the largest museum of contemporary African art in the world. The building was previously a grain silo, and both the interior and the exterior creatively and effortlessly incorporate and transform the remnants of this former function into something beautiful.

The Niterói Contemporary Art Museum is, unsurprisingly, a main attraction in the city of Niterói, Rio de Janeiro. It took five years to build before its opening in 1996 and stands four stories high, overlooking the South Atlantic Ocean. 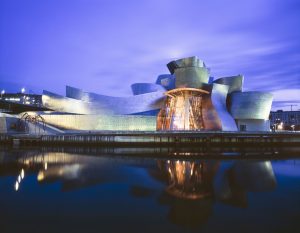 The Guggenheim Bilbao is just one in a family of four surreal Guggenheim institutions. The Solomon R. Guggenheim Museum in New York, the Peggy Guggenheim Collection in Venice, and Guggenheim Abu Dhabi all manage to catch the eye and keep it.

The NMAAHC stands powerfully and beautifully on Washington D.C.’s National Mall, surrounded by monuments honoring men whose involvement in Black history is detailed within the museum. Designed with elements of African, European, and American architecture, the building gives an impactful statement on the African diaspora. 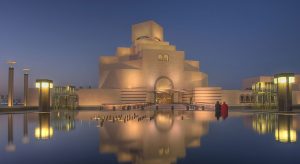 Built on an island in Doha Bay, the Museum of Islamic Art was designed by a 91-year-old architect who had to be coaxed from retirement. The building’s mesmerizing reflection on the sea alone is enough for me to be grateful they convinced him. The museum has become a cultural icon for the Arabian Gulf since opening in 2008. 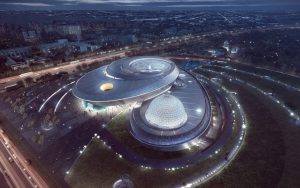 Having just opened its doors in July of 2021, the Shanghai Astronomy Museum is already making a huge impact. It is the largest museum in the world dedicated to astronomy, and each architectural component of the building is also an instrument that tracks the sun, moon, and stars. In imitation of the universe’s complex geometry, the museum is designed with no right angles or straight lines. 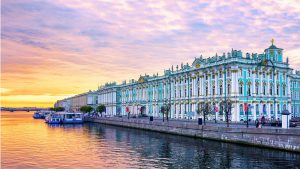 This is by far the oldest museum on the list. Founded in 1764 with Catherine the Great’s own art collection, the Hermitage still manages to impress. It was once home to Russian Tsars and remains the largest art museum in the world. It’s been said that with a minute spent looking at each item in the Hermitage for eight hours every day, it would take fifteen years to see the entire thing.

So what do you think? Would any of these museums make your list of the most beautiful in the world? What else would you add?