Sweden’s proposed “Democracy Criterion” for arms exports – Taking the lead in export controls, or new words for old policies? The doors close at the ICTY 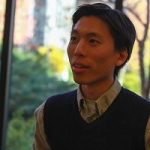 Corruption in the Indonesian arms business

WPF has published “Corruption in the Indonesian arms business: tentative steps towards and end to impunity (December 2017)” authored by Xiaodon Liang and Sam Perlo-Freeman.  This paper emerged out of research from our program on Corruption and the Global Arms Trade.

The arms trade is one of the most corrupt legal businesses in the world. A combination of factors, including secrecy, the enormous value and complexity of major arms deals, the eagerness of exporters to grasp infrequent high value opportunities, the close relationship of the arms business with top-level power politics, and the national security exceptionalism that often shields military matters from scrutiny, all make the arms business particularly susceptible to corruption. Beyond procurement, the military sector in general can often be a haven for corrupt practice, especially in countries where the military wields, or has recently wielded, political power or influence.

In Indonesia, the military has long been regarded as highly corrupt, in spite of the country’s relatively successful transition to democracy since the fall from power of long-time dictator President Suharto in 1998, and the military’s subsequent withdrawal from the political sphere. Military reform has achieved considerable success overall, but has been severely limited in the economic sphere, where the military retains considerable autonomy. Very little detail is provided of the annual defense budget, and systems of monitoring, control, and accountability are weak. Transparency International’s Government Defence Anti-Corruption Index for 2015 gave Indonesia a ‘D’ rating, indicating a high corruption risk.

Brokers and middlemen, frequently the conduit for corrupt payments from suppliers to decision-makers in international arms deals, are active in most procurement processes from a very early stage, creating ample opportunities for decisions to be distorted by corruption, from the setting of initial requirements to the final contract award. Despite this, before 2015 there were virtually no cases of military officers or defense officials being investigated in relation to corruption, and none in relation to arms procurement.  Military personnel remain exempt from the civilian justice system, which means that the Corruption Eradication Commission (Komisi Pembarantasan Korupsi, KPK), which has been very active in other spheres since its foundation in 2002, is unable to directly investigate military corruption.

The Indonesian military also retains a large network of business activities, formal, informal, and illegal, providing an off-budget source of income outside civilian control that is particularly susceptible to corruption. These businesses exist despite a 2004 law requiring all of the military’s economic activities be ended or transferred to the state. The law was never properly implemented; a 2009 decree for that purpose in fact left much of the military business empire intact.

This paper examines the problem of corruption in the military sector in Indonesia in the post-Suharto era, in particular in relation to arms procurement, and discusses the significance of recent tentative signs of greater efforts by the Indonesian civil and military authorities to address the problem. It illustrates three crucial points about democratization and corruption in the arms trade.

Visit our Publications page to access the full report.