When collegiate sports teams watch film of their games to understand and figure out their mistakes, it’s frustrating when the camera filming the game does not capture the break down on defense that led to an opponent’s goal or does not show the entire play due to human error. As a result, while video helps teams to improve and learn from their past games and practices, poor filming and panning of the field can leave a huge gap in the knowledge a team or coach could have potentially seen and fixed appropriately for the next game if the video had captured better footage of the game.

Our solution to this problem is a UAV sports tracking system that follows the play or a specific athlete during the game. Once the drone has established a line of sight to the desired target, a camera will be used to capture images and perform image analysis and classification to verify the target. This idea by itself has a very broad range of applications, however, this project will focus on using a UAV to better film athletic events and help broadcasters obtain better sports footage. Currently it is very expensive for lower level sports broadcasters to record high quality video. Oftentimes there is one camera that records the whole event worked by one operator. This can create a very mediocre experience for the viewer, as the camera operator will not always have a steady pan, or occasionally lose track of the ball or an area of interest while recording. The technology we are proposing will eliminate this user error, eliminate the cost of a camera operator, and add a new dimension to amateur sports filming. By introducing an automated, airborne tracking drone for athletics, the barrier of entry for high quality sports broadcasting can be lowered drastically. 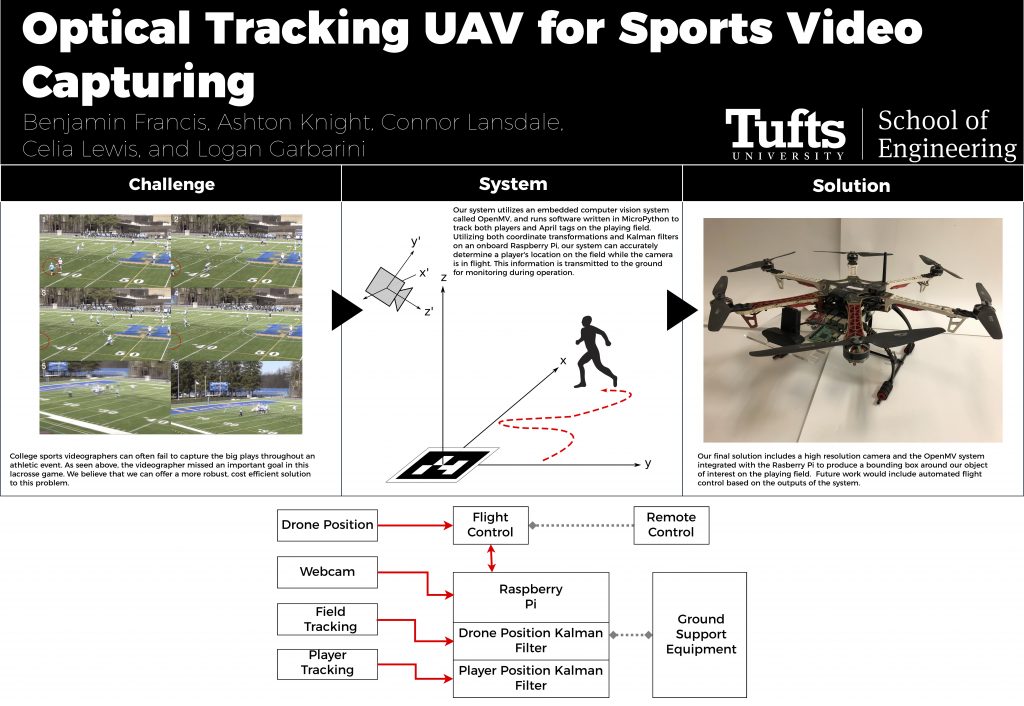