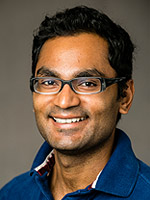 Dr. Vikas D. Trivedi – Post-doc
(Vikas.Trivedi_at_tufts_dot_edu) (Summer ’17 – )
Vikas is graduate in Chemistry and Biochemistry and postgraduate in Biochemistry from Mumbai University. He completed his PhD with a thesis on “Biochemical and evolutionary aspects of carbaryl degradation in Pseudomonas sp.” from Indian Institute of Technology, Mumbai (IIT-B), India. He joined the lab in 2017 as a postdoctoral scholar and will be working at the interface of chemical and synthetic biology to evaluate the role of bacteriocins within microbial communities.

Dr. Debika Choudhury – Post-doc
(Debika.Choudhury_at_tufts_dot_edu) (Spring ’19 – ) Debika completed her BSc and MSc from University of Calcutta, India. Post MSc, she joined Prof. Supreet Saini’s lab in Indian Institute of Bombay (IIT-B), India as a PhD student and her thesis title is “Dynamics of sugar utilization in Escherichia coli“. She joined Nair lab in May 2019 and will be working towards engineering Saccharomyces cerevisiae for non-native substrateutilization.

Dr. Karishma Mohan – Post-doc
(Karishma.Mohan_at_tufts_dot_edu) (Summer ’19 – )
Karishma joined the lab as a postdoctoral scholar in 2019 after completing her PhD from Indian Institute of Technology Bombay (IIT-B), India with thesis entitled ‘Metabolic and Molecular Study of Phenylpropanoid Degradation and the Carbon Catabolite Repression in Pseudomonas putida CSV86′. She completed her graduation and post graduation in Biotechnology from Mumbai University. Her current work involves genome engineering and developing a cell-free system for chemical synthesis.

Todd C. Chappell – Biot PhD student
(Todd.Chappell_at_tufts_dot_edu) (Spring ’14 – )
Todd graduated in 2011 from the University of North Carolina Charlotte (UNCC) with a BA in architecture and BS in Biology with a Chemistry minor. At UNCC, Todd worked in a research lab studying the effects of multiple environmental stressors on estuarine marine bivalves by analyzing the concentration of key metabolites. Following graduation, he immediately moved into graduate studies at Tufts University as a Bioengineering MS student and in Fall 2014, he switched to the PhD program. Currently, he is researching sugar metabolism in E. coli as well as biotic therapeutics to combat infections in chronic wounds.

Zachary J. S. Mays – Biot PhD student
(Zachary.Mays_at_tufts_dot_edu) (Fall ’14 – )
Zac joined the lab in 2014 with a BA in Biochemistry and Molecular Biology from Boston University and an MS in Biotechnology from Northwestern University.  His MS thesis involved a high-throughput screen for transcription factor activity throughout megakaryopoiesis. During his academic career, he interned for Eisai Pharmaceuticals and Sanofi Pasteur and later worked for BP Biofuels in lignocellulosic ethanol production. Since 2015 Zac has been developing a bacterial therapeutic to treat phenylketonuria in the Nair lab.

Bruno Motta Nascimento – Biot PhD student
(Bruno.Motta_Nascimento_at_tufts_dot_edu) (Fall ’14 – )
Bruno has a BS and MS degree in Bioprocess Engineering and Biotechnology from the Federal University of Paraná (Brazil). As an undergrad, he worked in the Bioprocess lab with submerged fermentation of fungi and bacteria producing polysaccharides with antitumor activity. In the Molecular Biology Department, he also gained experience in this area by performing gene knockouts in Trypanosomatids. While completing masters, Bruno worked as a research trainee at Bio4 Soluções Biotecnológicas (Brazil), performing DNA fingerprinting of yeasts isolated from bioethanol plants. He was also responsible for cloning and expressing recombinant enzymes in yeasts. After joining the Nair lab in 2014 at Tufts, he has joined the project on microbial transcription regulation by abortive RNA fragments as well as the biosynthesis of high-performance materials using E. coli.

Trevor B. Nicks – Biot PhD student
(Trevor.Nicks_at_tufts_dot_edu) (Fall ’17 – )
Trevor graduated from William Jewell College in 2017, earning a BA with honors in Biochemistry, Applied Critical Thought & Inquiry, and a minor in Business Administration. At Jewell, Trevor worked in the lab of Dr. Lilah Rahn-Lee where he completed a research project on retooling the omega-3 fatty acid pathway for biofuel production and developed the thermal-symbiosis model of reduced-genome evolution in Nanoarchaea. He also co-founded and was Chief Science Officer of Spira, Inc., a Cyanobacteria company and member of the IndieBio EU accelerator class of 2016. Trevor joined the lab in Fall 2017 and is currently exploring new types of cell-free system technologies.

Sean Sullivan – Biot PhD student
(Sean.Sullivan_at_tufts_dot_edu) (Fall ’17 – )
Sean graduated from Colby College in 2011 with a BA in Biology and a minor in Mathematics. At Colby, he investigated possible mechanisms for the transfer of antibiotic resistance between environmental and fish pathogens in aquaculture settings with his advisor, Frank Fekete. After graduating, Sean worked at Quanterix developing the ability for their ultra-sensitive immunoassay instrument to run and detect the output of multiple assays simultaneously. Sean joined the lab in fall 2017 and is interested in engineering lactic acid bacterial species to act as therapeutic platforms to treat various disorders.

Aaron M. Love – part-time Biot PhD student
(Aaron.Love_at_tufts_dot_edu) (Fall ’17 – )
Aaron joined the Nair lab in 2017 as a part-time PhD student and works full-time at ManusBio, a biotechnology company in Cambridge, MA recreating plant processes in microorganisms to produce natural ingredients through fermentation. He graduated in 2013 from Northwestern University with an MS in Biotechnology, where his research was focused on RNAi based therapeutics at the company Exicure in Skokie, IL. He also holds a BA in microbiology from Miami University (OH). Aaron is currently investigating fundamental effects of heterologous gene expression on microbial hosts.

Rana Said – Biot PhD student
(Rana.Said_at_tufts_dot_edu) (Fall ’19 – )
Rana has a B.Sc. and a Postbac in Biotechnology from Cairo University (Egypt). Her graduation thesis topic was “The Expression Profiling of Some Key Genes in Acute Myeloid Leukemia using Custom-made Gene Chip”. While in Egypt she also did research on characterizing the function of the unknown Baculoviral genes. After receiving the Fulbright scholarship, she travelled to the U.S to do her master’s in biotechnology at American University (Washington, D.C.). Her masters research at Dr. Bracht Lab included testing the NRG1 protein impact on human adipose-derived stem cell expansion and differentiation. In addition, she participated in writing a review paper with a group of Georgetown Medical students. This review article entitled: “Therapeutic Applications of Adipose-derived Stem Cells in Cardiovascular Disease” was accepted in September 2018. She has another paper entitled “Regional Sequence Expansion or Collapse in Heterozygous Genome Assemblies” that was submitted September 2019. She was selected to speak in a student panel about Entrepreneurship and Innovation in a Fulbright Conference entitled “From Lab to Market Innovation.” at the University of Utah, from May 29 to June 2, 2018. Rana joined the lab in Fall 2019 and is working on developing new techniques to study and engineering microbial communities.

Elizabeth Paul (Leadership Alliance Intern from University of Maryland, Baltimore County, ChBE’17) (Summer ’15) – Back at UMBC (as of Aug ’16).

Old pictures of the lab: 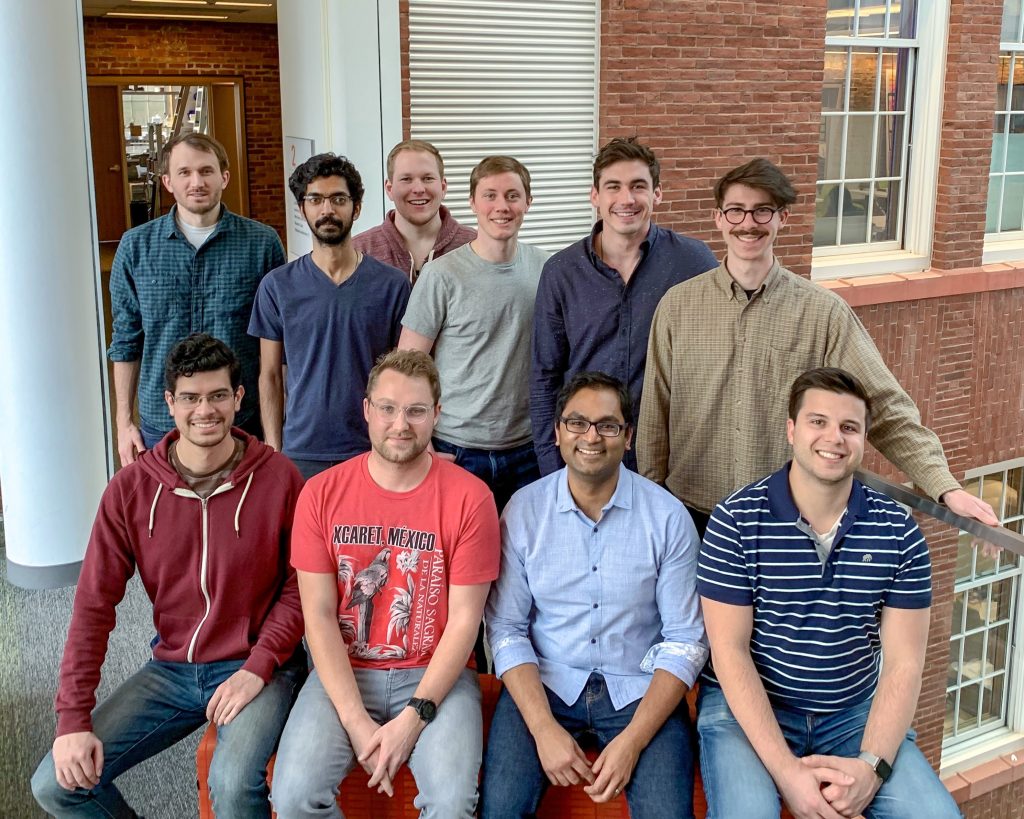 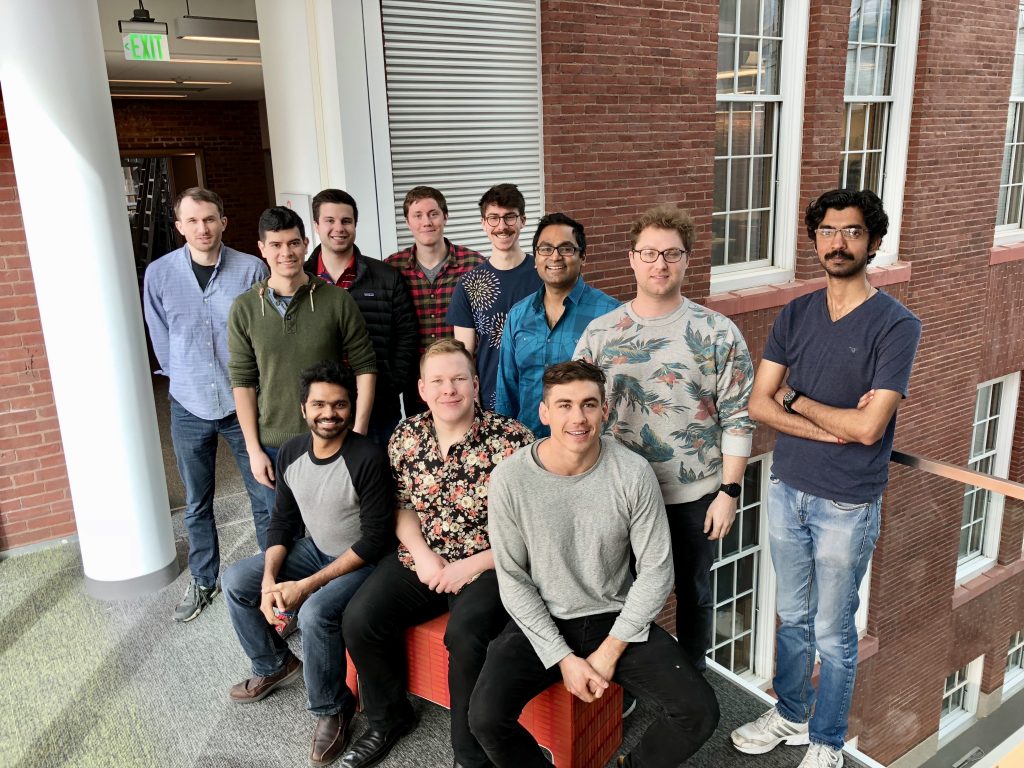 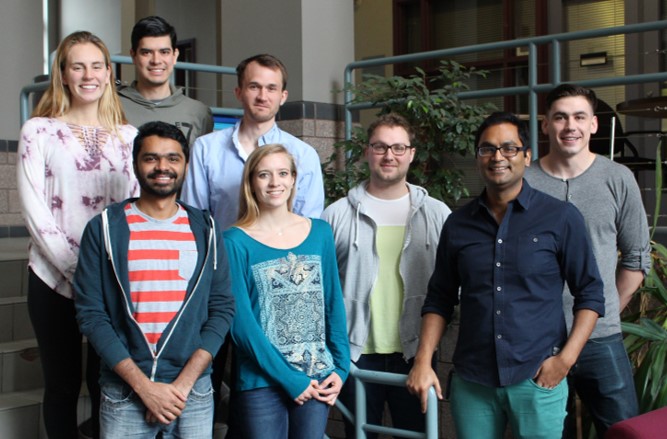 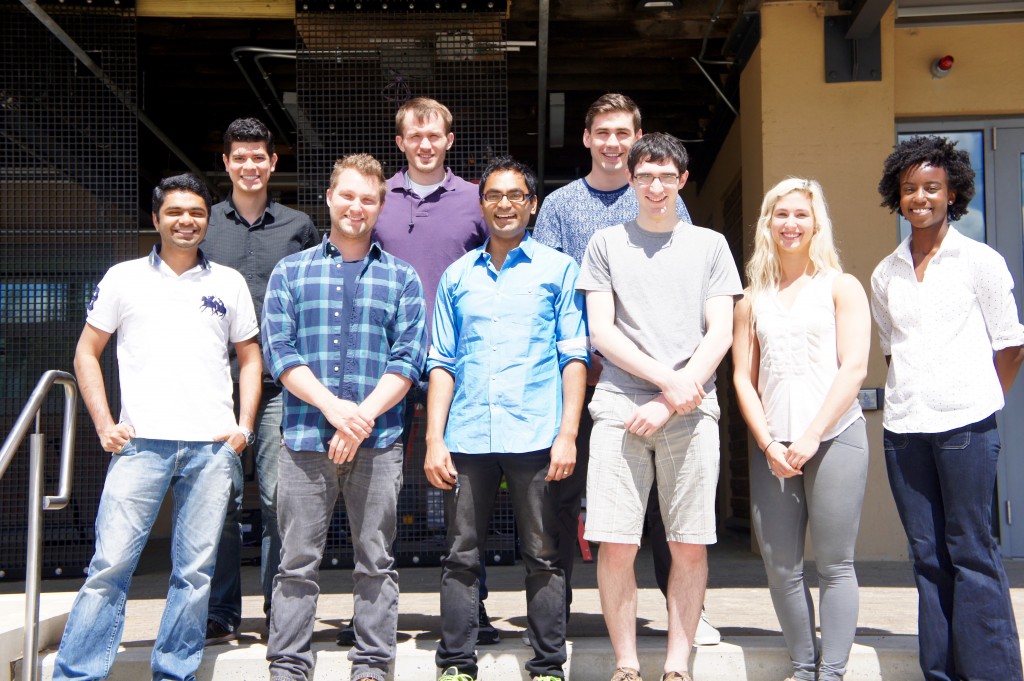