This project focuses on the synthetic aperture radar (SAR) imaging technique and its application on a drone. The main goal of the project was to create a high-resolution 3D SAR image of an object using a drone flying in a 2D aperture. Since various military, surveillance, and humanitarian aid operations require essential information regarding the landscape and environment, a SAR-equipped drone is an effective solution for imaging terrain unreachable by larger imaging platforms. 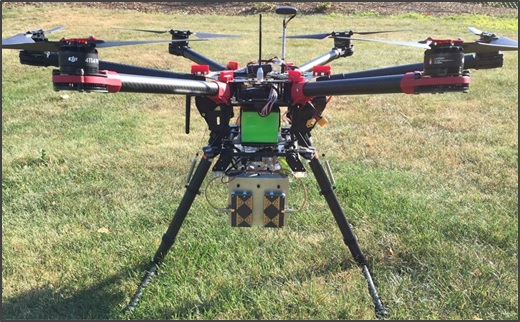 The SAR-equipped drone used for the Blue Team’s project

Over the course of this project, a high-resolution 2D image of a scoreboard was successfully created. Additionally, a gradient descent algorithm was implemented in place of the original brute force algorithm, and a differential GPS system was integrated into the system. Also, there were many legal issues that significantly impacted the progress of this project, so it was important to plan ahead to work around these obstacles. Regarding the future of this project, there are several areas that can be significantly improved upon. The GPS subsystem requires Real Time Kinematic (RTK) lock to obtain accurate GPS data, but the drone was often unable to maintain this lock, thereby having a negative effect on the resulting image. Since the original objective was to create a high-resolution 3D image, this goal should continue to be pursued in the future of this project.

Radar Test for the Blue Team’s SAR-equipped drone; the drone is shown approaching a real-time scoreboard. 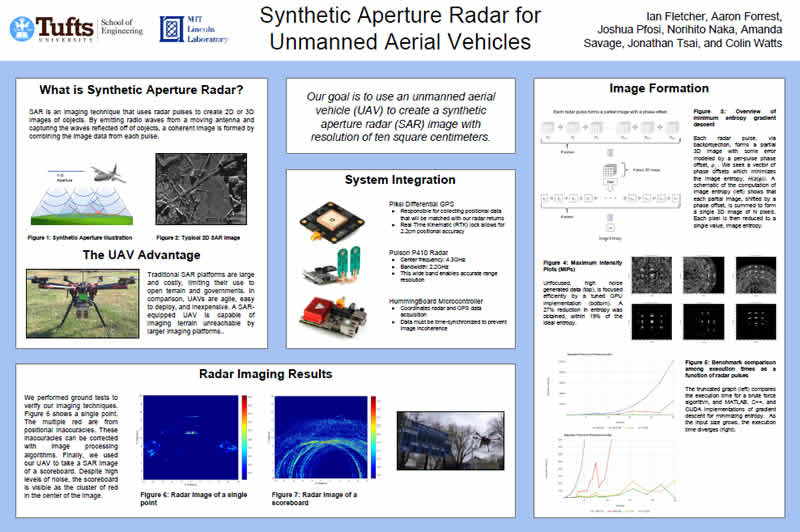