I often hear people around me explain a quirky action as “OCD.”  It would appear that the acronym for Obsessive Compulsive Disorder, a DSM anxiety disorder has entered our popular lexicon as an adjective used to describe a wide range of behaviors and feelings.  “Oh that was so OCD-of-me.”  But what is OCD really?  Here is the DSM-V definition: “Obsessions are recurrent and persistent thoughts, urges, or images that are experienced as intrusive and unwanted, whereas compulsions are repetitive behaviors or mental acts that an individual feels driven to perform in response to an obsession or according to rules that must be applied rigidly.”  In this blog post I will discuss the role of disgust in OCD. 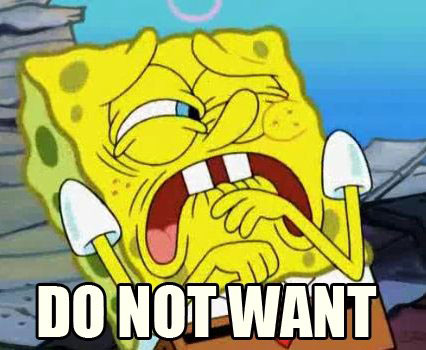 When I was nine years old I became a vegetarian.  At first I just declined to eat meat, but soon, animal flesh began to disgust me in a way that it never had before.  The smell of chicken soup in my house was enough to make me plug my nose and hide upstairs.  If my mother’s fork touched meat on her plate and then touched my plate, I would refuse to eat any part of my dinner, believing it to be contaminated.  In short, meat began to disgust me.  Disgust is considered a universal emotion because it is expressed and elicited in roughly the same manner across all cultures and ages (Stein et al.).  Evolutionary biologist suggest that disgust is adaptive because it helps protect animals from ingesting harmful substances.  For me, disgust was a feeling I experienced in response to non-threatening stimuli (such as chicken soup) and the root of my fears about contamination.  But how does the experience of OCD relate to disgust? Are their differences between the way that someone with OCD and someone without OCD react to or experience disgust? In the following paragraphs of this blog post, I will talk about some of the research that addresses these questions.

In their article, The Psychobiology of Obsessive-compulsive Disorder: How Important is the Role of Disgust?,Stein et al. ask if OCD is an extreme presentation or an inability to correctly process disgust?  Based on their review of the relevant literature, they propose that the connection between OCD and disgust may lie in the CSTC (Cortico-striato-thalamocortical circuit), a circuit characterized by dysfunction in OCD.  Research has shown that the CSTC (among other neural circuits) is integral in the experience of disgust.  One study by Sprengelmeyer et al. found that patients with OCD had difficulty recognizing facial expressions of disgust, a finding that suggests an inability to process disgust.  However, other research suggests that OCD (specifically contamination) symptoms are caused by an overactive response to disgust, which leads me to believe that the problem is not in the perception, but the reaction.

A study on the Cognitive and psychophysiological correlates of disgust in obsessive-compulsive disorder (Whitton et al.) aims to better understand how people with OCD experience disgust.  The study exposed a group of participant with OCD and a control group of participants without OCD to a photo of a typically disgusting item such as fecal matter.  They measured the experience of disgust that followed using a subjective disgust rating, and several other measures used to measure disgust physiologically.  The findings showed that individuals with OCD were more likely to experience disgust at higher levels based on the subjective rating, but there was no significant difference between the physiological responses.  These findings complicate my previous assumption that my symptoms of disgust and contamination are caused by my bodies over reaction to a disgusting stimuli.

It should be abundantly clear that I have not answered my questions about the role of disgust in OCD in this blog post.  For one, I have given examples based on my own personal experience, and I am just one person among the roughly 1% of people who are diagnosed with OCD.  I haven’t even scratched the surface of the literature available on this topic.  What I hope I have succeeded in doing, is piquing your interest in the emotions relevant to OCD.  For more information, see the links below, and stay tuned for my next post in two weeks!

1 thought on “DISGUSTING! The Role of Disgust in OCD”