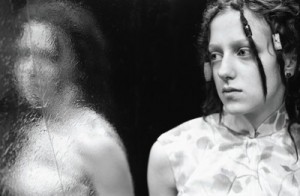 Negative symptoms represent a reduction of emotional responsiveness, motivation, socialization, speech, and movement. – See more at: Negative Symptoms of Schizophrenia: The Importance of Identification and Treatment

Last week’s blog post was an introduction to the topic of emotion in schizophrenia. I talked about the negative symptoms of the disease and their debilitating and treatment resistant clinical features. It is important to note here that, these symptoms are called “negative” because they represent an “absence” of normal emotions and behaviors. Inexpressive faces, blank looks, monotone speech, seeming lack of interest in the world and other people, inability to feel pleasure or act spontaneously are among these negative symptoms that have been proven to be correlated with poor social functioning. In recent years, our understanding of these emotion deficits in schizophrenia has benefited greatly from the adoption of methods from the field of affective neuroscience. In the past two decades the evidence that schizophrenia is a biologically-based disease of the brain has accumulated rapidly and thanks to advances in brain imaging techniques, we now have a good grasp of the precise nature of the tissue destruction and abnormal activation that take place in the brain suffering from this disorder.

Today’s blog post will cover a number of research studies aiming to understand the neurological basis of emotional response deficits in schizophrenia. A general review of the literature on this topic points to a pattern among scientists in terms of focusing on structural and functional abnormalities in mainly the limbic system, particularly the amygdala.

It has been repeatedly shown that the amygdala is crucial in the perception of facial emotions (Cristinzio et al., 2007). Thus, it is not surprising to see that there might be a relationship between amygdala dysfunction and affective deficits in people with schizophrenia.

I had discussed last week that Gur et al. (2006)’s study on emotion identification and flat affect found that patients with schizophrenia show significant deficits in facial affect recognition. With respect to the neural underpinnings of this emotion recognition deficit, Alean et al. (2005) used MRI and fMRI brain imaging techniques to answer the question: What exactly goes on in the amygdala of a person with schizophrenia during such facial emotion recognition tasks?

The structural MRI component of their study demonstrated that the amygdala volume was significantly smaller in patients with schizophrenia than in controls. Furthermore, their fMRI study revealed a diminished response of the amygdala to emotional stimuli as compared to neutral stimuli. This is a very important finding because, Alean et al. (2005) showed that when a person with schizophrenia inaccurately answers a facial emotion recognition question, his or her amygdala is not functioning the same way as that of a healthy individual and that his or her amygdala, which is the main brain region responsible for completing this identification task, is much smaller than controls. 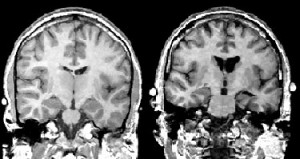 A similar study conducted recently by Mier et al. (2014) also used fMRI to investigate emotion-specific amygdala activation in people with schizophrenia. The researchers had their participants view pictures of faces expressing anger, fear, happiness, and disgust, as well as neutral expressions. Similar to Alean et al.’s (2005) findings, Mier et al. (2014) found that participants with schizophrenia showed reduced amygdala activation during the recognition of emotional stimuli but, interestingly, not during the identification of neutral stimuli. This difference between control and schizophrenia groups in amygdala activation following neutral and emotional stimuli is a remarkable finding because it shows that patients with schizophrenia have a negative bias in emotion recognition. In other words, Mier et al’s (2014) study shows that patients with this disorder erroneously interpret people around them as having an overly negative emotional valence. There is no doubt that this negative attribution bias interferes with their ability to function in social settings in a healthy way, thus leading to poor quality of life, isolation and depression.

Mier et al (2014) and Alean et al.’s (2005) results provide further evidence for impaired emotional functioning in this disorder and point to the central role of the amygdala in negative misperceptions of facial stimuli in schizophrenia. However, this is not to say that amygdala abnormalities is the one and only answer to the question of what causes emotional deficits in schizophrenia. We are not yet able to completely answer this question, but it is fair to say that we have come a long way from the Kraepelinian understanding of Dementia praecox, which we today call schizophrenia.