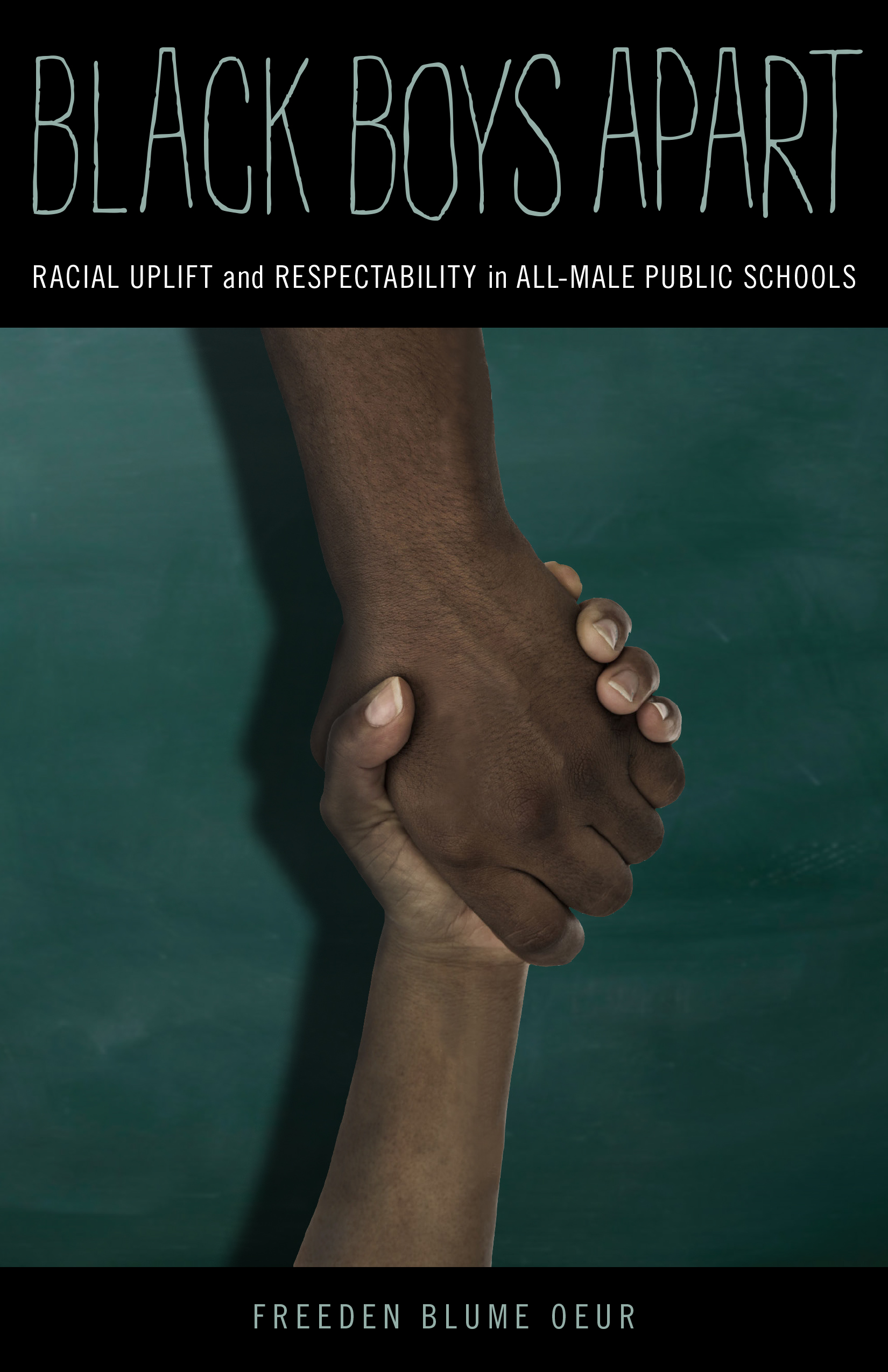 While single-sex public schools face much criticism, many Black communities see in them a great promise: that they can remedy a crisis for their young men. Black Boys Apart reveals triumph, hope, and heartbreak at two all-male schools, a public high school and a charter high school, drawing on Freeden Blume Oeur’s ethnographic work. We meet young men who felt their schools empowered and emasculated them, parents who were frustrated with coed schools, teachers who helped pave the road to college, and administrators who saw in Black male academies the advantages of privatizing education.

While the two schools have distinctive histories and ultimately charted different paths, they were both shaped by the convergence of neoliberal ideologies and a politics of Black respectability. As Blume Oeur reveals, all-boys education is less a school reform initiative and instead joins a legacy of efforts to reform Black manhood during periods of stark racial inequality. Black male academies join long-standing attempts to achieve racial uplift in Black communities, but in ways that elevate exceptional young men and aggravate divisions within those communities.

Black Boys Apart shows all-boys schools to be an odd mix of democratic empowerment and market imperatives, racial segregation and intentional sex separation, strict discipline and loving care. Challenging narratives that endorse these schools for nurturing individual resilience in young Black men, this perceptive and penetrating ethnography argues for a holistic approach in which Black communities and their allies promote a collective resilience.

“In this sensitive, detailed ethnography, Freeden Blume Oeur takes readers into the world of all-male public schooling for African American boys. With clean, lucid prose and erudite analysis, Black Boys Apart challenges readers to rethink Black masculinity and education. Providing much-needed wisdom and humanity to the fractious school choice debate, this book is both timely and sure to make an enduring impact. An outstanding achievement.”

-EDWARD W. MORRIS, University of Kentucky, and author of Learning the Hard Way: Masculinity, Place, and the Gender Gap in Education

“In Black Boys Apart, Freeden Blume Oeur demonstrates why he is one of the emerging go-to critical thinkers on the intersections of race and gender in schooling. In this descriptive and engaging book, we read of Blume Oeur’s bold multidisciplinary exploration and interrogation of the linkages among academic achievement, the politics of respectability, and the socialization of boys as men through dominant (and questionable) views of masculinity.”