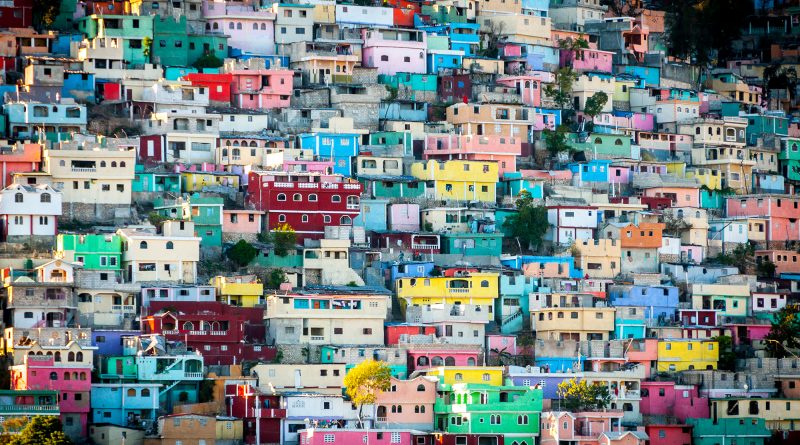 During the winter of 2019–2020, I interviewed two first-generation Haitian immigrants, both men in their twenties. We discussed their experiences using informal savings groups, referred to as sòl or susu in Haitian Creole. What I learned about how these participants utilize their sòls indicated a departure from practices that defined usage of similar groups by previous generations. These interviews raised the question of how the use of sòls and other informal savings groups may be changing. What aspect of sòls are attracting younger generations of Haitian immigrants to them today?

For these two participants, sòls appeared to be less popular as a method for building social capital as they’d been used be previous generations. In fact, neither participant directly knew other members of their sòl, nor did they intend to meet them. Sòls did, however, maintain their relevance as a unique mechanism for financial saving outside the bureaucracy of formal banking institutions, even among the younger immigrants I spoke with.

The Changing Use of Sòls

Historically, many immigrants have used informal savings groups as more easily accessible alternatives to formal financial services. When accessing formal services in the United States, immigrants often face obstacles such as bank fees and complex, unfamiliar processes involved in opening and overseeing bank accounts. Informal savings groups, on the other hand, serve as a mechanism for financial savings while avoiding these bureaucratic hurdles.

In addition to their accessibility, informal savings groups have been lauded for their ability to enhance social capital and build community for their members. In his book about the Haitian community in New York City, Michel Laguerre specifically discusses the importance of trust and social capital for Haitian immigrants in relation to sòls. Although Haitian immigrants widely use sóls upon their arrival in the US, Laguerre notes their relative decline in popularity among younger generations. Research on Haitian immigrants conducted through the Henry J. Leir Institute echoes this sentiment, where older migrants expressed concern that younger generations would stop using sòls.

Between December 2019 and January 2020, I interviewed two men, 29-year-old Louis, who immigrated to the U.S. from Haiti several years ago, and 24-year-old Steeve, who immigrated as a young child. In addition to being millennial Haitian immigrants living in the Boston area, both men served in relatively well-paying, full-time jobs at the same non-profit organization while simultaneously working toward their bachelor’s degrees at local universities. Among both participants, their use of sòls in the U.S. complemented their use of formal financial services. Steeve explained that he waited to use a sòl until his income reached a certain level. “I’ve become a lot more financially secure since coming to Boston, which has enabled me to use savings groups.” Since Steeve previously used formal financial services, his experience highlights how formal savings tools with comparatively lower financial requirements can enable participation in informal savings groups.

Culture also appears to be a significant factor in both respondents’ decisions to become involved in a sòl. Louis described how the sòl was a facet of Haitian culture that remains important to him.

“In order to access money you need to do something specific, people will get into a sòl…to resolve their issues. We get that culture from Haiti…. Ever since I started working [in the Boston area], I was like, ‘Where is the sòl at?’”

Steeve described seeing his father participate in sòls as a child, informing his decision to use them as an adult. In this way, cultural significance seems to have contributed to usage among successive generations of Haitians.

While these interviews make up a small sample, they raise questions about whether younger Haitians are not only still using sòls, but how they are using them, i.e., entwining them with their use of formal financial services, illustrating that use of sòls may be shifting in nature. What appears to be diminishing are the social ties to the local Haitian community through the participants’ sòls compared to past generations. However, more research is needed to discern whether these two examples of shifting usage are associated with a decline in overall participation rates. The following sections will explore how these changes in social ties manifest in the participants’ use of sòls.

The Importance of Trust and Community

Despite not directly knowing the members in their respective sòls, both Steeve and Louis discussed the importance of trust in deciding if they would join a certain sòl. The primary fear was that a group member would abscond with their payout and cease contributing, leading to a disruption in the group, which is an enduring concern among informal savings group participants. As Louis shared:

“You must trust everybody in the group making the sòl. Trust is the first fact. Before you get into a sòl in Haiti, the first question will be, “Who is in it?” If you know that someone has weird behavior with money, you won’t get involved in that sòl because you know that…there is some possibility that you won’t be able to retrieve your money at some point in time.”

Although trust is cited as a critical factor, neither respondent had met the members of their sòl in person.

Louis shared that he was only familiar with the administrator of the sòl, who is his stepmother. For him, it appears that a strong relationship with the leader of the sòl is enough to assuage his fears of having someone disrupt or take advantage of the group. According to participants, the administrator is taking the largest risk because they are the ones who will most likely cover any shortfall in the event of non-payment by group members. Steeve appeared to confirm this sentiment: although he did not directly know the administrator of his sòl, she was the mother of an acquaintance, which provided some level of familiarity, and he was originally connected with his current sòl through a friend. For both men, an indirect or direct relationship with the administrator was sufficient, while knowing the rest of the group was less important.

Steeve has an even more distant relationship with his sòl than Louis. While he knew the administrator was an acquaintance’s mother, he had never met her in person. Further, Steeve’s administrator is located in New York City while he lives in the Boston area. He has no idea where the other members live. The group uses a digital money transfer service for sending and receiving money every month.

Trust is still a factor for both participants, but they do not feel the need to meet as a group. As mentioned, Steeve does not even feel the need to meet the administrator in person and uses an impersonal means of participation. Steeve and Louis may be outliers in regard to not meeting as a group, or perhaps this is increasingly common among the more digitally inclined younger immigrants, but a larger sample size is needed to better understand if and how the social aspect of informal savings groups is shifting generation to generation. This would shed light on immigrants’ experiences with financial and social inclusion, how they intersect, and how they may be disentangling.

While Steeve and Louis’ use of sòls mark a departure from the importance of the social aspect of the groups, how they interact with their sòls underscores the versatility of informal savings groups, and how they complement formal financial services. From our discussions, informal savings groups like sòls are useful for allowing members to receive lump sums without paying interest and being able to negotiate the timing of payouts to accommodate budgetary needs or unforeseen expenses.

Informal savings groups like sòls may be especially useful for people receiving irregular or seasonal incomes as they can often arrange to consolidate their contributions when earning a wage with plans of receiving a payout when work is scarcer. While Louis has an annual salary from his full-time job as a computer specialist at a non-profit organization, his sòl enables him to time his payout to coincide with tuition payments, since he is working toward his Bachelor of Science degree.

“I have been usually using my hand to pay for my class semester. So sometimes I take the first or second hand and I will pay for the semester, and during that time, instead of taking loans, I just pay through the month. I’m paying this semester with a sòl.”

With the increasing tuition costs associated with higher education, and predatory interest rates attached to student loans, sòls are an excellent alternative for managing the high cost of education. As prices and rates continue to rise, the use of informal savings groups may become an increasingly valuable resource as people try to adapt.

Louis also discussed how members of the sòls could borrow emergency funds when needed. “If you have something going on in your life where you need the money first, it is possible to change the order.” Members can also split their payouts when needed, further demonstrating the flexibility of the sòl: “So someone takes a half-hand in April and gives the person in need the other half, and then when the other person gets paid, the person whose hand was in April will get their other half.”As with tuition payments, the interest attached to a formal bank loan that may have been needed in an emergency is avoided. However, greater unfamiliarity between group members due to the use of digital money transfer services, such as in Steeve’s case, could potentially lead to less flexibility when negotiating payouts given the trust inherently required when negotiating split payout.

The way that Steeve participates in his sòl attests to the versatility and changing nature of not only what sòls are used for, but how they are used: “I simply Zelle my money to her [the administrator] and she’ll Zelle the payout back when its time.” As technologies change, it appears some sòl users incorporate them to make use more accessible, similar to how formal financial services increasingly offer online and mobile-based options.

Understanding the Evolution of Sòls in Younger Generations

Is there something beyond the financial benefits that keeps sòls relevant and useful for younger Haitians?  While the social aspect of sòls appears to be less salient among the respondents, both discussed the benefits of avoiding interest rates on purchases that usually carry predatory rates.  Sòls have remained a fixture in the financial lives of Louis and Steeve, both of whom explained that their older relatives frequently used them as well, showing a persistent cultural connection among Haitian immigrants. For the respondents, sòls cohabitate a space alongside formal financial services that enable borrowers to maximize the utility of both sectors, serving a vital role in the financial lives of immigrants of varying degrees of wealth. Additional research into these theories and questions are needed to understand why the social dimensions of sòls may be diminishing.

Aaron Steinberg is a Research Associate at the International Labor Rights Forum and a 2021 graduate of the Fletcher School of Law and Diplomacy.