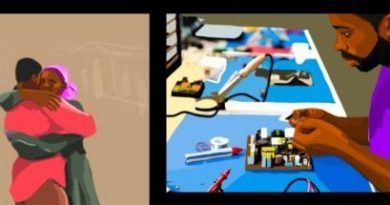 A hotel adapts to the culture of its patrons.

Fleeing violence, a Haitian starts a successful business in Tijuana

END_OF_DOCUMENT_TOKEN_TO_BE_REPLACED 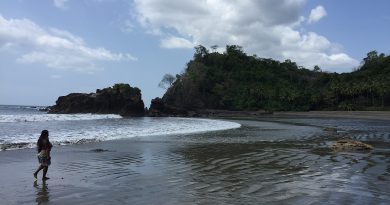 In this video by the PBS NewsHour, PBS correspondent Nadja Drost and videographer Bruno Federico accompany migrants on the perilous journey through the Darien Gap. The 66-mile jungle tests the mental and physical strength of all who dare to cross it, wounding many and entrapping others never to be seen again.

END_OF_DOCUMENT_TOKEN_TO_BE_REPLACED 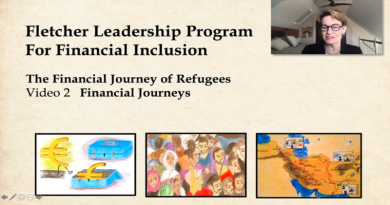 This video sheds light on how refugees and migrants finance their journeys and how they manage their money while en route. The information draws on Fletcher research in Latin America, the Mediterranean and the Middle East and Africa.

END_OF_DOCUMENT_TOKEN_TO_BE_REPLACED

This video traces the reasons people leave their country of origin, some of the routes they travel, and the costs of the journey. The information draws on Fletcher research in Latin America, the Mediterranean and the Middle East and Africa.

By Tania Smith, under the supervision of Kim Wilson. By the time I received approval to research the integration strategies of Haitian migrants living in Tijuana, they had already been covered extensively by the media. As a Haitian–American who was raised in Haiti, I knew that I would be able to process and understand nuances that other researchers and journalists could not. I am a fluent French and Haitian Creole speaker with innate knowledge of Haitian culture. My expectations for myself were high. I assumed that I would arrive in Tijuana and immediately be able to fit in and connect with the migrants. I assumed that because I was a “compatriot,” Haitians would be ready and willing to interview with me and I would be welcomed into their community with open arms. I was wrong.