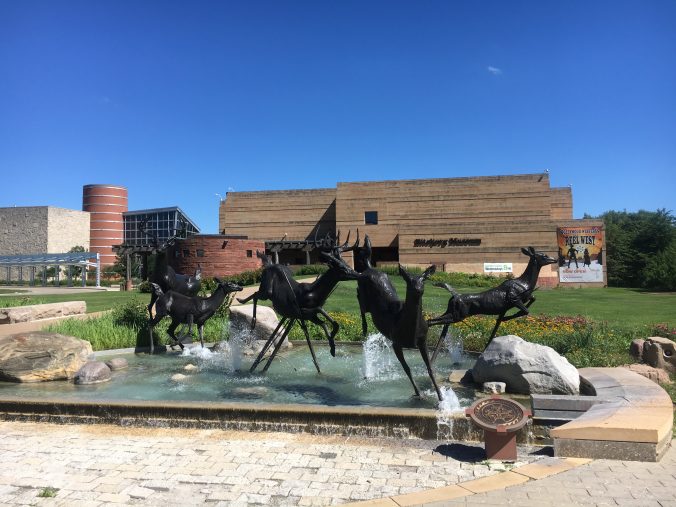 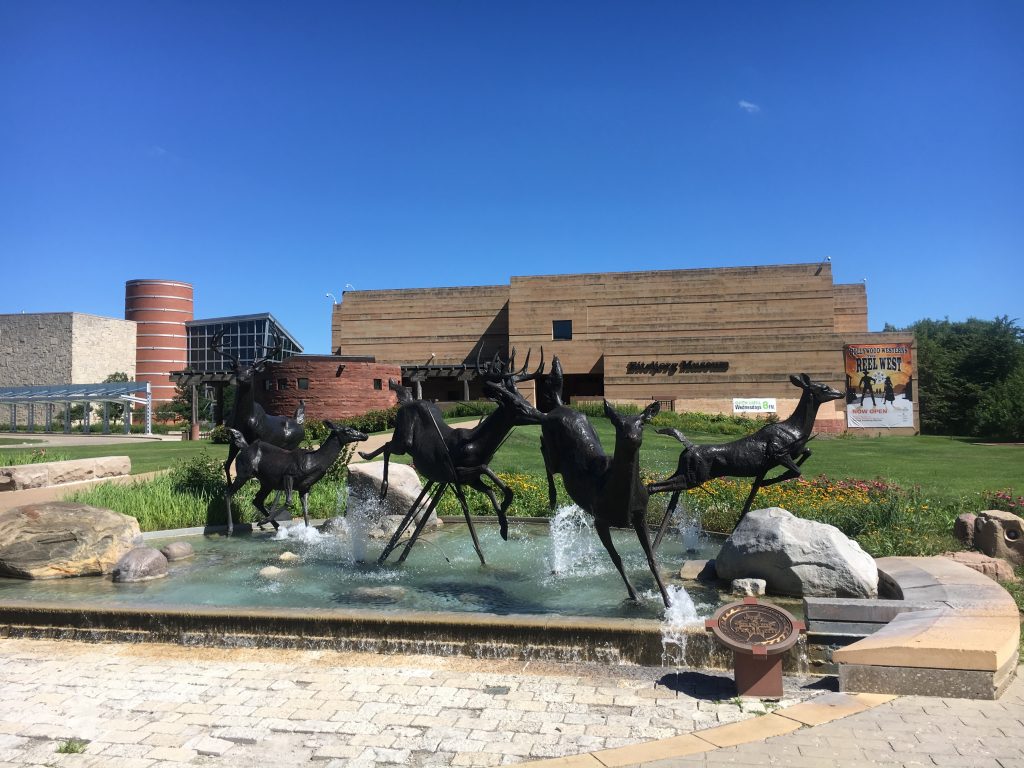 The Eiteljorg Museum of American Indians and Western Art

Like many museum lovers, a visit to an unfamiliar city is a chance to discover new museums. Being in the museum field, those visits are an invaluable chance to find inspiration, see museum trends in action, and gain new ideas for future practice. Never have I found this to be more true than with a recent visit to Indianapolis and the Eiteljorg Museum of American Indians and Western Art. This one-of-a-kind museum exemplifies what it is to be a modern museum focusing on interactive displays, shared authority, and visitor experience. But more importantly, the Eiteljorg is a decolonizing museum, representing indigenous people and cultures not as relics of the past, but as contemporary and still here.

The Eiteljorg Museum was founded by Indianapolis businessman and philanthropist Harrison Eiteljorg in 1989. Originally conceived as an art museum, the institution made an early commitment to a shared authority with indigenous people. As founding curator Mike Leslie wrote, “The museum’s overall programming emphasizes not only the historical importance of Native American art and artifacts, but also their importance in a modern context. We must not forget that Native American cultures are still flourishing artistically.”

By 1991 the museum had formed the American Indian Advisory Board, this board would work directly with the museum’s administrators, curators, and collections staff to provide guidance, assistance and direction in all matters associated with the art, history, and culture of native peoples of North America. One of the main takeaways from the advisory board was the need for the museum to create a distinction between ownership and stewardship in relation to sacred and sensitive objects.

In 2002 the museum continued to indigenize museum spaces with the opening of a new permanent gallery, Mihtoseenioki: The People’s Place, created in collaboration the advisory board and representatives from local tribes. The exhibit was opened to interpret the Miami, Potawatomi, Delaware, and other tribes who were and still are an important part of the state’s history and culture. 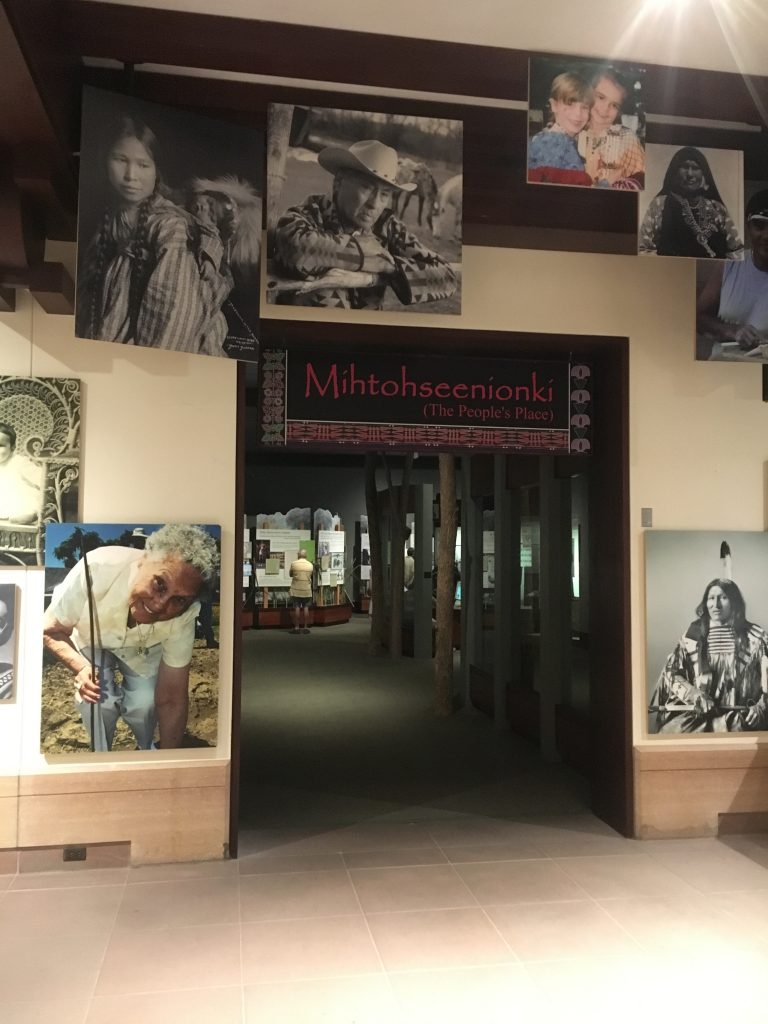 It was in this exhibition I felt the most inspired, intrigued, and moved. Mihtoseenioki tells the stories, both past and present, of the original Miami people as well as that of other tribal groups that moved into the current state of Indiana as the result of European conquest and expansion. The written panels were written by members of native communities and curated by Ray Gonyea an Onondaga Iroquois. While many museums have been accused of presenting indigenous people and cultures as historical and ethnographic this exhibition leaves visitors with the knowledge that indigenous people are still here and that tribal cultures are still being practiced. This same theme was carried through the rest of the Eiteljorg’s art galleries. The gallery space was organized not chronologically but geographically with historical and contemporary art side by side.

While I was most affected by the Eiteljorg’s decolonizing efforts, the museum further impressed me with their commitment to improving the visitor experience. This was made clear through the incorporation of different evaluation tools throughout the exhibition, encouragement of visitor feedback, multiple hands-on, participatory, and interactive exhibit elements for visitors of all ages.

As museum practitioners, I encourage us all to keep and eye on the Eiteljorg Museum and any future innovations they may take.

Families Belong Together: How Should Museums Respond?